'There is beauty in the darkness': Boarded up businesses become works of art

Artists are painting the plywood that covers the windows of closed businesses and spreading a message of hope. 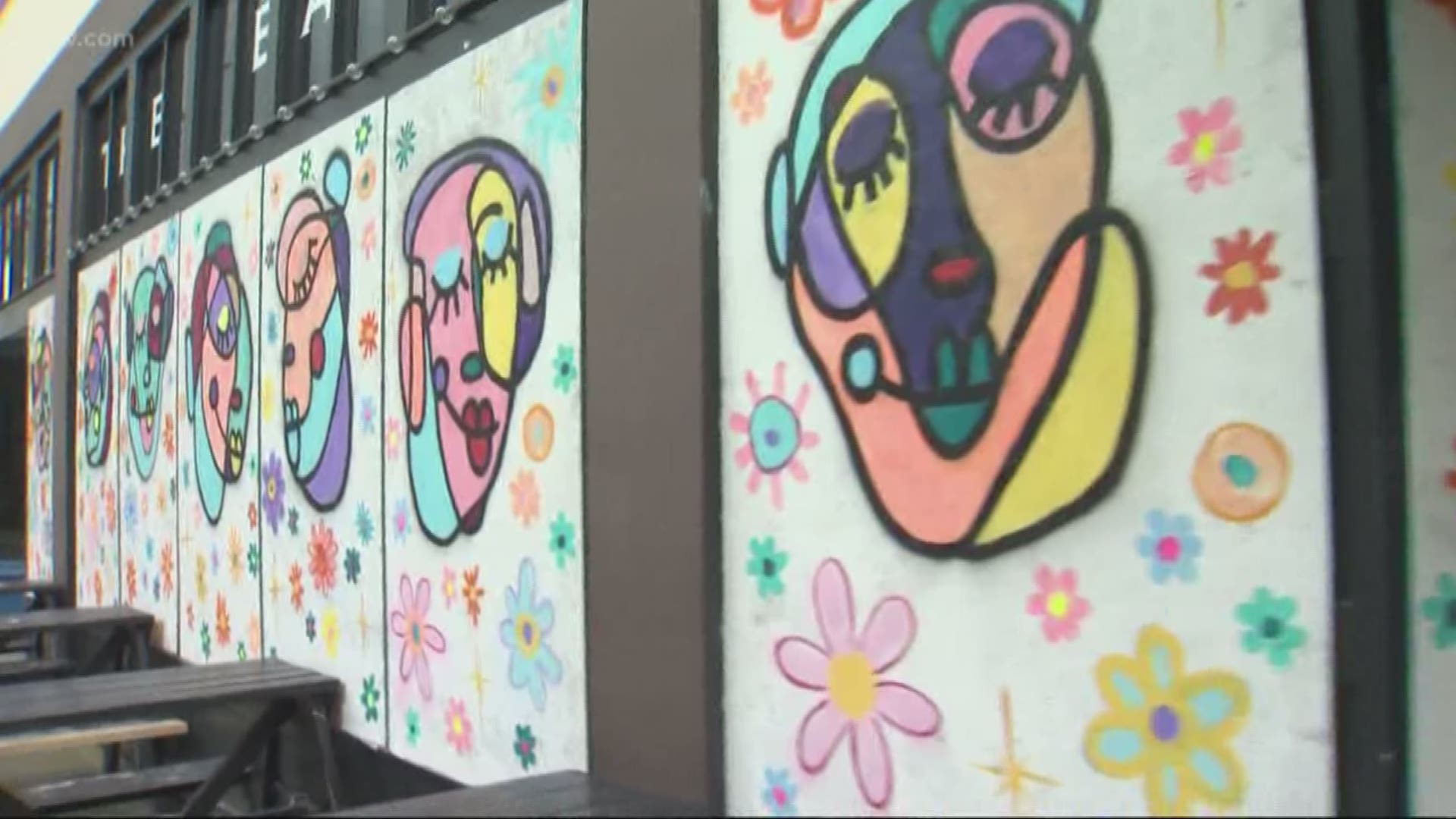 PORTLAND, Ore — Plenty of businesses across the Portland metro area are boarded up and it is a downer. The owner of The Eagle Eye Tavern in the Lents neighborhood realized that and did something about it.

"I didn't want to put any more of a blight on the neighborhood than there already is with so many businesses closed everywhere," said Erin Wagner, owner of The Eagle Eye Tavern.

After closing her bar and boarding up the windows, Wagner called up one of the bartenders she had temporarily laid off. She happens to be an artist.

"She asked if I wanted to do something fun on it," said Shawna Mullany. "I was spending the last  few days trying to keep my mind busy and doing art and I came up with the little face guys."

Mullany got to work. The plywood covering the panels of glass outside the tavern was a blank canvas. Mullany created something beautiful.

"I think it would be really rad if it started popping up everywhere," she said.

Mullany was on to something. KGW found murals covering boarded up windows in the Pearl District. Some of them offered messages of hope, similar to what Wagner and her team were hoping to accomplish back in Lents.

"There is beauty in the darkness right now," said Wagner.

That beauty is not lost on neighbors who walk by the tavern.

"It brightens the area up a bit," said neighbor Devon Campbell. "Puts a smile on people's faces when they walk by."

Right now, more than ever, that goes a long way.

The project outside The Eagle Eye Tavern not only brightened up the neighborhood. It put a bartender, who had been laid off, back to work for at least a couple of hours. Wagner paid Mullany for her time. If you would like to see more of Mullany's work you can visit her Instagram page. Her name is @oddmaree.