The crashes happened Tuesday near White Pine and Strawberry Plains, according to THP. 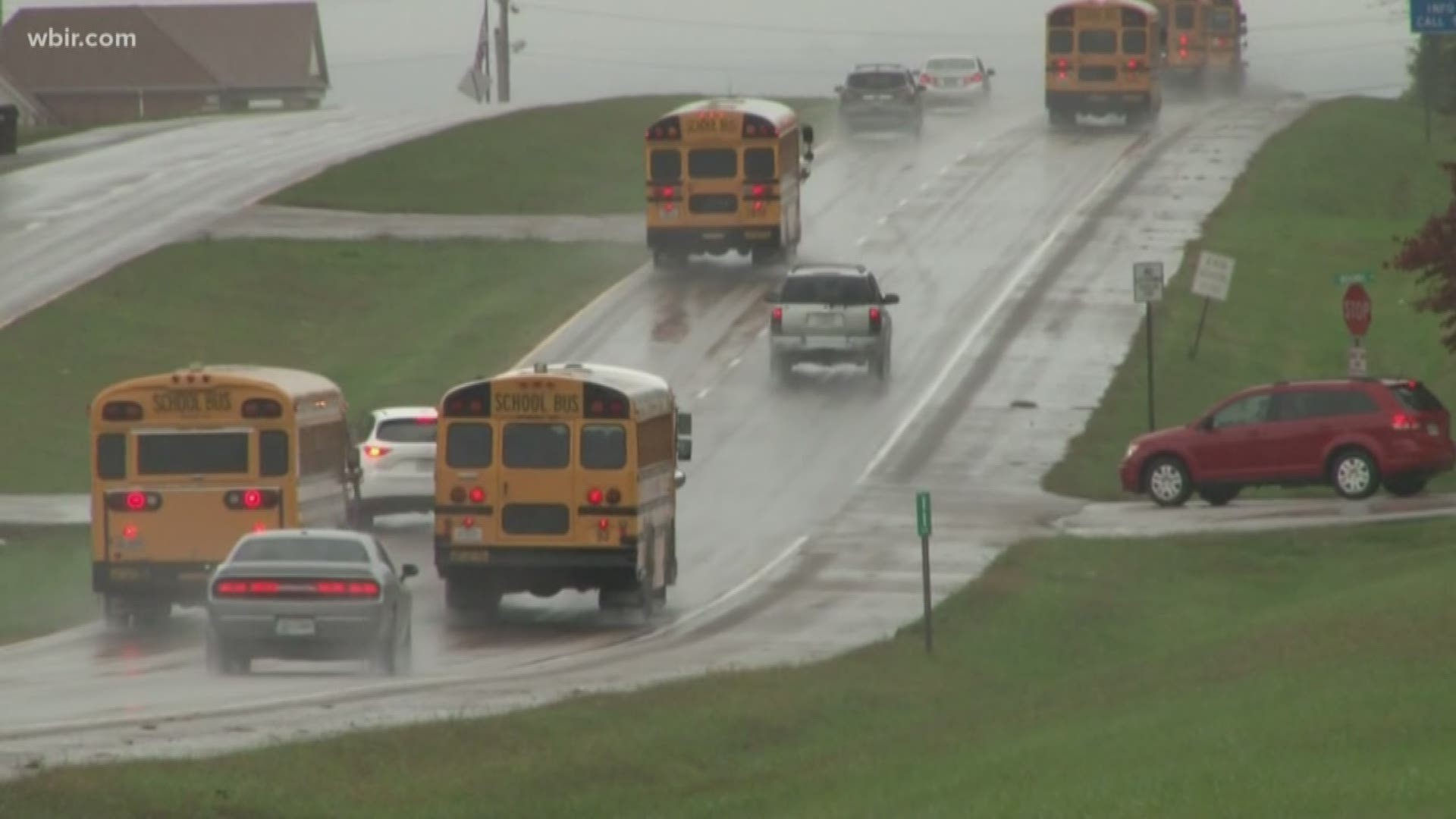 JEFFERSON COUNTY, Tenn. — On Tuesday afternoon, Freddie Reeves was waiting for his children at their bus stop. After about 10 minutes, he began to worry.

"The kids were late getting here," Reeves said. "I called the school. They said they'd been in an accident."

His kids were on the school bus that was hit in White Pine on Leadvale and Leadmine Road. The Tennessee Highway Patrol said the bus was crossing Leadvale Road at the Leadmine Road intersection when a pick-up truck traveling through was unable to stop -- hitting the right rear side of the bus.

THP said minor damage was caused to the bus, and the truck had to be towed away.

"It was scary, really scary, especially with the roads being bad," Reeves said. "The school had a great response time. They were down there before even I was."

Reeves' children were on the second bus that crashed in Jefferson County on Tuesday afternoon.

Solomon said a school bus carrying around 45 kids and a car collided at Blue Springs Road and Big Rock Lane.

THP's preliminary report said the bus was traveling north on Blue Springs and turned on its caution lights to make a stop at the intersection to let kids off. As the bus began slowing, THP said a car traveling south hit the brakes and began sliding on the rain-slick road, crossing over and hitting the bus head-on.

"Everything you do smoothly on dry road needs to be smoother on wet or particularly snowy roads," Driving 4 Life owner Greg Mangan said. "Brakes have to be applied very gently."

He said making sure your tires have the proper tread and are inflated can help grip the road. He also said drivers need to leave extra room between cars to create a margin of safety during wet weather.

"We are very grateful that no one was injured in yesterday’s bus accidents and are very appreciative of the teamwork that exists in our communities," Jefferson County Director of Schools Shane Johnston told 10News. "Anytime I am notified of a bus accident it does cause the heart to beat a little faster."

No injuries were reported in either crash. Sherry Dotson, Jefferson County Schools' Director of Transportation, said bus crashes in the county are rare.

"These drivers have a huge responsibility," Dotson said. "If our parents could just watch out, we'd be very grateful."

That's the same message Freddie Reeves is trying to share.

"We can replace our jobs. We can't replace our kids," Reeves said. "Slow down, take your time. Our kids are our future."

Preliminary reports from THP said no charges are pending.