The bill, HB1544, is the first legislation filed for consideration when the lawmakers return to their regular, called session in January 2020. 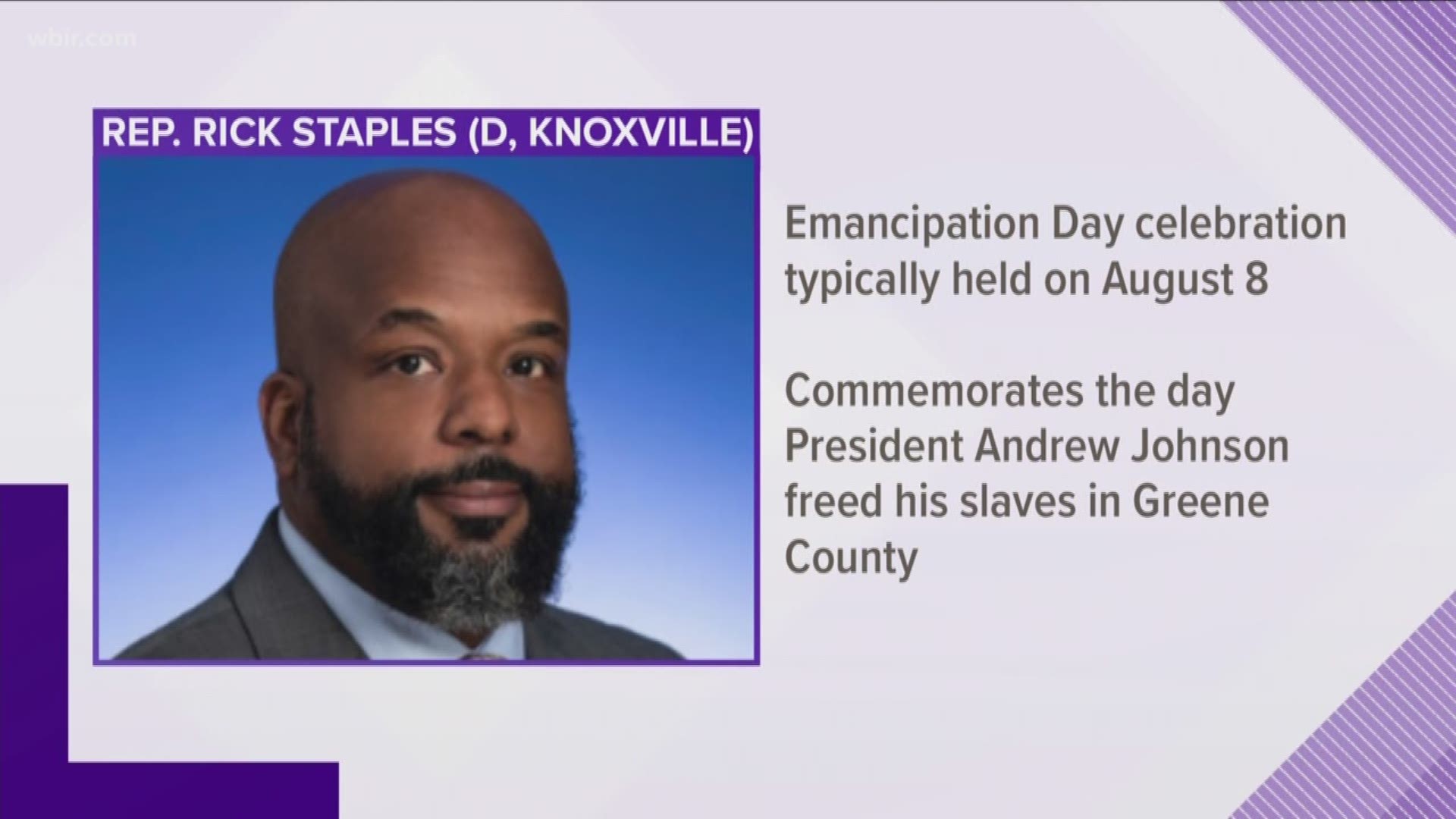 Emancipation Day celebrations are traditionally held on Aug. 8, many are called Eighth of August Celebrations, and commemorate the day in 1863 when future President Andrew Johnson freed his slaves in Greene County, Tennessee prior to the implementation of the Emancipation Proclamation.

"The resolution states celebrations are documented in Greene County 'at least as early as 1875 in The Greeneville American, and over one hundred years ago in The Greeneville Herald and Knoxville Sentinel'," according to a release from Staples' office.

It also notes that Emancipation Day ceremonies have been observed in Kentucky, Virginia, North Carolina, Arkansas and Missouri.

“In 2007, the legislature recognized August 8th as a day of special observance. This is the next logical step in honoring the history of Tennesseans of African descent in this state," Rep. Staples said.

The bill, HB1544, is the first legislation filed for consideration when the lawmakers return to their regular, called session in January 2020.