"Vaccine refusal is one of the growing public health threats of our time." 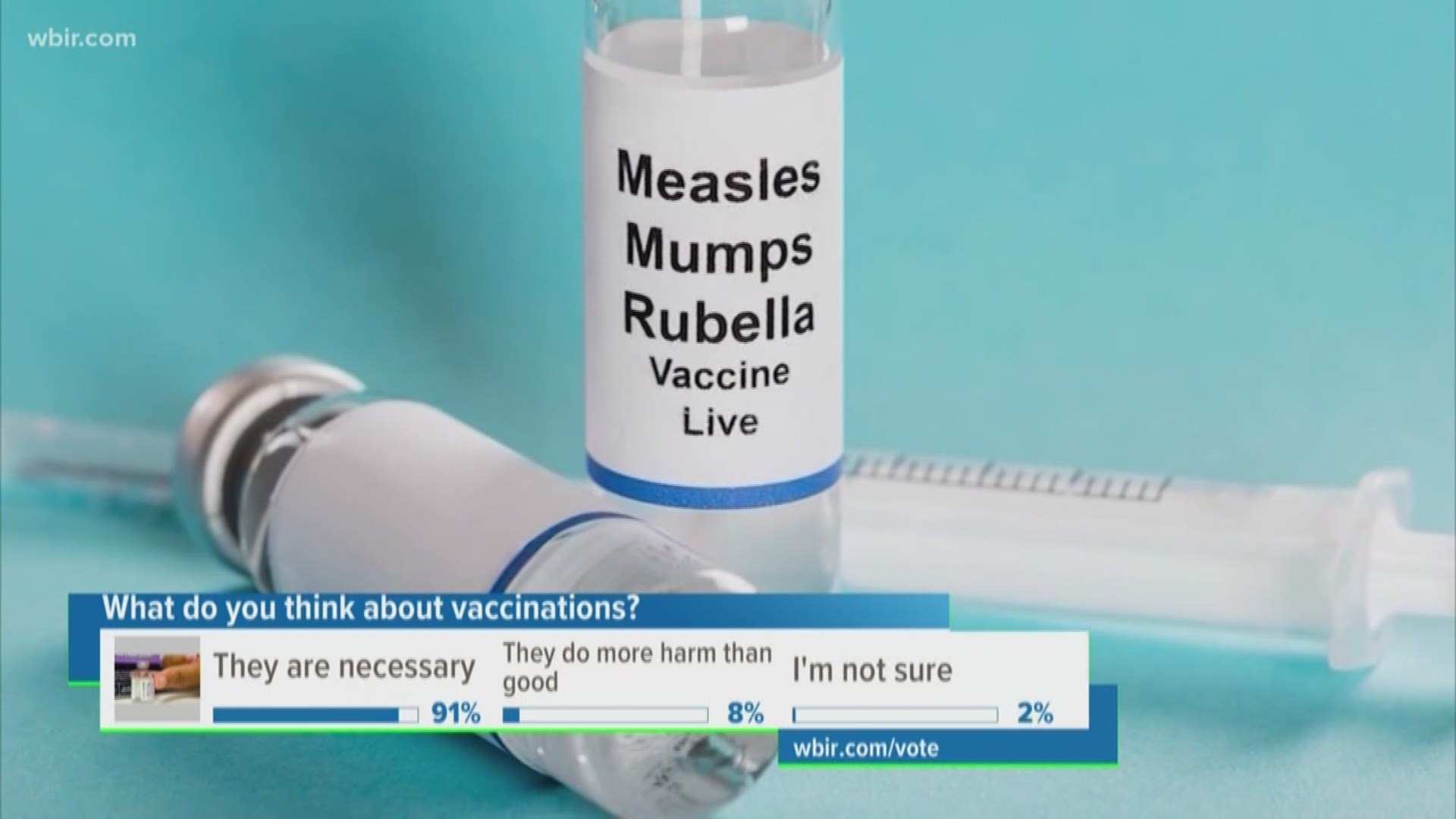 KNOXVILLE, Tenn. — Tennssee Senator Lamar Alexander put the pressure on parents to do what he calls the right kind of research when making decisions about vaccinating their kids.

He did so at a senate hearing in response to the measles outbreak in the U.S.

"As with many topics, just because you found it on the internet doesn't mean that it's true," said Alexander.

The CDC reports measles cases are confirmed in 11 states so far this year.

Doctors said vaccines are the answer to this problem.

Immunization records in Tennessee are high.

According to the state health department, over 95 percent of kindergarten students were fully vaccinated before starting school in 2017.

But, thousands of kids in Tennessee remain unvaccinated for a variety of reasons.

Whether it be for religious or medical reasons, or incomplete records in some counties, more than 3,500 Tennessee kindergarteners were not vaccinated by the start of the last school year.

"Vaccine refusal is one of the growing public health threats of our time," said Dr. John McCullers, Chair of Pediatrics at the University of Tennessee.

That's a concern of many doctors nationwide, and Senator Alexander.

The senator didn't hold back at Tuesday's senate hearing, blaming social media as the reason many parents chose not to vaccinate their kids.

"Internet fraudsters who claim vaccines are not safe are preying on the unfounded fears and daily struggles of parents and they're creating a public health hazard that is entirely preventable," he said.

Of the 13,270 students in 19 East Tennessee counties who started kindergarten in 2017, 96 percent of them were fully vaccinated before starting school.

Of the 517 kids not vaccinated, 177 cited religious reasons, 34 cited medical reasons, 193 aren't up to date, and 113 records are missing or incomplete.

"In the end every parent certainly has the right to make the decision that they feel like is best for their child, but on the surface this is something that we greatly appreciate that the majority of our parents do comply with," said Terry Hill, chair of the Knox County School Board.

You can see the most recently released immunization records for every county in Tennessee by clicking here, or looking at the list below.

Doctors ask that parents ask them and not the internet when they have vaccine questions.

"Here's what I'd like for parents in Tennessee to know," said Alexander. "Vaccines are approved by the Food and Drug Administration."

The Tennessee State Health Department announced it's investing $400,000 in an ad campaign to promote the value of vaccines.