As Knox Co. officers approached the door of the room where the suspects were believed to be staying, the suspects fired shots through the door at the officers. 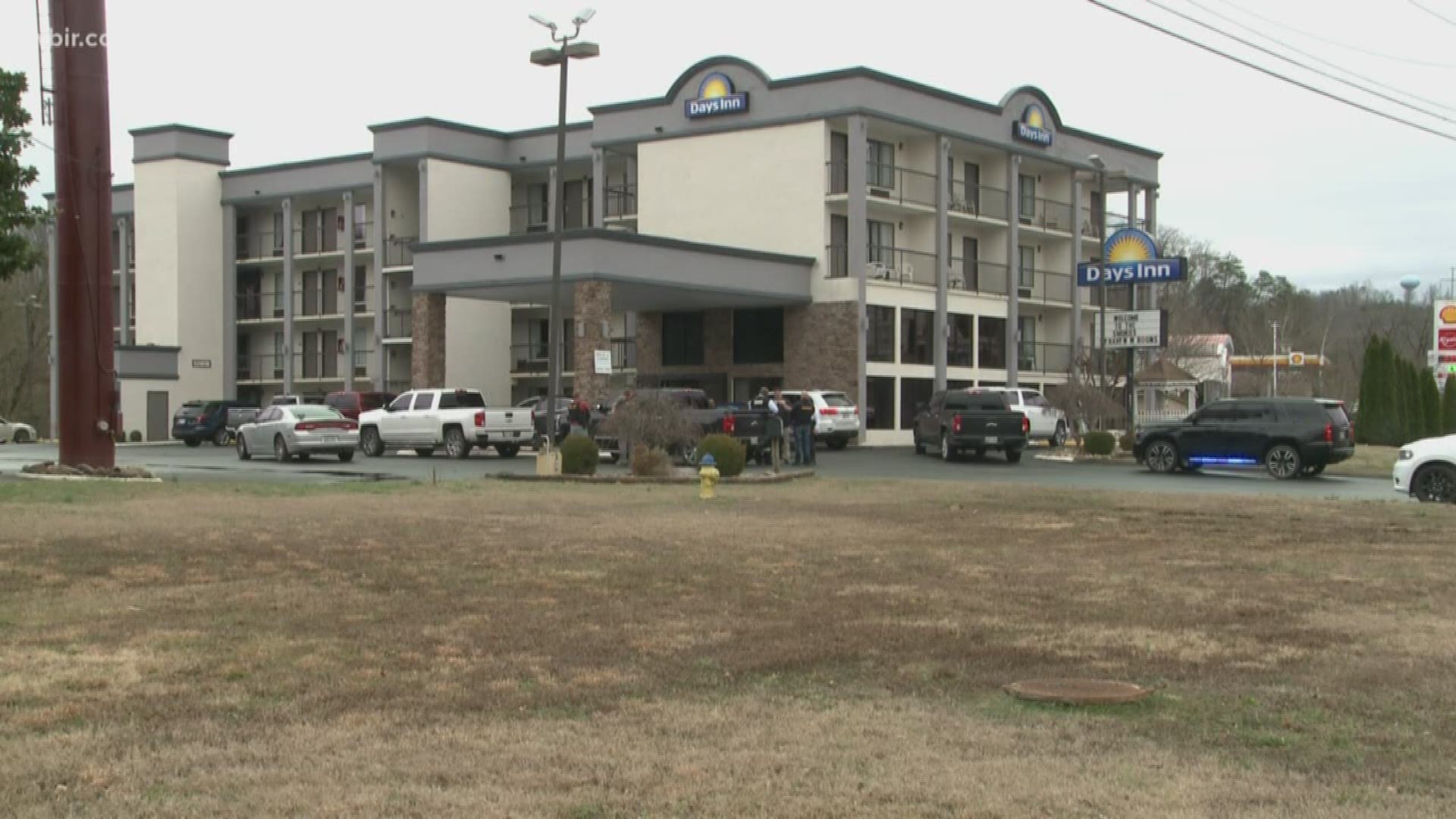 Richard Smith, 31, faces 10 counts of attempted first-degree murder. According to Sevierville Police, there were ten KCSO deputies outside the hotel room when Smith apparently fired a handgun multiple times at the deputies. Megan Arnold, 22, was charged with criminal responsibility for facilitation of a felony, police said.

Both were transported to the Sevier County Jail and booked on Tuesday.

Police said the investigation is ongoing and additional charges are pending.

Original story 1/14/20: Two people are in custody after authorities said shots were fired at the Days Inn in Sevierville on Tuesday afternoon.

According to the Knox County Sheriff's Office, members of the KCSO Special Investigations Unit were at the hotel on an investigation into a burglary and stolen vehicle.

None of the officers were hit, and they did not return fire, according to KCSO.

The Sevierville Police Department's SWAT Team was called in to help take the suspects, a man and a woman, into custody, according to a SPD press release.

The two suspects, who have not been named, were taken into custody after a short stand-off. Two handguns were recovered.

SPD plans to fire multiple charges, according to the release.