TWRA strongly encourages all ATV riders to wear a helmet and safety belt if equipped. 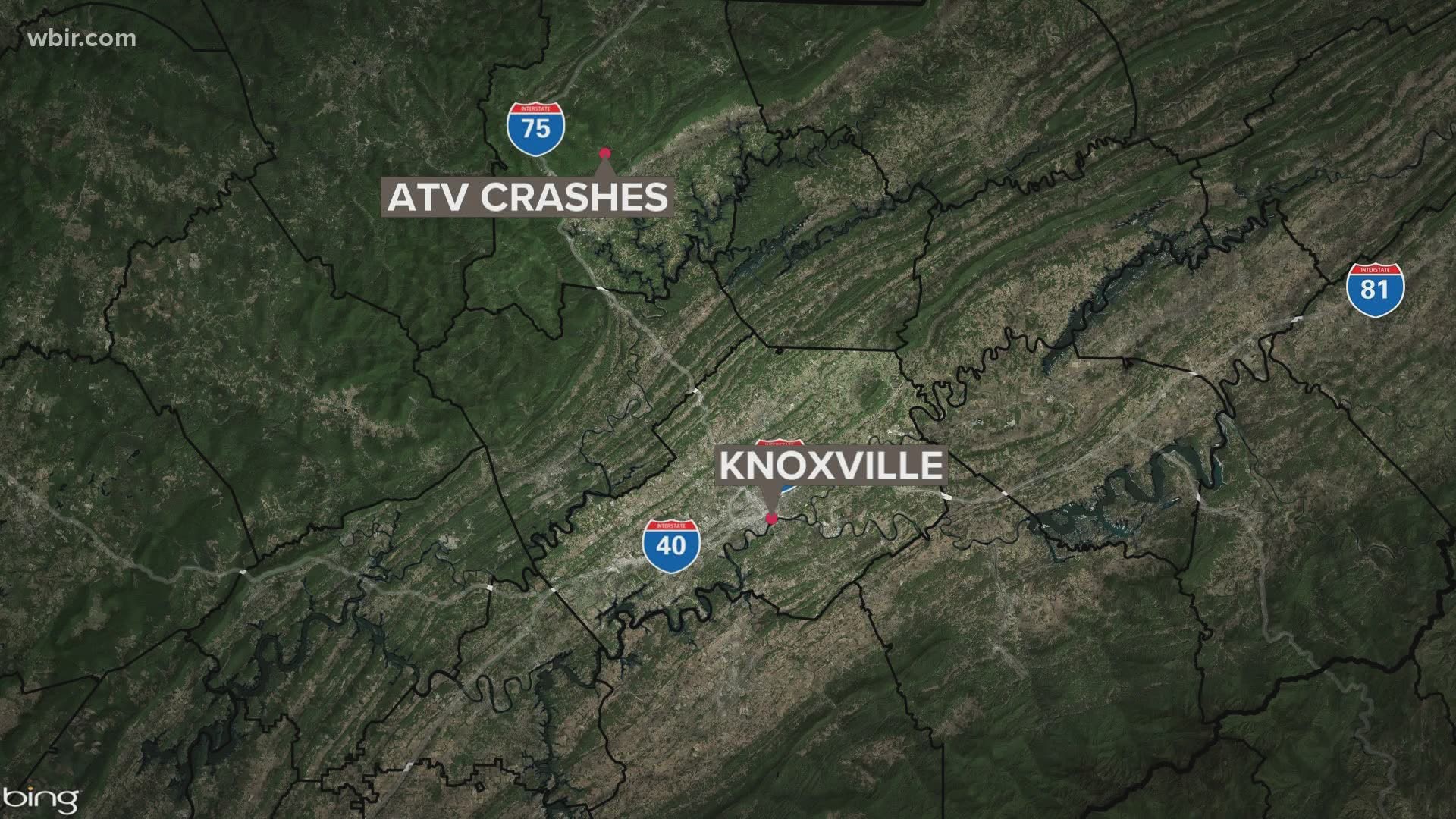 CARYVILLE, Tenn. — TWRA Wildlife officers are investigating a pair of ATV accidents that happened on the North Cumberland Wildlife Management Area over the weekend.

On Saturday around 5 p.m., TWRA wildlife officers said they were conducting off-highway vehicle enforcement of the Flatwoods Road area of NCWMA.

They were flagged down by an ATV rider who informed them of a nearby ATV accident.

The officers responded to the scene where a side-by-side ATV with two occupants onboard hit a tree, seriously injuring the operator.

The second occupant was uninjured.

Neither occupant was wearing a helmet, however both were wearing safety belts.

The officers provided first aid to the injured operator and coordinated with local EMS and Rescue Squad to transport the victim to a nearby landing zone.

The victim was airlifted to the University of Tennessee Medical Center.

Officers believe alcohol may have been a factor in the accident.

While officers were interviewing the victim at the hospital, they learned of a separate ATV accident on NCWMA, where the operator of another side-by-side ATV was seriously injured and airlifted to UT Medical Center.

The officers continued the investigations of both incidents while at the hospital with both injured parties.

Although only riders under the age of 18 are required to wear a DOT-approved helmet, TWRA strongly encourages all ATV riders to wear a helmet and safety belt if equipped.