The former Athletic Director, Currie has been suspended since early December. 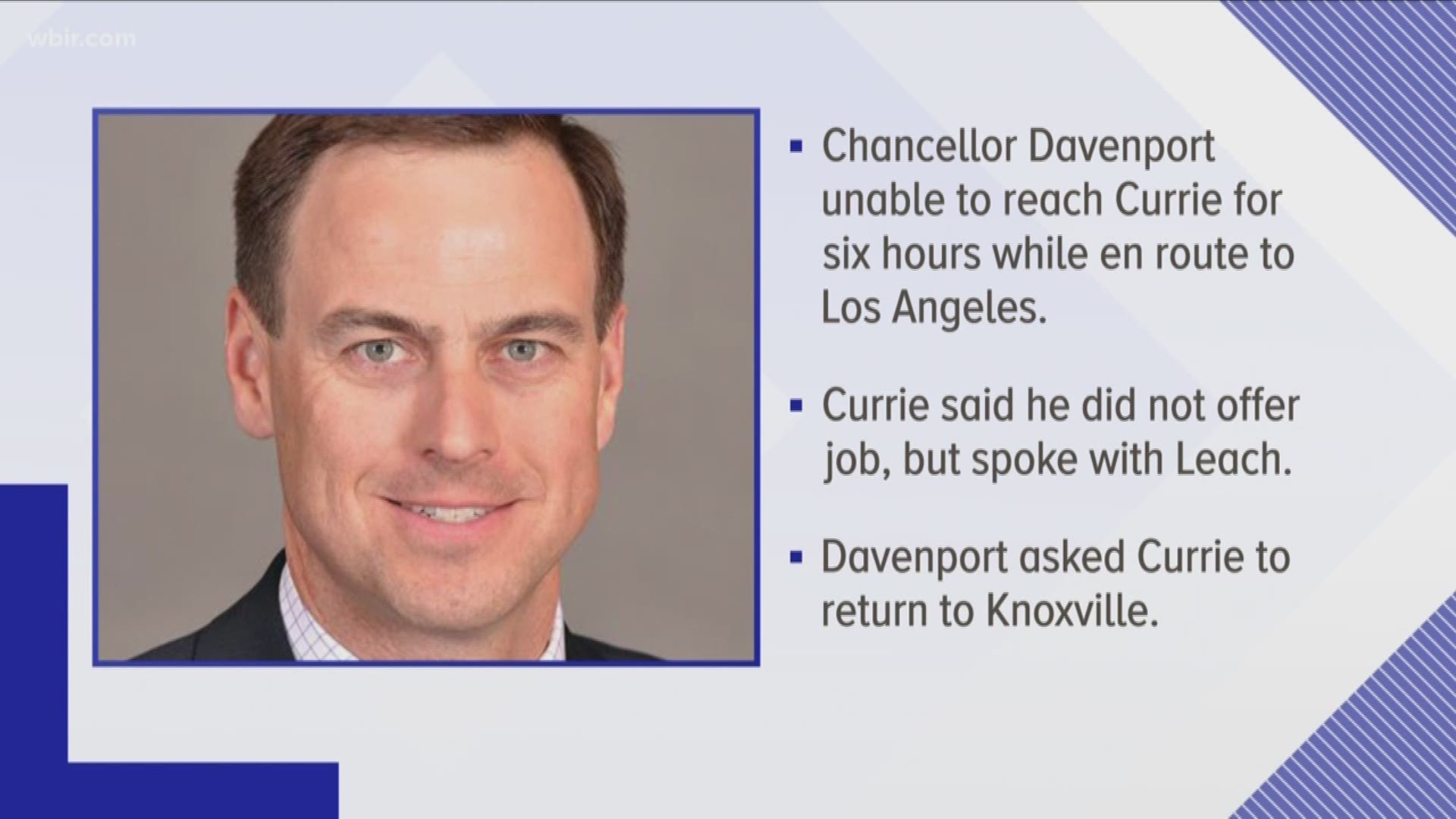 The university confirmed to WBIR Thursday that former Tennessee Athletics Director John Currie and the University of Tennessee have come to a settlement of $2.5 million.

The University emphasized the separation will be paid in its entirety by the Athletics Department, with no taxpayer dollars, student tuition or fees, or donor funds being used to fund the separation payment.

John Currie was suspended with pay in December following an increasingly turbulent search for the next head football coach.

Emails between Currie and UT Knoxville Chancellor Beverly Davenport on November 30 confirmed details of the events leading up to Currie's suspension.

The Chancellor was concerned when she couldn't reach Currie for six hours while he was en route to Los Angeles to meet with Washington State head coach Mike Leach. Currie told Davenport he couldn't be reached because of a WiFi outage, but was instructed to end his visit with Leach and return to Knoxville.

Currie told Davenport in an email that he did not offer the job to nor discuss terms with Leach, but Leach told him he would take the job if offered.

Leach may have thought the talks progressed further. A text message from Leach's agent Gary O'Hagen to Matthew Scoggins, UT general counsel, states, "We negotiated earnestly and in good faith and felt we had reached and agreed to a deal. We hope that UT sees the tremendous value in having Mike Leach as their football coach."

An email from Davenport to Currie reveals she asked him "not to pursue any discussions about employment with any additional candidates".

Davenport asked Currie to meet with her in her office the following morning, December 1. Currie was suspended with pay that day.

The separation agreement was approved by the UTK Chancellor, the UT System Chief Financial Officer, the UT System President and the Audit and Compliance Committee of the UT Board of Trustees.

"We are grateful for his contributions to the University of Tennessee which began more than two decades ago."

"Mary Lawrence and I were blessed with the opportunity to return to the city where our three children were born and once again be part of the University of Tennessee family as Vice Chancellor and Director of Athletics," said John Currie. "It was my honor to work alongside our first-class UT athletics staff, coaches and student-athletes as well as our faculty, donor and many wonderful people throughout the University community. I look forward to seeing continued progress for the Vols and Lady Vols under Chancellor Davenport and Coach Fulmer's leadership."

From start to finish, Currie spent just 244 full days as the Athletics Director at the University of Tennessee. 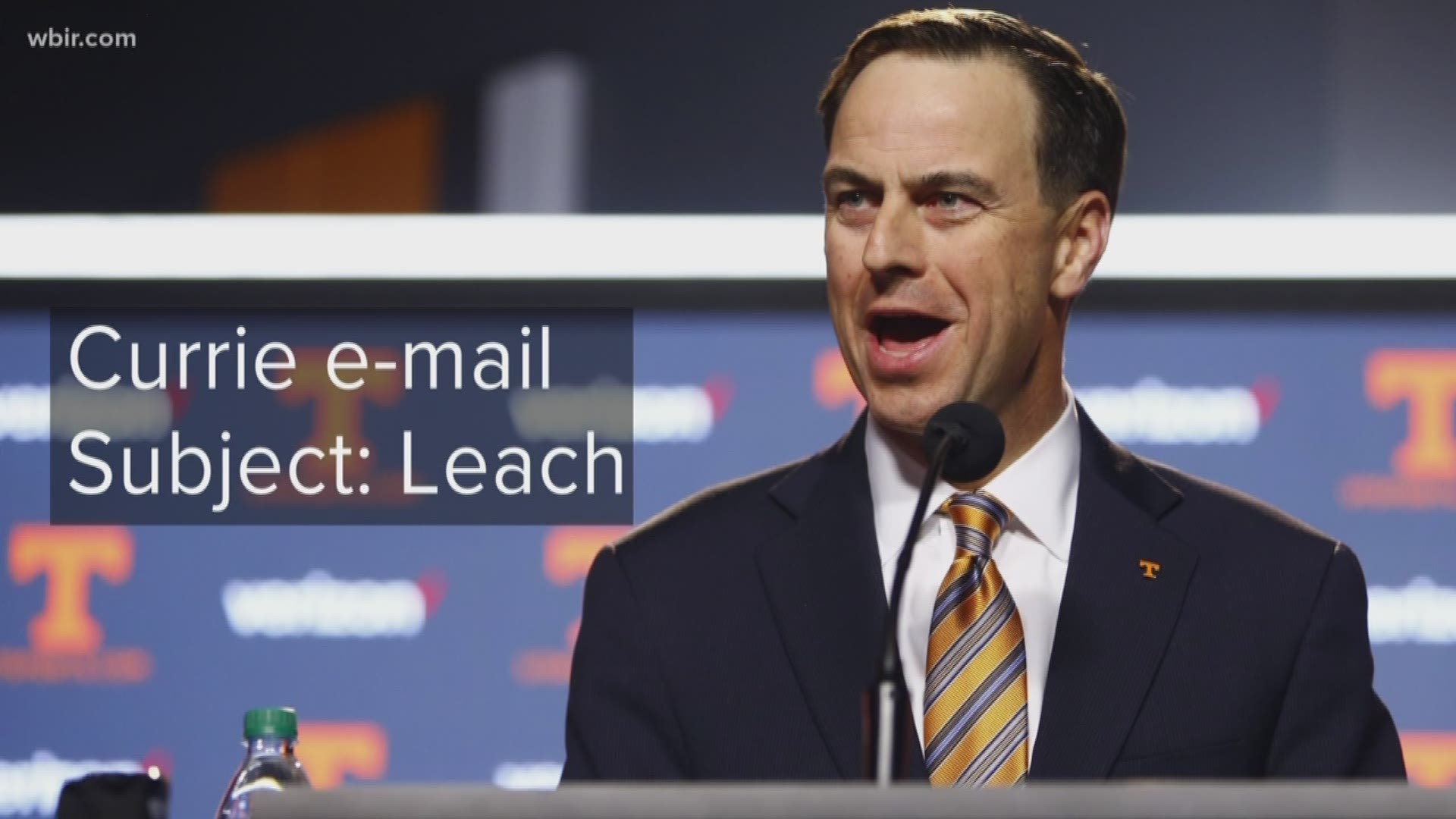