The tech is a virtual program that gives the brain a "computer workout" by letting patients simulate things like driving a car. 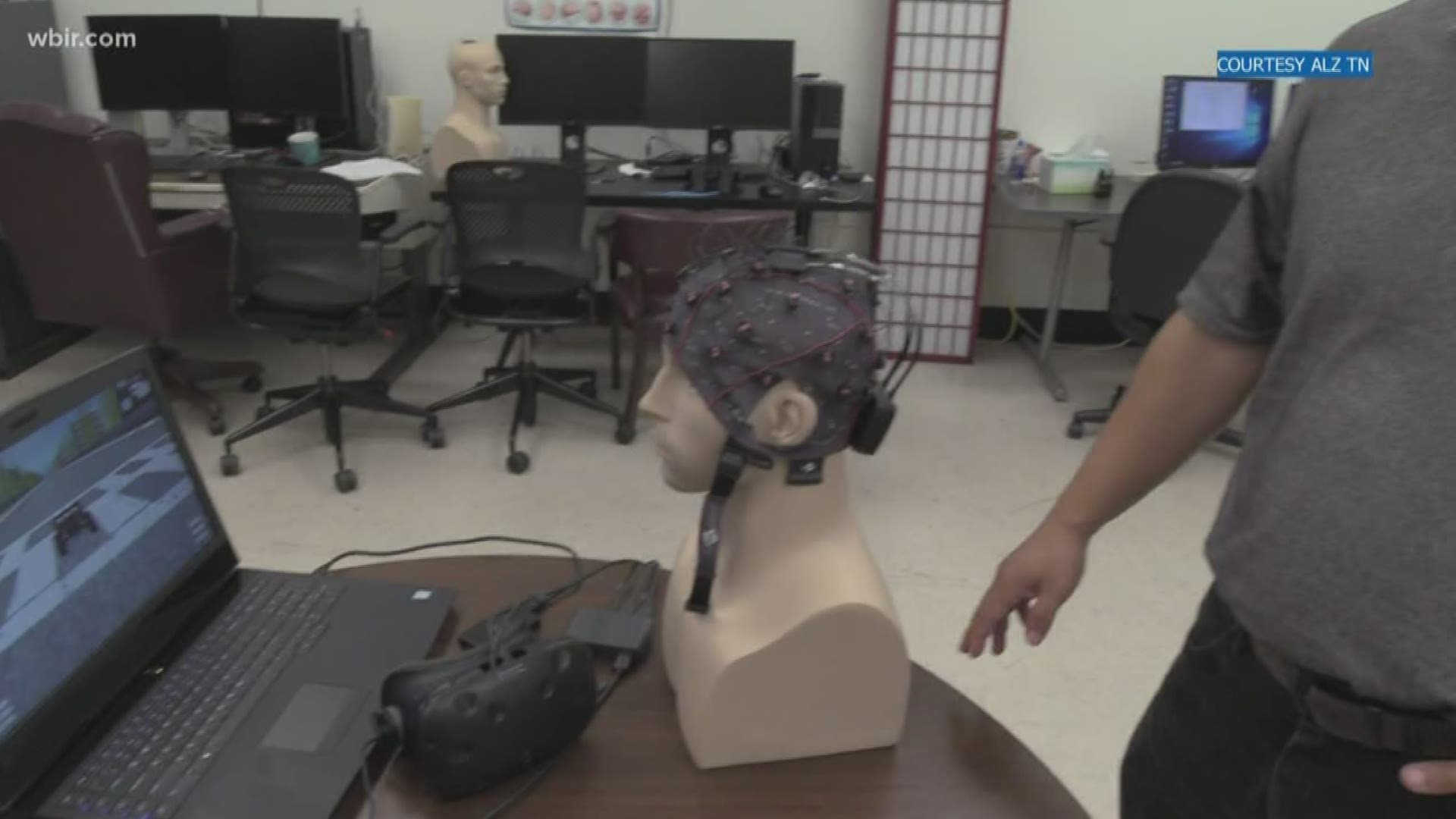 New research in Knoxville is working to combat that -- through computer game technology.

Stephanie Helton is one person who knows the effects of Alzheimer's disease all too well. Her dad was diagnosed at the age of 57 with early-onset Frontal Lobe Dementia.

"So from diagnosis to end, my dad lived about four and a half years," Helton said.

Now, she's an advocate for research and finding a cure.

"There just needs to be so much more done," Helton noted.

"Eventually we think that it may have certainly application for people with a diagnosis of mild cognitive impairment or people with early stage Alzheimer's," Wade-Whitehead explained.

The tech is a virtual program that gives the brain a "computer workout" by letting patients simulate things like driving a car. Every movement on the screen is controlled by the mind, not a joystick.

"So what if part of the medication and other things people will do with exercise will also be okay and can I train my brain differently," Wade-Whitehead questioned.

RELATED: Company says it will seek approval of Alzheimer's drug

Here's how it works: A headpiece measures and collects electrical signals from the brain to help improve memory and attention in people -- like Dementia and Alzheimer's patients.

"It may help them as well as helping researchers really understand the brain and how we can strengthen and kind of repair," Wade-Whitehead commented.

Helton believes it's research like this that will play a role in finding a cure for the disease that took her father.

The clinical trials for the technology will begin in 2020.

Alzheimer's Tennessee is aiming to get the program in more dementia patients' hands in the future once it is fully developed.