UT microbiologist says toxic blue-green algae is not in Tennessee

Experts said there are small amounts of blue-green algae in East Tennessee waters, but at this time it hasn't bloomed into a toxic bacteria. 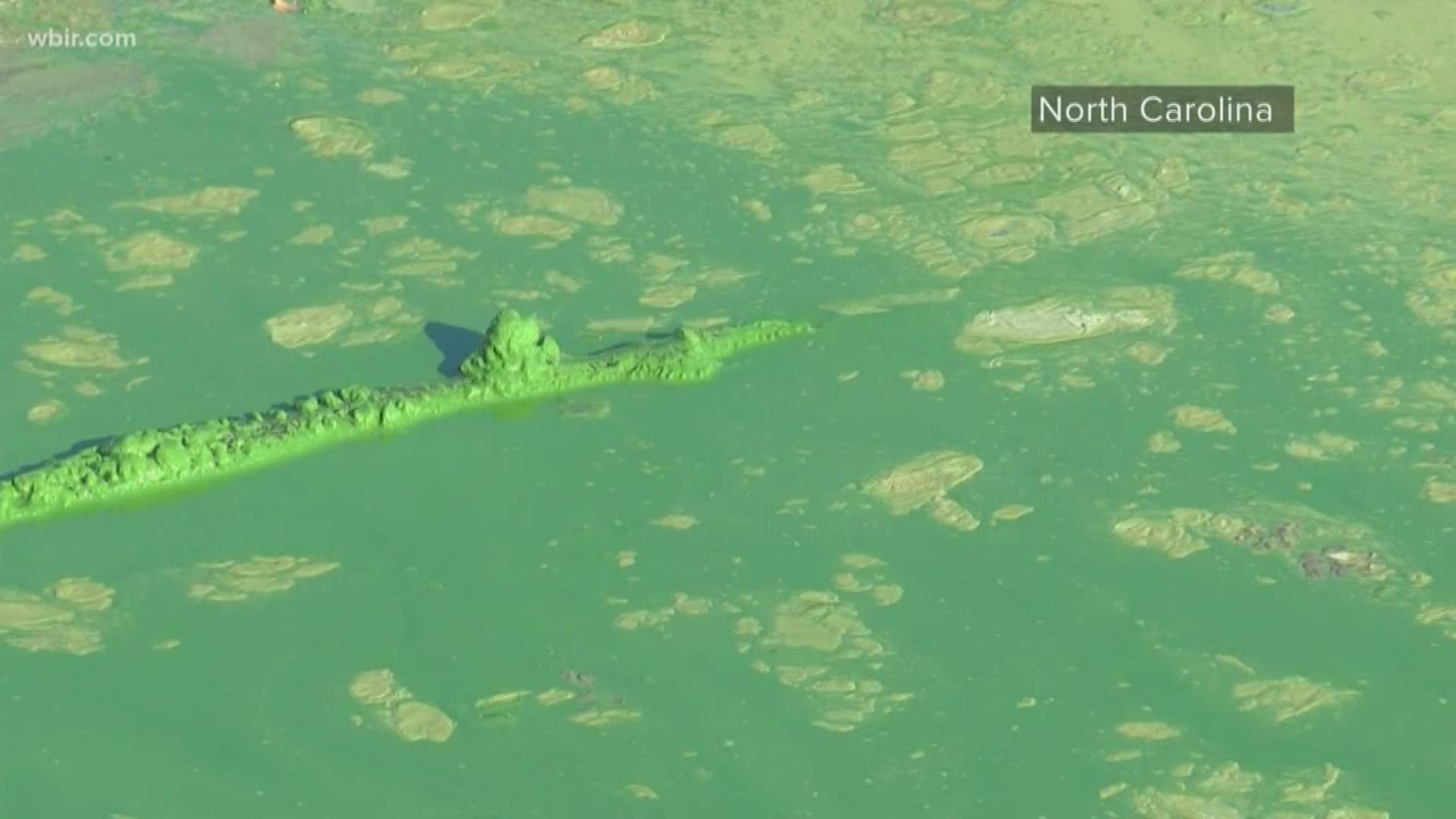 KNOXVILLE, Tenn. — The toxic blue-green algae found in bodies of water around the world is not in East Tennessee waters, according to experts.

Steven Wilhelm, who runs a molecular ecology lab through the University of Tennessee, said there are small amounts of the blue-green algae in our open water systems, but they have not bloomed into toxic bacteria

RELATED: Georgia couple shares warning on toxic algae after dog dies less than an hour after visit to lake

"It may just be a matter of time before they get to us, but right now I don't have a great concern for Tennessee waterways," Wilhelm explained.

Wilhelm has studied blue-green algae in length and how it may affect ecosystems.

"It will have a green scum on it, it looks a lot like somebody spilled green paint on the water, and that could be worth avoiding and keeping your pets out of and especially your children out of," Wilhelm explained of the odorous algae.

He said the reason the bright algal bloom isn't really in Tennessee is because our water moves and large plants grow in it.

But, that doesn't mean all water is 100 percent safe from all toxins.

"Sadly the safest way to avoid having a scary situation is to avoid swimming in those lakes during the months when it's more likely," Dr. Julie Schildt with the UT Vet School said.

"This could happen pretty immediately," Schildt explained. "Some of the other toxins may take a couple of days to actually show all of their signs."

RELATED: Blue-green algae: Why it's so deadly to dogs, and how you can keep your pet safe

She said she hasn't seen a toxic bacteria case in a while.

"I think this is relatively uncommon, but it's hard to say because there's not really a way to test for this unfortunately," Schildt noted.

Overall, Wilhelm said to use your best judgement in water.

"The human instinct is amazing, that if you look at water and it seems nasty to you, it's good water to stay away from," Wilhelm advised.

The Tennessee Department of Environment and Conservation, or TDEC, said in a statement to 10News the agency is not aware of any widespread issues with toxic algae in the Tennessee.

Experts said animals can experience symptoms within minutes of exposure to the toxins.

Symptoms include vomiting, diarrhea, weakness, difficulty breathing, and seizures. If your pets experiences these symptoms after exposure to algae, call your veterinarian.