A big win for students with developmental and intellectual disabilities: A new pilot program will allow them to apply for housing and live on the University of Tennessee campus. 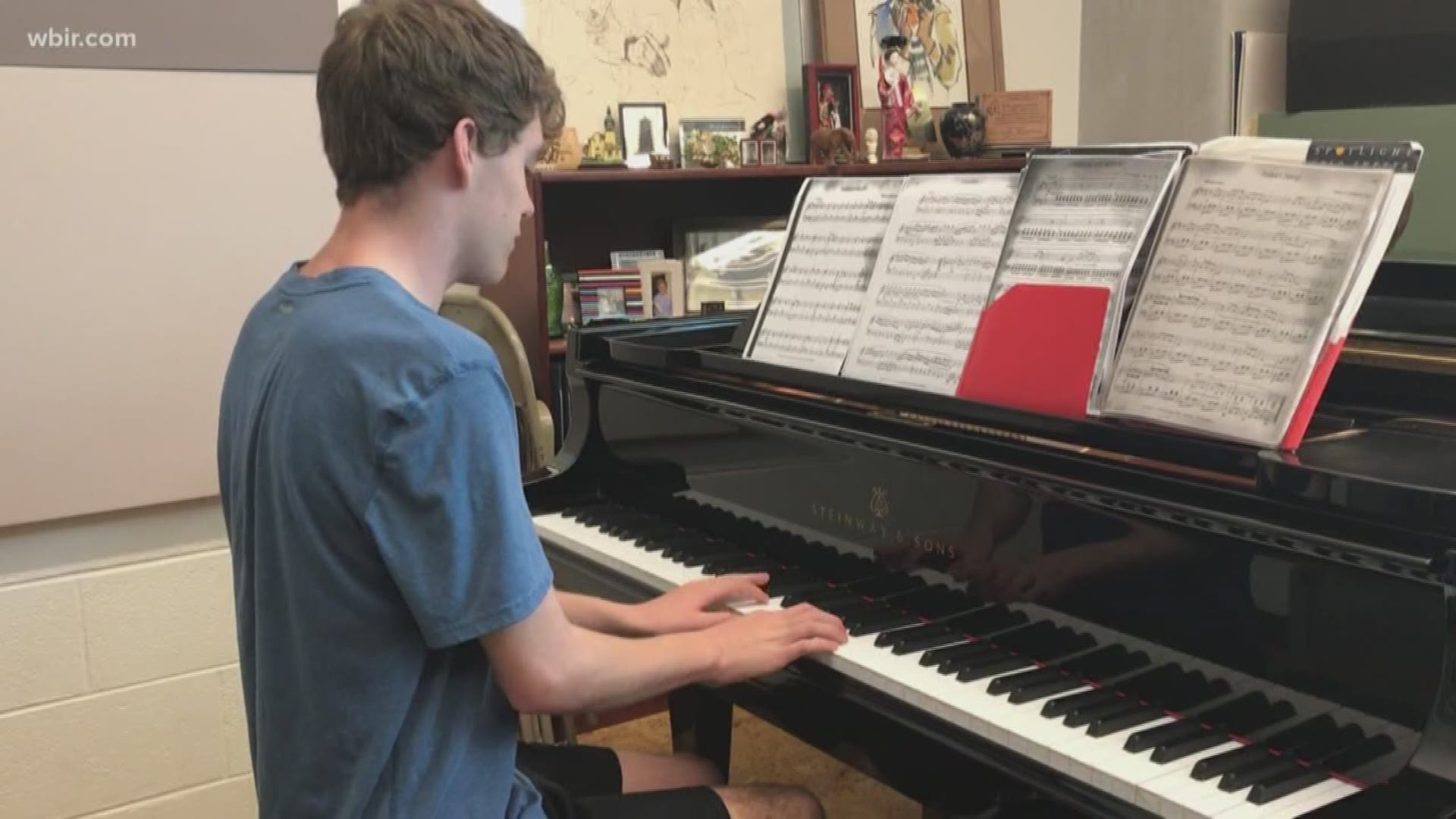 This is Ben Kredich is 20 years old, a sophomore at the University of Tennessee, an avid piano player and a student in UT's FUTURE program.

"We were so overjoyed when we found out there was a program like this," his mother, Kim Kredich said.

FUTURE is a non-residential vocational option for students with disabilities at UT. It helps students make the transition from high school to adult life.

Kredich said her son has autism and started in the program right after he graduated from high school. She said he now has a chance at a regular college experience.

"He usually plays up to whatever is put in front of him," she said. "He swims, plays piano and goes to class like every other college student."

For the last two years he and his classmates have lived at home, something Kredich and Sen. Becky Duncan Massey decided needed to change.

"Just because they were in the program, they weren't allowed to apply for residential housing," Massey said.

That led to a meeting with the university, but that didn't quite do the trick.

"I guess they just didn't understand the capabilities of these students and really just look at them as individuals," she said.

Massey later drafted a bill, which passed in the senate this year and now sits in the house.

"It was saying just because they are in the program shouldn't mean they are precluded from residential housing," she said.

Massey said the bill wouldn't require any extra costs, it would simply allow FUTURE students to apply for housing. But now UT says it will move forward with a pilot residential program next school year.

The opportunity will give 25% of all FUTURE students a shot at on campus housing. It's open to students who have  been in the program for at least one year.

That means Ben may just end up a little closer to his piano lessons next year.

"I think it's just another opportunity for inclusion and using the gifts they've been given," Massey said.

Kredich said this is a relief because all she wants is for Ben is to play his heart out wherever he chooses to be.

"In this case I feel the university is taking the proper steps to do that, we're thrilled," she said.