According to KPD, officers responded to the lot under the James White Parkway Bridge, around midnight Sunday and found a man dead inside a box truck 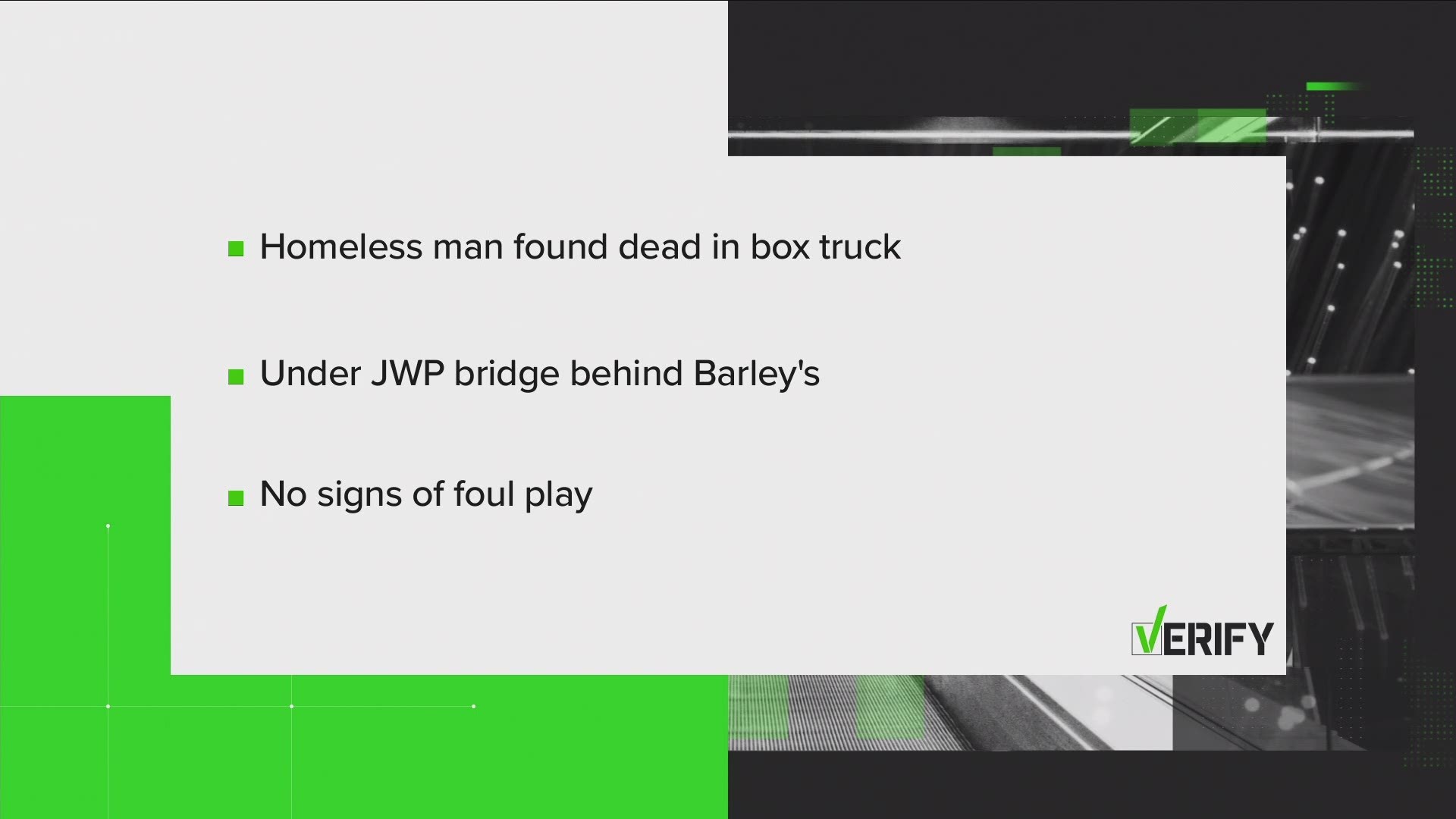 KNOXVILLE, Tenn. — The Knoxville Police Dept. said a social media video circulated over the weekend claiming to show an investigation into a sex trafficking truck in the Old City are false.

According to a KPD spokesperson, officers responded to the parking lot beneath the James White Parkway Bridge, located behind Barley's Taproom and Pizzeria in the Old City, around midnight Sunday and found a man dead inside a box truck.

KPD said the man was homeless and lived in the truck. Officers got into the locked truck through the rear, where the man had created his living quarters.

He had most likely been dead for a few days.

KPD also said there were no signs of foul play and the body was transported to the Regional Forensic Center for examination.

RELATED: VERIFY: No, Facebook 'bots' are not fact checking your posts

RELATED: VERIFY: No, the flu shot won't make you test positive for COVID-19