Verify: Do you have to pay red light camera tickets?

After our story on red light traffic camera tickets for aired, we heard from many viewers who had more questions about the topic. Here are some further answers. 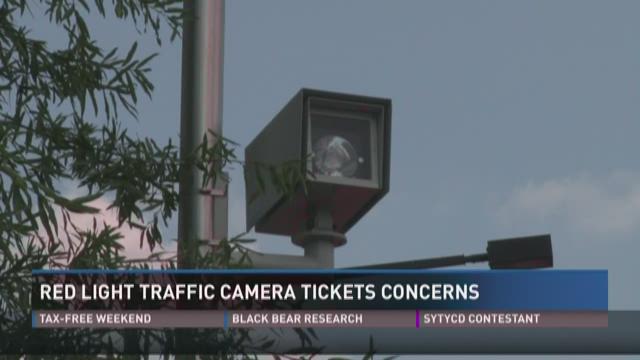 Police say red light traffic cameras make the roads safer, but we've heard from many viewers who question whether they really have to pay the fine when they're caught on camera running a red light.

Those came from 21 active cameras in the city right now.

"We want to reduce the crashes. We want to keep people safe," said Evans. "Anything that we can do to reduce those crashes and reduce the likelihood of you, your family, your mom your dad, your son, your daughter, husband, wife, being in a crash, is something we want to look at."

And drivers are paying attention - the number of crashes are down.

"Since its inception back over 10 years ago, we've seen a 49, almost a 50 percent decrease in crashes with red light cameras," said Evans.

We had dozens of Facebook comments after first airing this story saying we should've gone deeper into the issue.

The main questions and concerns you raised were:

After hearing your questions, we went back to find some more answers.

Question 1: Don't you have the right to face your accuser after a red light camera ticket challenge?

Knoxville Deputy Law Director Ron Mills says a KPD officer reviews the video and decides on the citation, and that officer would face you in court should you decide to fight the ticket.

Lt. Brian Evans with the Knoxville Police Department says deciding on the citation is up to the officer.

"There's a whole list of reasons an officer might disprove a citation," said Evans. "Disprove a violation and not issue a citation. Just because your tires crossed the stop line obviously that's not going to be something we issue a citation for. It has to be actually somebody disregarding the red light."

Question 2: How can it be proven that the person who received the ticket is the one who committed the infraction?

Mills says city and state law places the responsibility for these tickets on the owner of the car, not the driver.

That means it doesn't matter who's driving, whoever owns the car is the one who has to pay up.

So the ticket will always fall on whoever's registered on the car, according to Tennessee law.

Question 3: What are the actual consequences if you don't pay the ticket?

This is where things get complicated, and the answer isn't so straightforward.

"The current law says that non-payment of these violations cannot have adverse effect on your credit score, your credit report, your driver's license or you automobile insurance payments," said Holt.

Holt is pushing to get rid of red light camera enforcement altogether, but his latest bill to put more restrictions on the cameras failed in committee.

However, Tennessee Attorney General Herbert Slattery said in an August 2016 opinion that "a citation for a nonmoving traffic violation may be based solely on evidence obtained from an unmanned traffic enforcement camera that has been installed to enforce or monitor traffic violations."

Several of our Facebook viewers said nothing happened when they didn't pay.

Knoxville city code says the city can take legal action, but we found out it doesn't happen very often.

Deputy Law Director Mills can't recall the last time the city sued someone for not paying a fine.

So the answer about the consequences is definitely in a gray area.

"I still haven't paid those citations I burned last year. And ... still, no effect," said Holt.

Some of you also asked if this money was going straight to the police department.

Lt. Evans said KPD does receive some percentage of the fines, but most of the money made goes to the red light traffic camera company, American Traffic Solutions.