VERIFY: No, Anderson Co. isn't requiring parents to sign COVID-19 waivers for kids to go to school in fall

The school system said the waiver was only for voluntary summer programs and is not part of the upcoming fall reopening plan.

The posts began circulating Wednesday on a few personal and community Facebook pages, showing a picture a waiver with the Anderson County Schools logo. The waiver and release, if signed, would absolve the school system of any legal liability if children suffered "bodily injury, personal injury, illness, or other issue," identifying COVID-19 as a risk specifically.

The district said they do issue waivers for certain voluntary programs, and this particular "COVID-19 Disclaimer" waiver was not for the upcoming school year. It was one given out by hand to athletes, band students, and others ahead for voluntary summer activities and was created by one of the school system's education attorneys, according to ACS.

Parents and Staff: The waiver circulating on social media was never part of our reopening plan. The waiver was only used for voluntary summer programs (Example: athletic practices, band camp) pic.twitter.com/zDZyjJehS8

10News asked the district specifically if the pictured waiver applied for the upcoming school year or teachers in the classroom. Communications coordinator Ryan Sutton said that is "not at all" the case, saying a Facebook page started the rumor.

Credit: Submitted
A viewer submitted a photo of the waiver, saying social media posts insinuated it was for the upcoming school year.

After the school system responded, several people continued to express doubt that it was not intended for the upcoming year -- saying the waiver did not mention specific activities or dates, and contained vague wording that could apply to wider circumstances. 10News has not heard from any parents who have signed it or received such a waiver for the upcoming school year, and ACS maintained it has been "addressing the issue with facts."

Liability waivers like these, though not ones specifically mentioning COVID-19, have been commonplace for many years as a requirement for children to voluntarily participate in certain school activities and sports -- particularly contact sports.

Anderson County Schools are scheduled to begin getting back into session on August 10 with staggered start plans for various grades. It is offering parents the ability to opt their children into virtual learning instead of in-class learning through July 21.

RELATED: Getting you back to school: Anderson Co.

ACS said the waiver was specifically for summer programs such as athletics and is not part of Anderson County Schools' fall reopening plan. You can read more about the school system's reopening plan here. Below is guidance approved by the Anderson County Board of Education for staff, should they suspect they've been exposed to (but not test positive for) COVID-19: 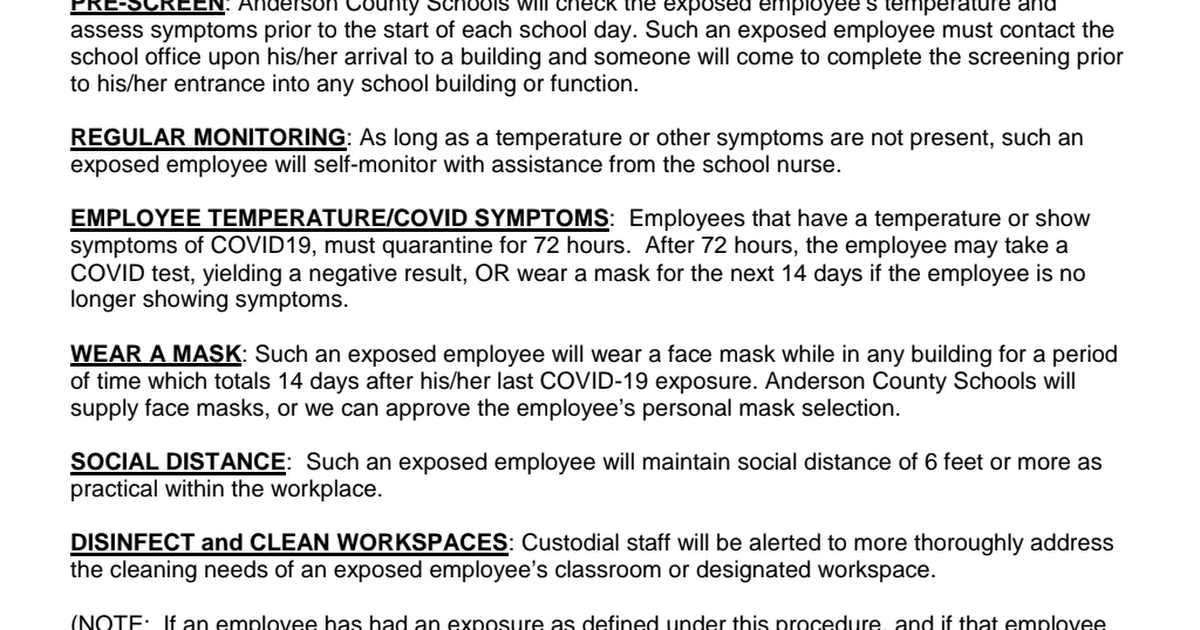