Verify: Was driver suspected in crash that killed fire captain's son driving in the wrong lane?

Police reports and witnesses reveal the car that allegedly caused a deadly crash on Chapman Highway was not actively driving in the wrong lane. 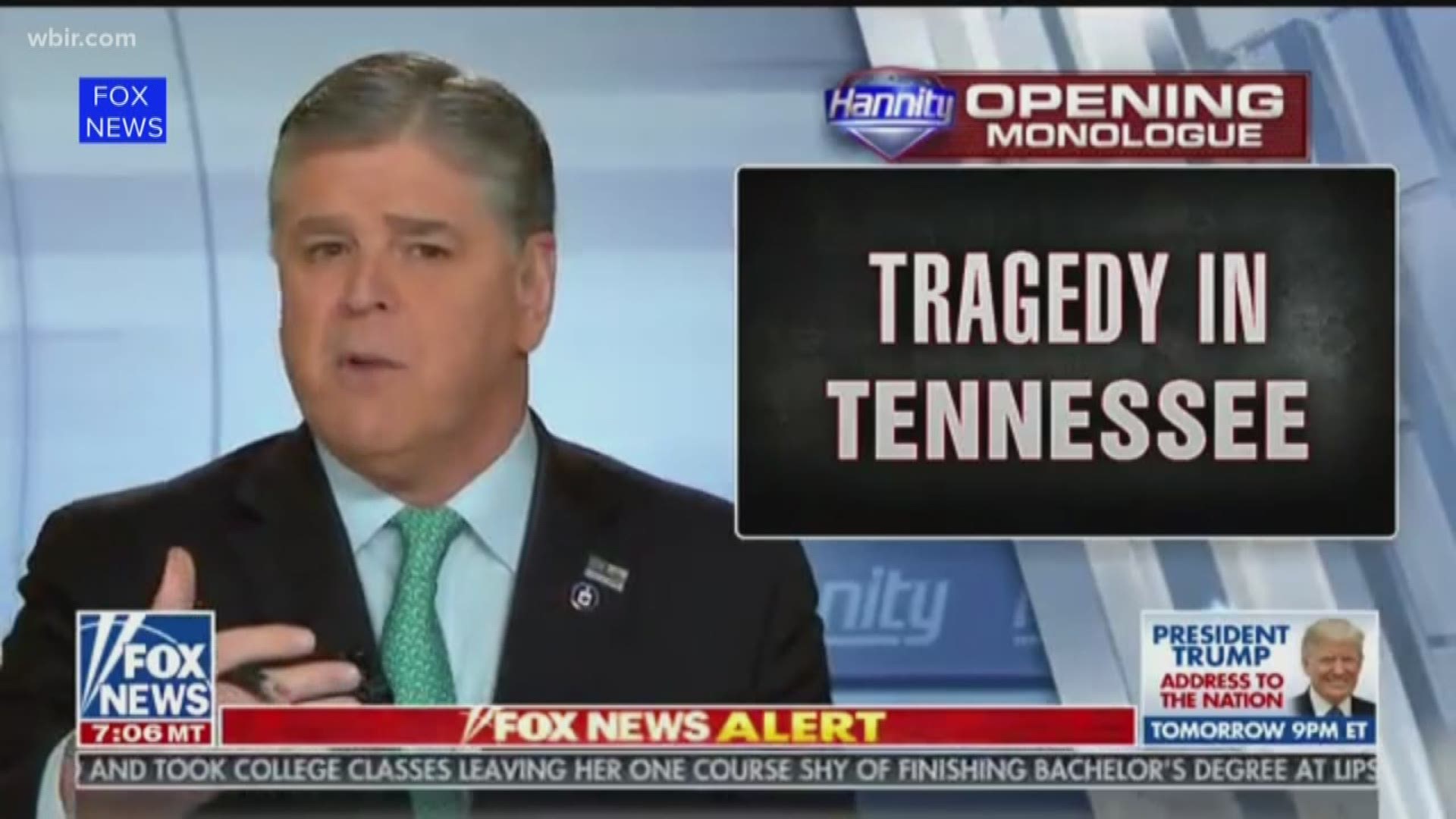 Knoxville Fire Captain, D. J. Corcoran and his wife stepped onto the national stage Tuesday night to talk about their 22-year-old son, Pierce, who recently died in a car crash.

The driver charged with hitting his car had no license and no insurance. He is currently being held by Immigration and Customs Enforcement after bonding out of jail.

In Hannity's report before the interview, he claimed the driver who hit Corcoran, Francisco Eduardo Franco Cambrany, was driving on the wrong side of the highway.

"Have you heard the name of Pierce Corcoran? On December 29th he was killed by a suspected illegal immigrant driving without a license, without insurance and on the wrong side of the highway," Hannity said.

According to the official police report, that last point of the statement is not entirely accurate.

According to an initial report posted on the Knoxville Police Department's Facebook page in late December, it claims the suspect's vehicle 'was traveling north on Chapman Highway when it crossed into the southbound lanes of traffic striking a Honda Civic' belonging to Corcoran.

However, according to the official police report in this case which details the officer investigation and drivers' statements  -- it states the suspect had first tried to slow down and avoid a vehicle that was slowing in front of him.

Instead of avoiding the vehicle by going to the right lane where there were no cars, the report claims he negligently swerved left. Police said that's when he crossed over the double yellow lines into oncoming traffic, hitting Pierce Corcoran head on and causing a chain reaction with two other vehicles traveling in the same direction as Corcoran.

10News also spoke to Fransisco-Edwardo's son who was in the car at the time of the crash. He claims his father braked to avoid a car, when their vehicle was pushed into the other lane of traffic by another vehicle.

The official report makes no mention of another vehicle involved being in the suspect's northbound direction of travel except for the vehicle ahead that had slowed.

The two other vehicles involved in the wreck aside from the victim's and suspect's were reported to be traveling on the southbound side of Chapman Highway and wrecked because they were unable to avoid the crash.

If there's something you'd like us to verify, let us know.