Victoria's Secret posted a sign on the door saying has permanently closed. 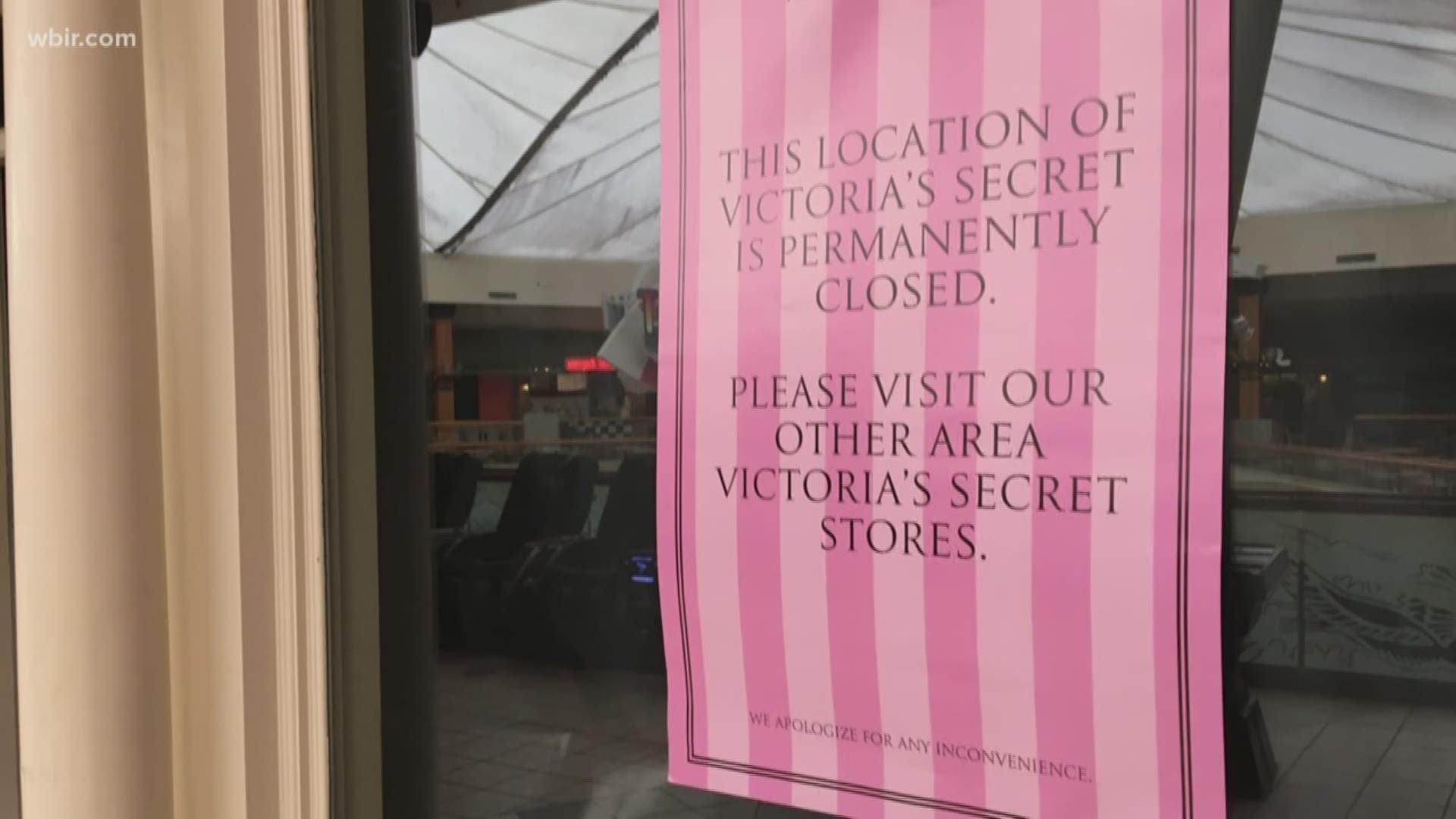 Another Knoxville Center Mall store has closed its doors.

Victoria's Secret posted a sign on the door saying has permanently closed.

It's among several stores that have closed in the mall over the last couple of years.

Knoxville Center, formerly called East Towne Mall, is located near Interstate 640 and Millertown Pike. Belk is the only big-box store still there. Sears recently closed and Dillard's closed 10 years ago.

In May, 10News Investigates discovered Knoxville Center Mall owed more than $600,000 in back taxes.

Six months later, we learned the mall's owners have paid their city and county taxes from 2016 and 2017, Ed Shouse, a trustee for Knox County, said. They have yet to pay the 2018 taxes, but those are not overdue until March 1, 2019.