Visitors continue to slam the Great Smoky Mountains in spite of a partial shutdown and limited staffing. A fully-staffed alternative for guided New Year's Day hikes can be found at dozens of state parks in East Tennessee. 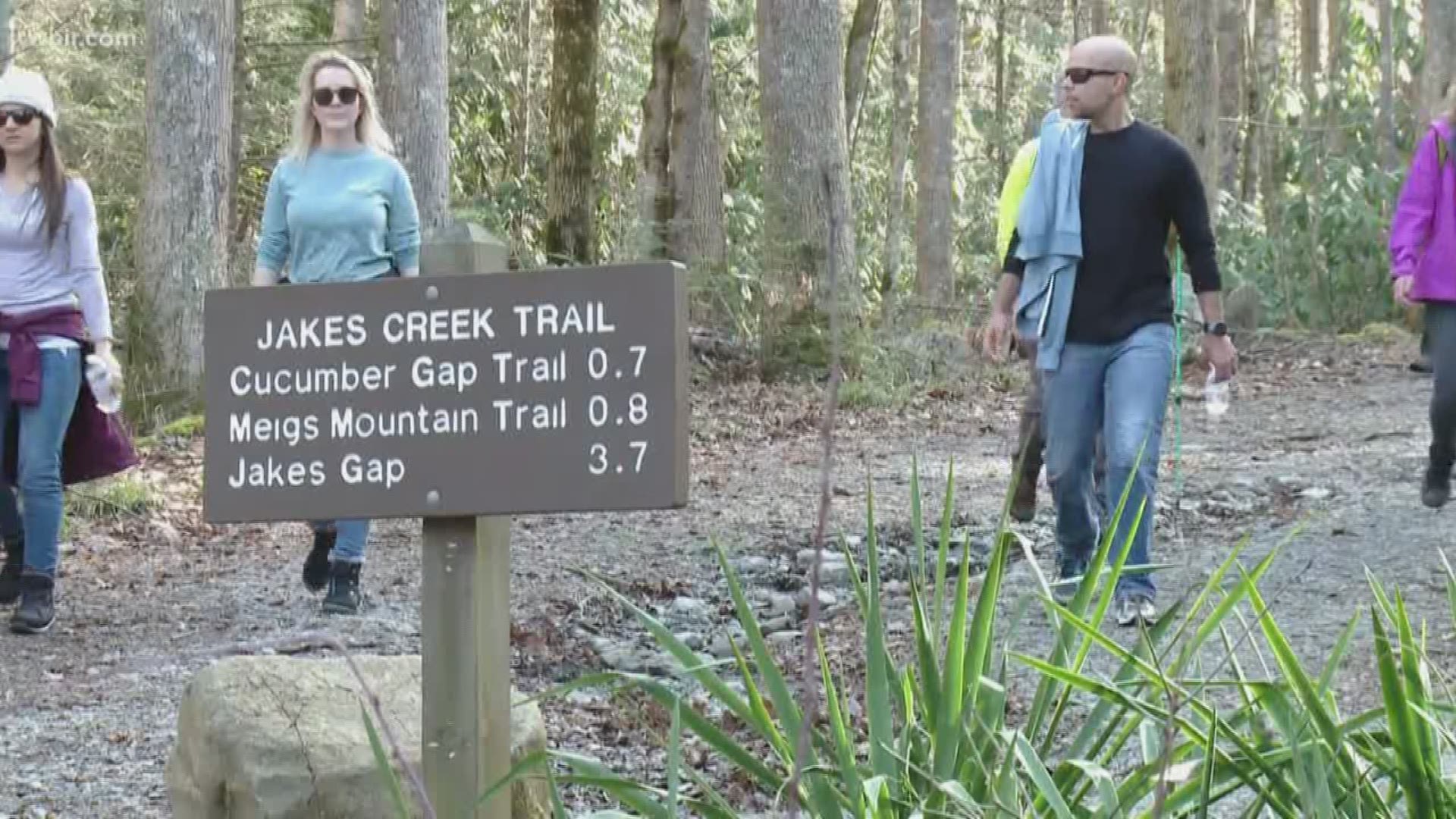 The federal government shutdown is not visibly slowing down visitation in the Great Smoky Mountains National Park.

Tourists continued to pack the trails and visitor centers throughout the day on New Year's Eve. Many hikers told 10News they were either unaware or unconcerned about the partial shutdown and the reduced staffing in the park.

"This is our first trip to the Smokies, so we don't know any different as far as staffing. But we haven't seen Park Rangers now that you mention it," said Shawn Hunt of Gainesville, Florida.  "It has been packed. We went to Laurel Falls yesterday and there were so many cars you had to hike half a mile just to get to the trail."

Shawn and Chloe Hunt hiked Monday on the trails near Elkmont and admitted they were blissfully unaware of the many impacts the shutdown had on the national park.

"We didn't even think about it. We were just worried about how we were going to get to this trail and how long it's going to take because Gatlinburg is packed full of people right now," said Hunt.  "We're just having fun and burning off some pancakes we had this morning by hiking."

One reason visitors may not notice the shutdown is the non-profit Great Smoky Mountains Association (GSMA) has paid to keep three visitor centers open through the end of Jan. 1, 2019.  The gift shops, bathrooms, and trash collection seem normal to visitors. The week between Christmas and New Year's Day is traditionally one of the busiest times of the year in the Smokies. Historically, the Sugarlands Visitor Center averages around 3,500 visitors per day during the final week of December.  For context, Sugarlands averages 4,200 daily visitors during the week of July 4 during peak tourism season.

There will be no park employees offering guided midnight hikes or "first day" hikes to kick off the New Year in the Smokies.  There is also added risk hiking in the national parks due to reduced staffing because emergency rescues often involve an "all hands on deck" approach with many types of employees offering assistance.