Waffle House suspect Travis Reinking's father in months before shooting: 'We are getting concerned'

A series of documents filed in federal court Monday, including text messages and a lengthy interview with Jeffrey Reinking, suggest a strained relationship leading up to the April 22 shooting. 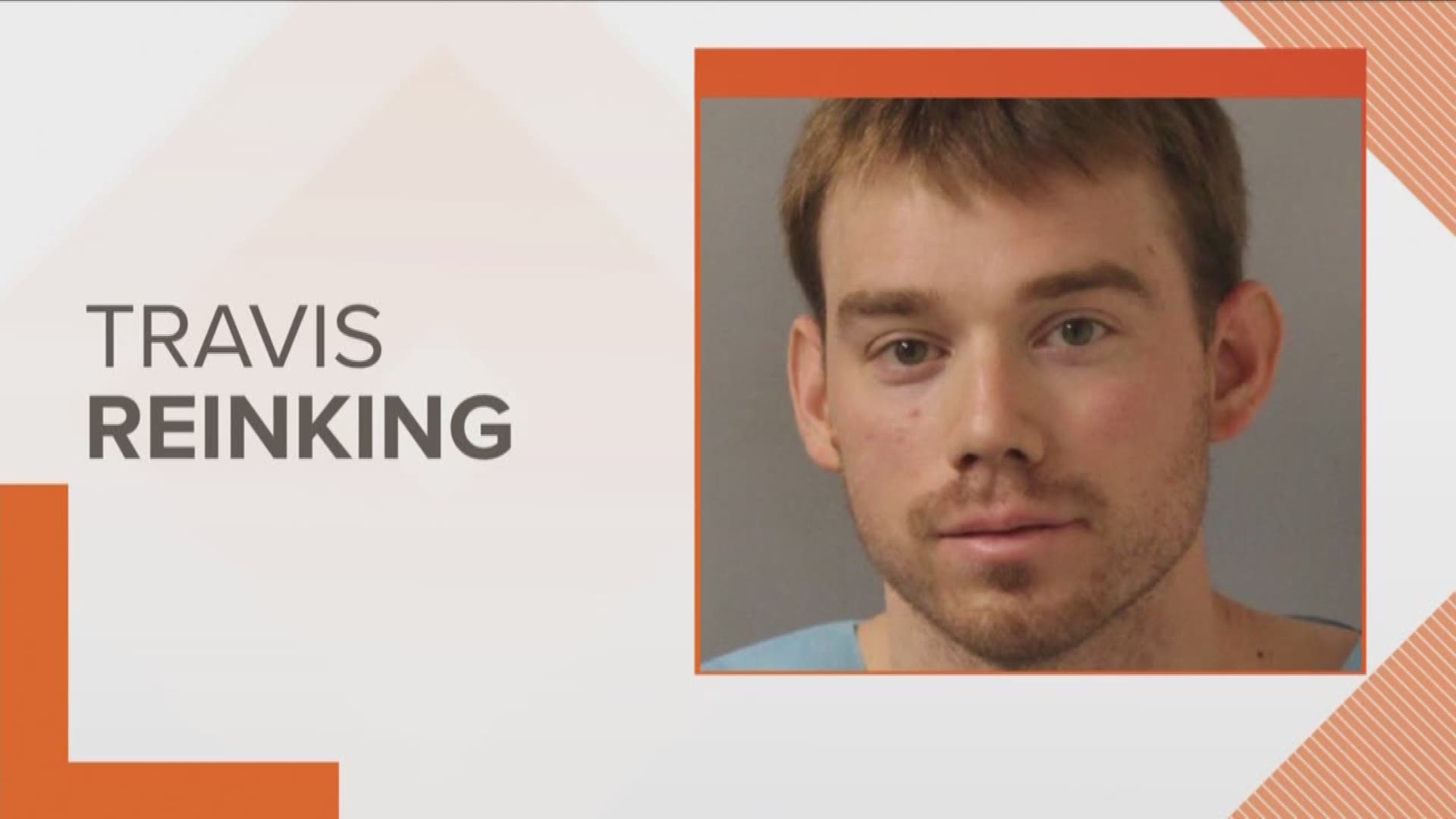 Months before he was charged in a mass shooting that killed four people at an Antioch Waffle House, Travis Reinking's father sent a text message urging him to reach out.

"Mom and I are wondering if everything is ok," Jeffrey Reinking wrote in January. "We haven't heard from you. And we are getting concerned."

"Can you please call me?" he wrote a few days later.

A series of documents filed in federal court Monday, including text messages and a lengthy interview with Jeffrey Reinking, suggest a strained relationship leading up to the April 22 shooting.

In a Dec. 4 deposition, Jeffrey Reinking said he did not hear from Travis Reinking after he moved away from in Illinois in the fall of 2017.

Thinking his son might have moved to Tennessee looking for work, Jeffrey Reinking traveled to Knoxville in January and cold called as many as 30 area apartment complexes looking for him, according to the deposition.

But Jeffrey Reinking didn't find his son until after he had been arrested in Nashville following a massive manhunt. Travis Reinking, 29, is being held without bond on four charges of criminal homicide. A Davidson County grand jury is considering the case.

Jeffrey Reinking's texts and deposition came in a federal lawsuit filed against him in Nashville's federal court against him by Abede DaSilva, the brother of Akilah DaSilva, one of the victims in the Waffle House shooting. The lawsuit argues that Jeffrey Reinking should be held responsible for the shooting deaths because he handed guns over to his son before he moved to Tennessee.

It is one of multiple similar lawsuits that have been filed against Jeffrey Reinking.

Travis Reinking's guns, including the weapon used in the Waffle House shooting, were seized by authorities from the Tazewell County Sheriff's Office in Illinois in July 2017, after he was arrested outside the White House by the U.S. Secret Service.

Special report: When someone finds a gun and uses it in a crime, should the gun owner be liable?

The suit argues Jeffrey Reinking returned the guns — including the assault-style rifle police identified as the weapon in the Waffle House shooting — despite the fact the he knew his son was "dangerous and mentally unstable."

During a hearing in August, a forensic psychologist said Travis Reinking had schizophrenia. A judge said he hadn't been taking any medication.

Jeffrey Reinking regularly reached out via text to invite his son to church and family meals, according to the texts submitted by his legal team. Travis Reinking shifted between mundane small-talk and accusations that his family was conspiring against him.

"You're going to hell for what you are doing," Travis Reinking wrote in a message dated June 9, 2017. "So don't say nobody warned you."

Travis Reinking didn't offer an explanation for the comment. The next day he had shifted topics, mentioning a red Jeep for sale in the area.

Travis Reinking repeatedly referenced his belief that someone was monitoring his behavior and said at one point he had stopped using his cell phone to avoid interference. He would occasionally apologize for lashing out at his father.

"Excuse me for venting earlier dad. I feel terrible if I'm accusing you of something your (sic) not involved in, I don't know what to believe anymore," Travis Reinking wrote on July 31, 2017. "I love you."

"Dad, I got a place out of town now so I'm going to need to get my firearms back from you somehow," Travis Reinking wrote.

Much of the deposition focuses on Jeffrey Reinking handing the guns over to his son after learning Travis Reinking was moving out of state. DeSilva's attorneys argue Jeffrey Reinking violated a federal law that forbids transferring a gun to someone who lives in another state.

In the deposition, Jeffrey Reinking said he reached out to the Tazewell County Sheriff's Office for "advice" before he handed the guns over. He would not say what the sheriff's office said, invoking his Fifth Amendment right not to incriminate himself instead.

Jeffrey Reinking said he didn't know why his son was moving, or where he was going. The older Reinking didn't ask before retrieving the guns from a safe on the family property.

Sign up for our newsletter and get breaking news straight to your inbox.