There's a visitor! This black bear yearling got into an occupied Gatlinburg cabin

Michelle Eberhardt and a friend were shocked on Friday morning to find a young black bear inside their Gatlinburg cabin. 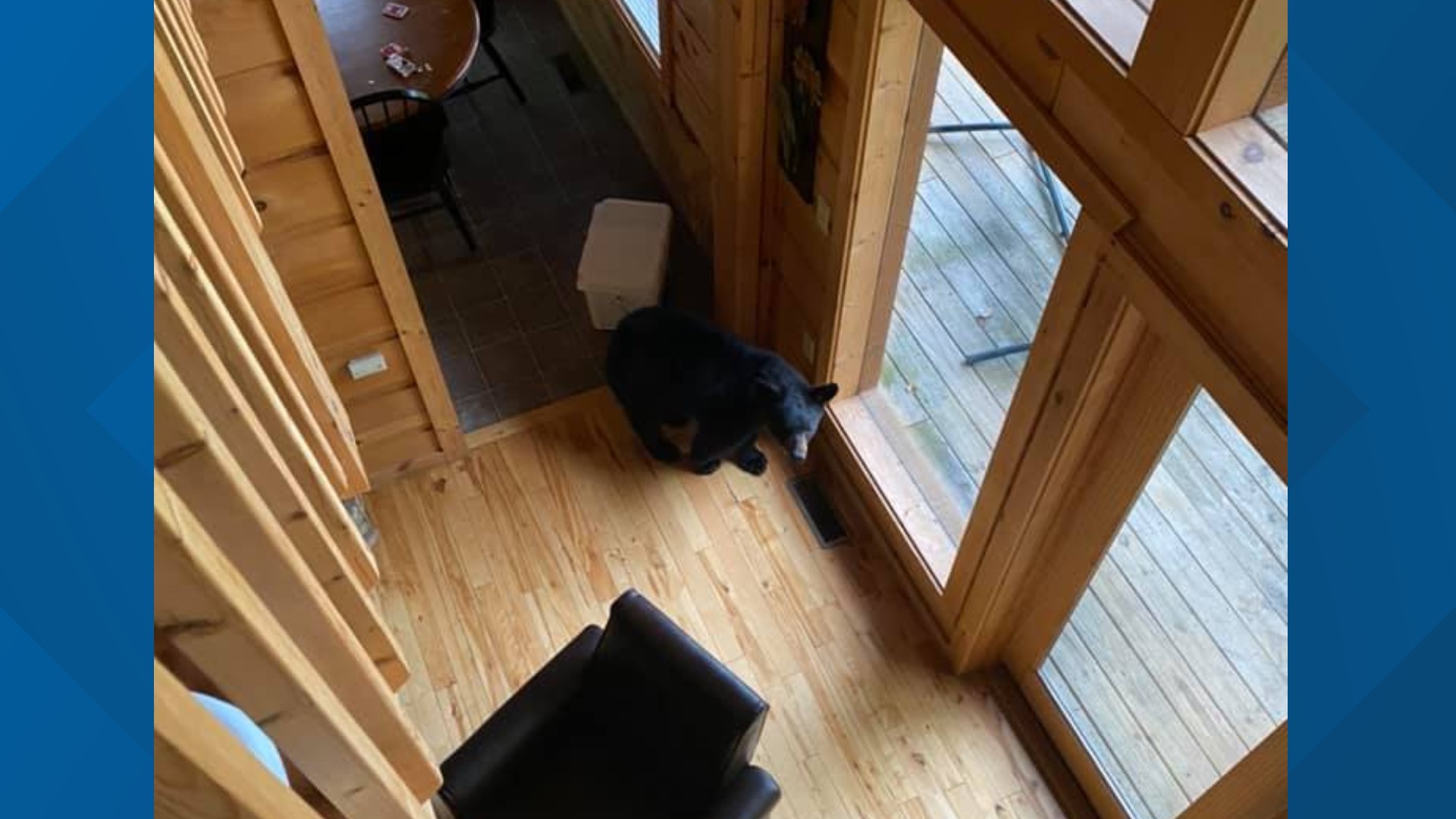 GATLINBURG, Tenn. — Never in Michelle Eberhardt's wildest dreams did she imagine a black bear would be joining her for a morning cup of coffee.

And yet that's what happened to Eberhardt and a friend, also named Michelle, in Gatlinburg on Friday morning.

She said the young bear came through the door to get in the cabin.

"I was kind of panicked. I jumped over the couch and I was yelling and clapping and waving my arms to try and discourage the bear to come in the rest of the house," Eberhardt said.

She said the duo ran to an upstairs level and waited as the bear tore through hundreds of dollars of food in the kitchen.

"We were just really kind of panicked. We called our husbands...they were laughing at us. Telling us to get out of the house. Well, how do you get a bear out of the house?" she said.

Eventually, police were able to arrive on scene and the bears fled. However, the friends have seen the bears around the cabin throughout the rest of the day.

When Eberhardt put photos of the crazy encounter on social media, she said her feed was flooded with negative comments.

But she wants to be clear the friends did not actively encourage the bear into the home.

Eberhardt said she had visited Gatlinburg around 10 times over the last 20 years, but had certainly never seen the a black bear this close.