Now, you won't be able to physically take anything out of the machine but you can go put cash in it to purchase bitcoin. 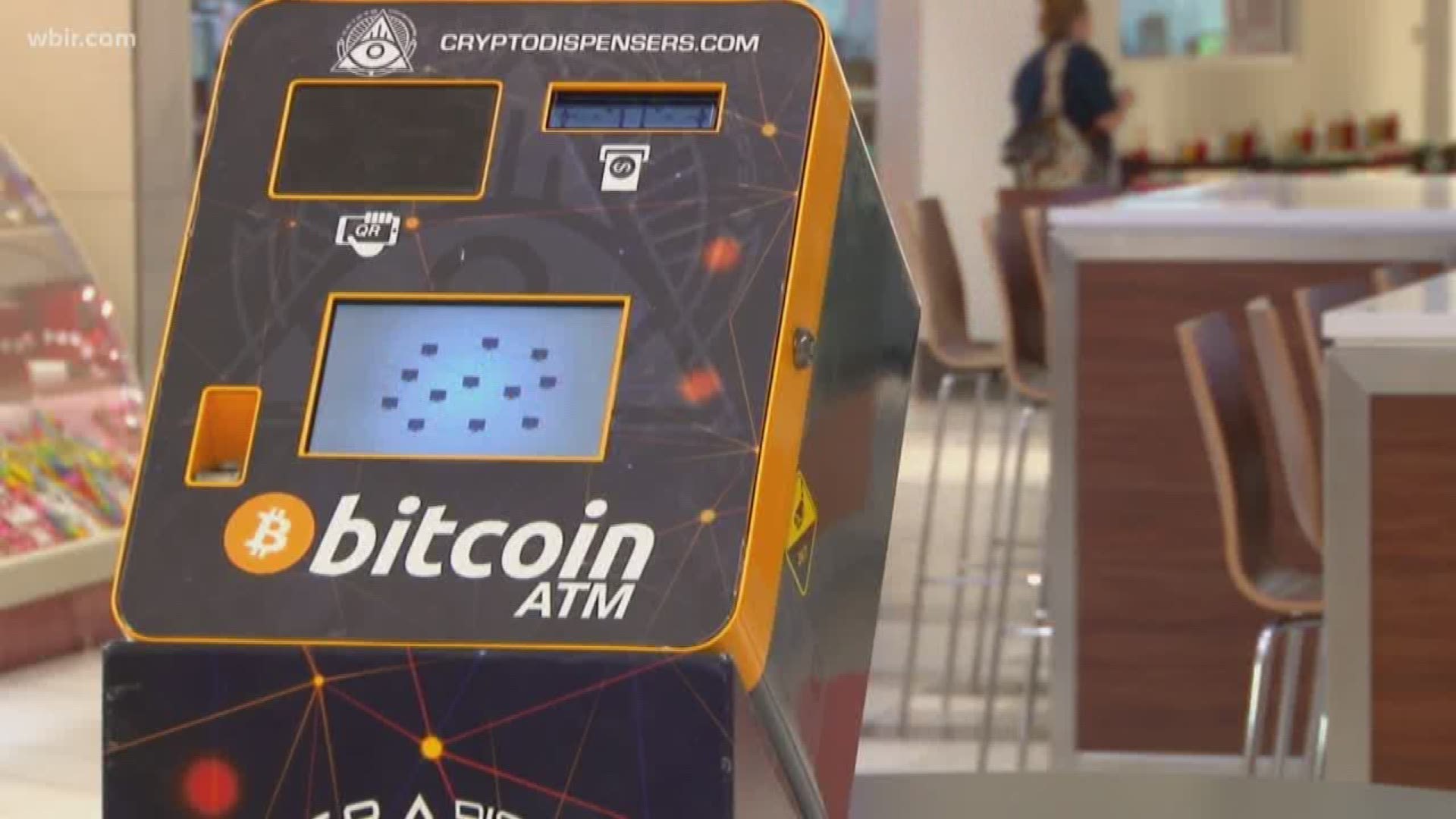 KNOXVILLE, Tenn. — Knoxville's West Town Mall has a new ATM and it's not your typical machine.

There's now a Bitcoin ATM at the mall. It's one of five in Knoxville, the only one of this kind in the state and one of 25 in the country that's made by the company, Crypto Dispensers.

Now, you won't be able to physically take anything out of the machine but you can go put cash in it to purchase bitcoin.

First, what is Bitcoin?

It's a form of online currency that was created in 2009.

You spend it like cash, but there are no banks involved and transactions are non-refundable and untraceable.

So far only select things can be purchased with the bitcoins.

So it's not widespread yet, and the exchange rate moves a lot.

At the time this article was written, one bitcoin was worth about $3,400.

"Now you have something that's value fluctuates so wildly that you have no idea what it's going to be worth tomorrow," said Moon.

That's why some people invest in Bitcoin, to make money from the value changes.

Others use it so it can't be traced.

RELATED: Bitcoin 101: What is it and should you invest?

"A lot of people are seeing it for the first time when they see it inside of a mall and they don't even know those kinds of things exist," said Crypto Dispensers CEO Sabreen Rihan.

It scans your driver's license and you are on a government watch list it won't let you purchase any bitcoins.

You also have to pay a transaction fee of about 10 percent.

Once you put in your cash, the bitcoins are sent to a digital wallet of your choice.

"If you're going across the world to another country you still have your funds on your phone," said Rahin.

Crypto Dispensers has an agreement with Simon Property Group, the company that owns West Town Mall, and said it is the first and only cryptocurrency automated teller machine, or ATM, operator to offer real-time rate updates and the Lowest BTM Rates® on the market.

"They're definitely an easier way for new people to purchase bitcoin or other cryptocurrencies."

The West Town Mall machine is located in the dining pavilion.

RELATED: Should you invest in Bitcoin?