5 local players are receiving statewide recognition for their accomplishments on the football field. 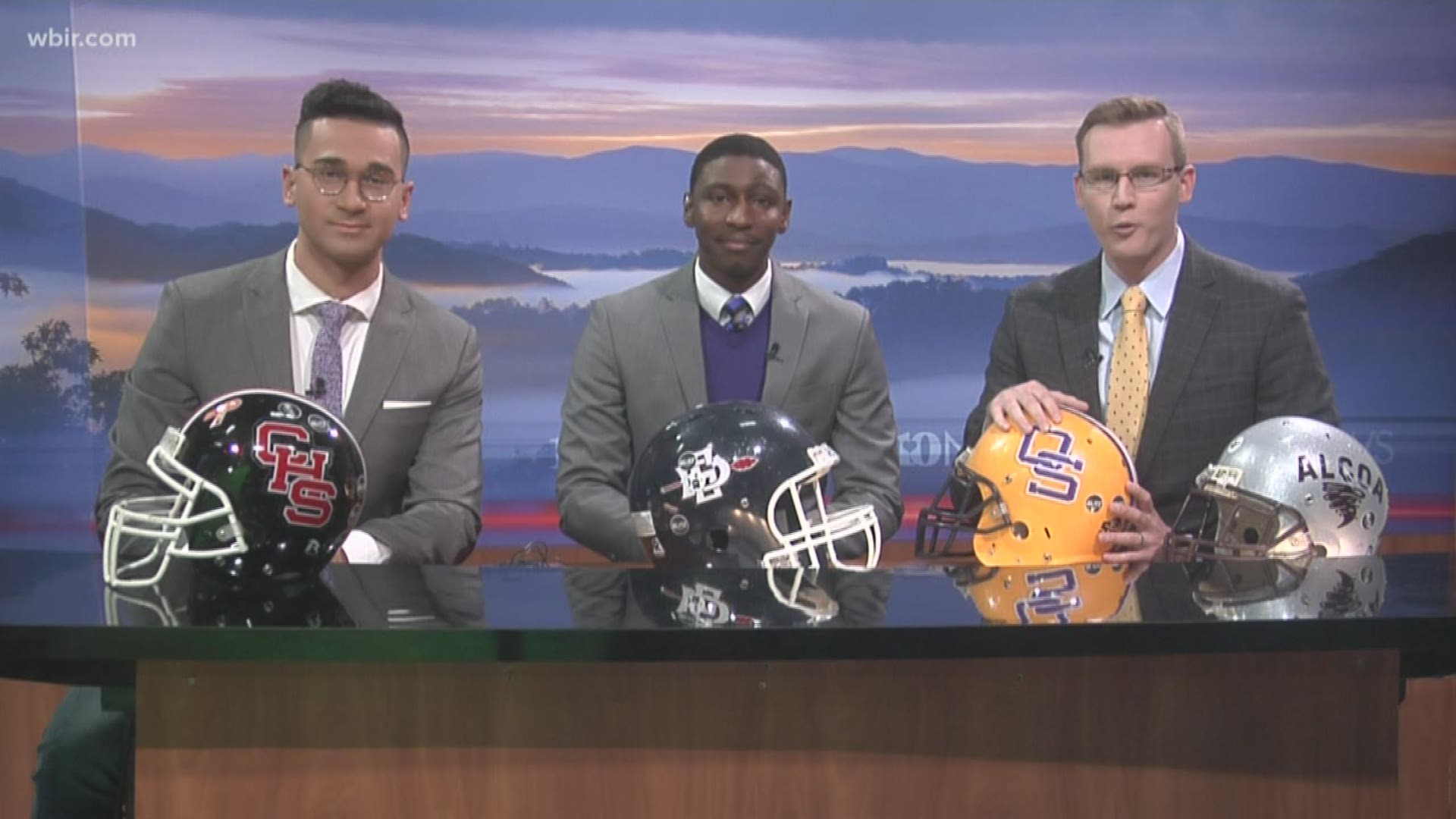 NASHVILLE, Tenn. — And then there were five.

5 local players were recognized throughout the nine classifications of Tennessee football, including the "Kicker of the Year" category, as finalists for the Tennessee Titans Mr. Football Award Finalists.

The Tennessee Titans Mr. Football Awards will be presented to the top football players in nine classifications of the Tennessee Secondary School Athletic Association on Monday, December 2, 2019, at Nissan Stadium in Nashville.

The following is the list of finalists with the local players highlighted in bold text.