Check out who's taking home a helmet sticker this week! 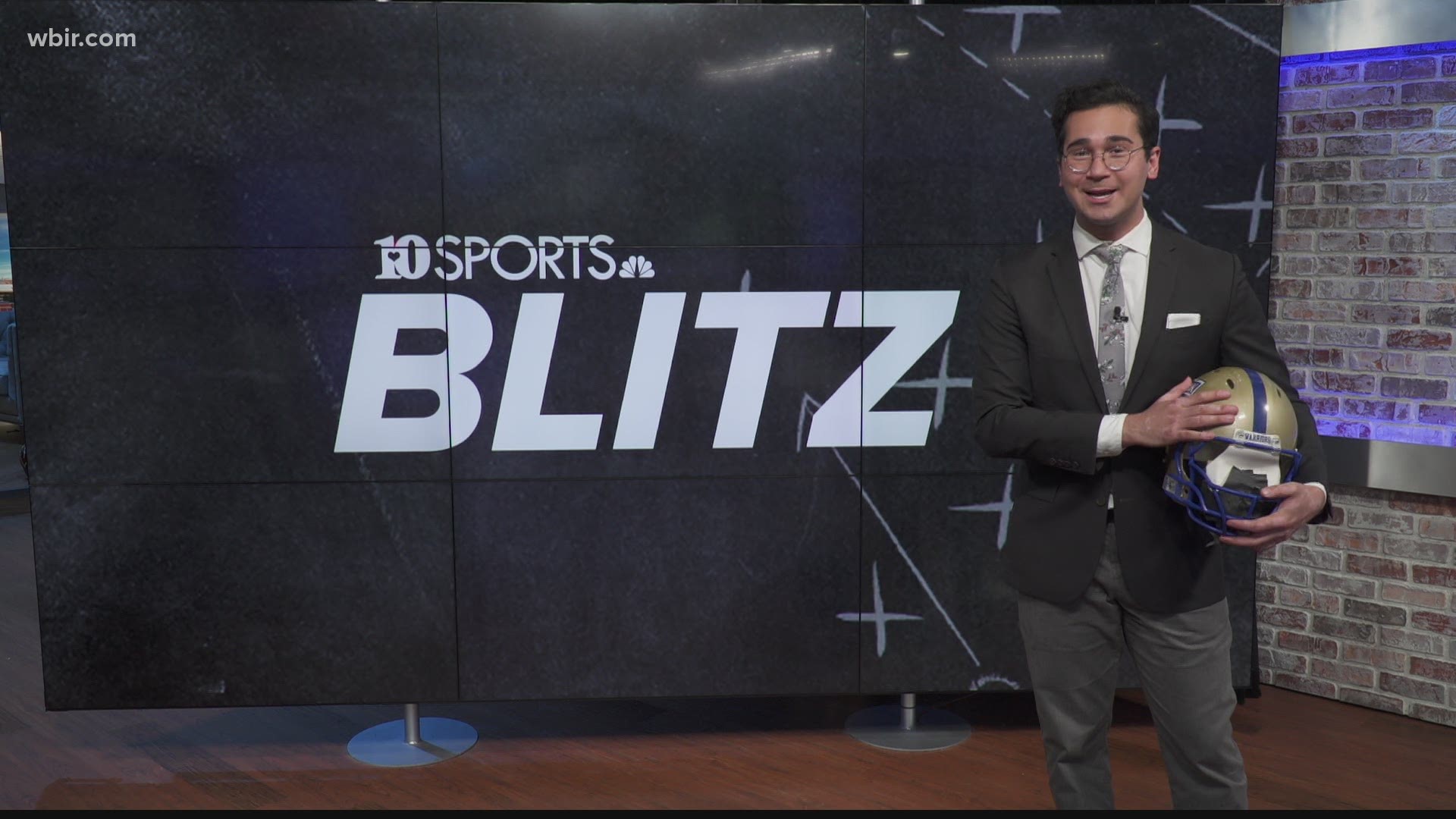 KNOXVILLE, Tennessee — Each week during high school football season, the WBIR 10Sports team will hand out helmet stickers to some of the top performers in East Tennessee. The winners will be recognized at the end of our Friday night football show "The 10Sports Blitz." We will also mail a WBIR helmet sticker to each of the winners.

Dunn dominated all night for the Warriors, finishing with 298 yards rushing on 35 carries for four scores. He's played big all season, and in the biggest game of the year for CAK, he steps up again.

This Alcoa defense year in and year out takes care of business, shutting down opposing offenses. Elijah Cannon played a massive role in the 43-0 win over Gatlinburg-Pittman, not just making stops, but scoring the ball himself. Cannon finished the game with nine tackles and two interceptions returned for touchdowns.

Maryville's defense shut down a potent McMinn County team which was averaging 40+ points a game to just a safety. Maryville hasn't allowed more than 13 points all season. Teams have been held to single-digit point totals in in seven of Maryville's nine games.