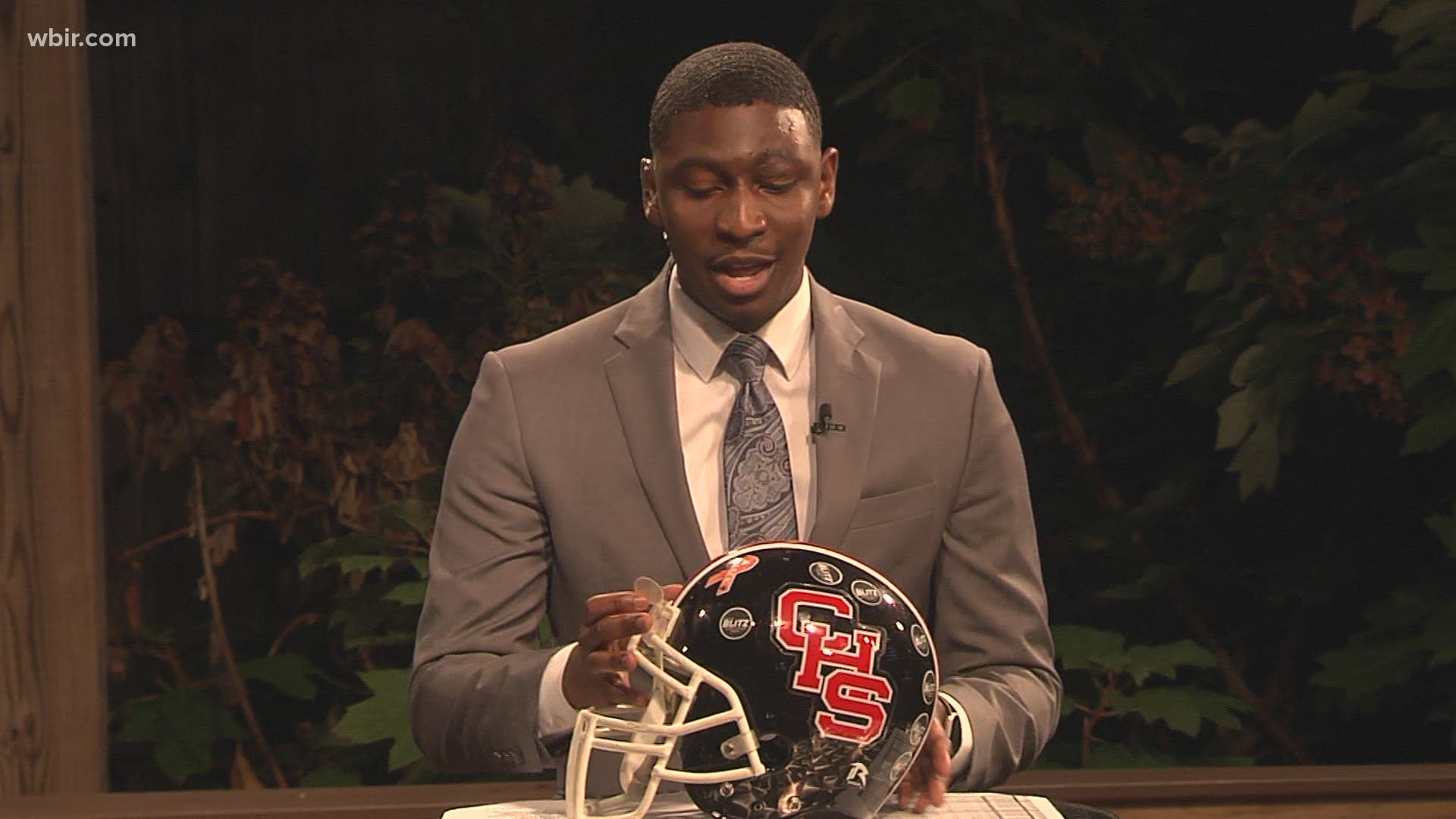 Gary carried the ball early and often for South-Doyle in its comeback win against Anderson County, rushing 19 times for 169 yards. His emotion and running ability helped power South-Doyle to the fourth quarter comeback. Props have to be given to both Terrell Brown and Noah Myers. Brown scored a fourth quarter touchdown, while Myers had the go-ahead touchdown and 2-point conversion.

This is Fortner's second helmet sticker of the early season, and he really outdid himself: five touchdowns on the night for the Bobcat in a 53-21 win against Hardin Valley.

The Maryville quarterback, and the Maryville offense, didn't do much for the majority of the game, but Jones turned it on late with two rushing touchdowns. The Alcoa defense had yet to allow a point before Maryville score two second half touchdowns in the 14-9 win against the Tornadoes.