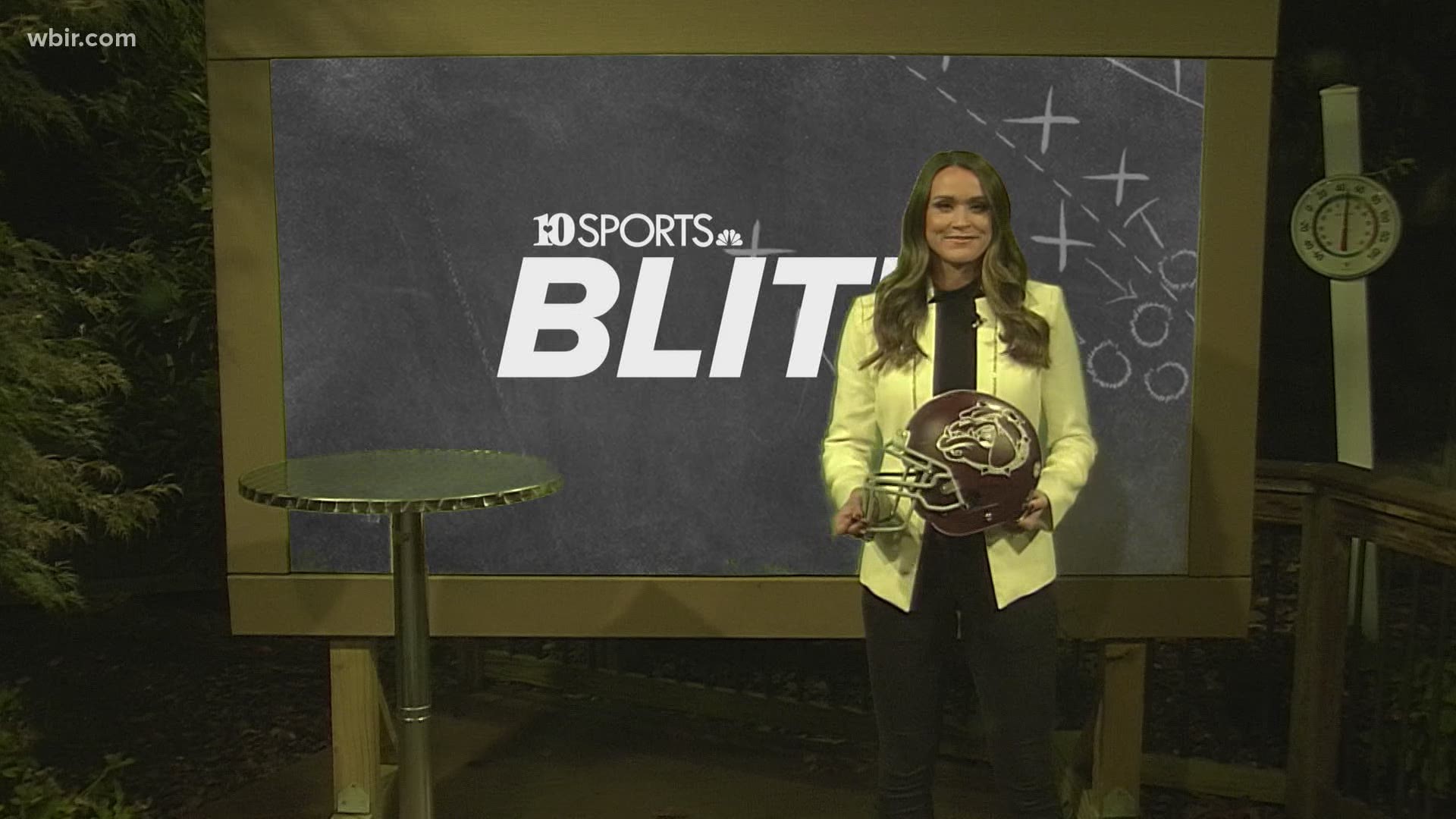 The quarterback had 379 yards passing and five touchdowns in a dominating win against Morristown West. Carter is now 5-2. The last time Carter won five games in a season, was 2014.

So proud of our kids for bouncing back from a tough loss and playing EXPLOSIVE football tonight. Great win! Have to shoutout @chanrw11 for a massive game! Nearly 400 yards passing and 5 TD passes! That’s winning football! #GoHornets #HornetRaid #ComeToStrawPlains #WeAreOne

What a performance from the running back: 23 carries, 291 yards and five touchdowns plus five catches for 97 yards and a touchdown. It's his second helmet sticker, he can do it all for a TKA team that's sitting at 6-1 with three games left in the season.

23 carries for 291 yards and five touchdowns. Five catches for 97 yards and a touchdown.

That’s 388 all purpose yards and six touchdowns while averaging 13.9 yards per touch. Sheesh.@TDT_Sports

Williams played big to help push the Bulldogs into the win column for the first time this season: 19 carries, 163 yards three touchdowns and a pick-six on defense. Bearden has four games remaining this season, but next up is a road trip to Jefferson County.