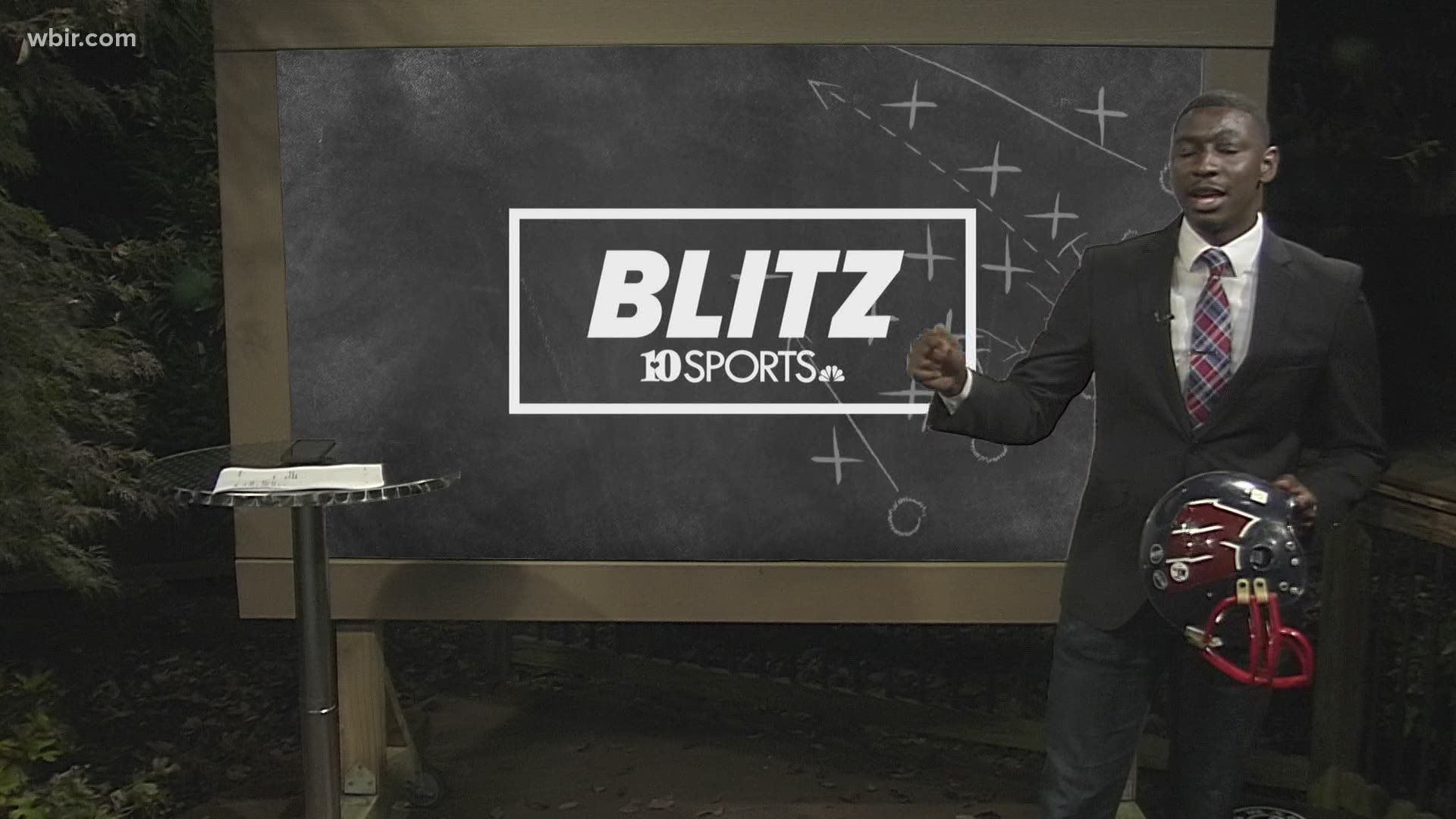 Each week during high school football season, the WBIR 10Sports team will hand out helmet stickers to some of the top performers in East Tennessee. The winners will be recognized at the end of our Friday night football show "The 10Sports Blitz." We will also mail a WBIR helmet sticker to each of the winners.

Henson got a helmet sticker earlier this year when he set a new school record with five touchdown passes in a single game. Against Sevier County on Friday, he broke his own record, with six touchdown passes. The Hurricanes picked up the win, 54-23.

Scott had two interceptions in West's huge win over undefeated Powell, including the game-clinching pick-six against the Panthers. Playing big on a bright stage for West.

Davis finished the game with 100 yards passing and two scores, plus 166 yards rushing and four touchdowns on the ground. Davis played big for the Bulldogs, helping the team pick up its first win of the season against Jellico, 46-30.