Check to see who took home the helmet stickers this week. 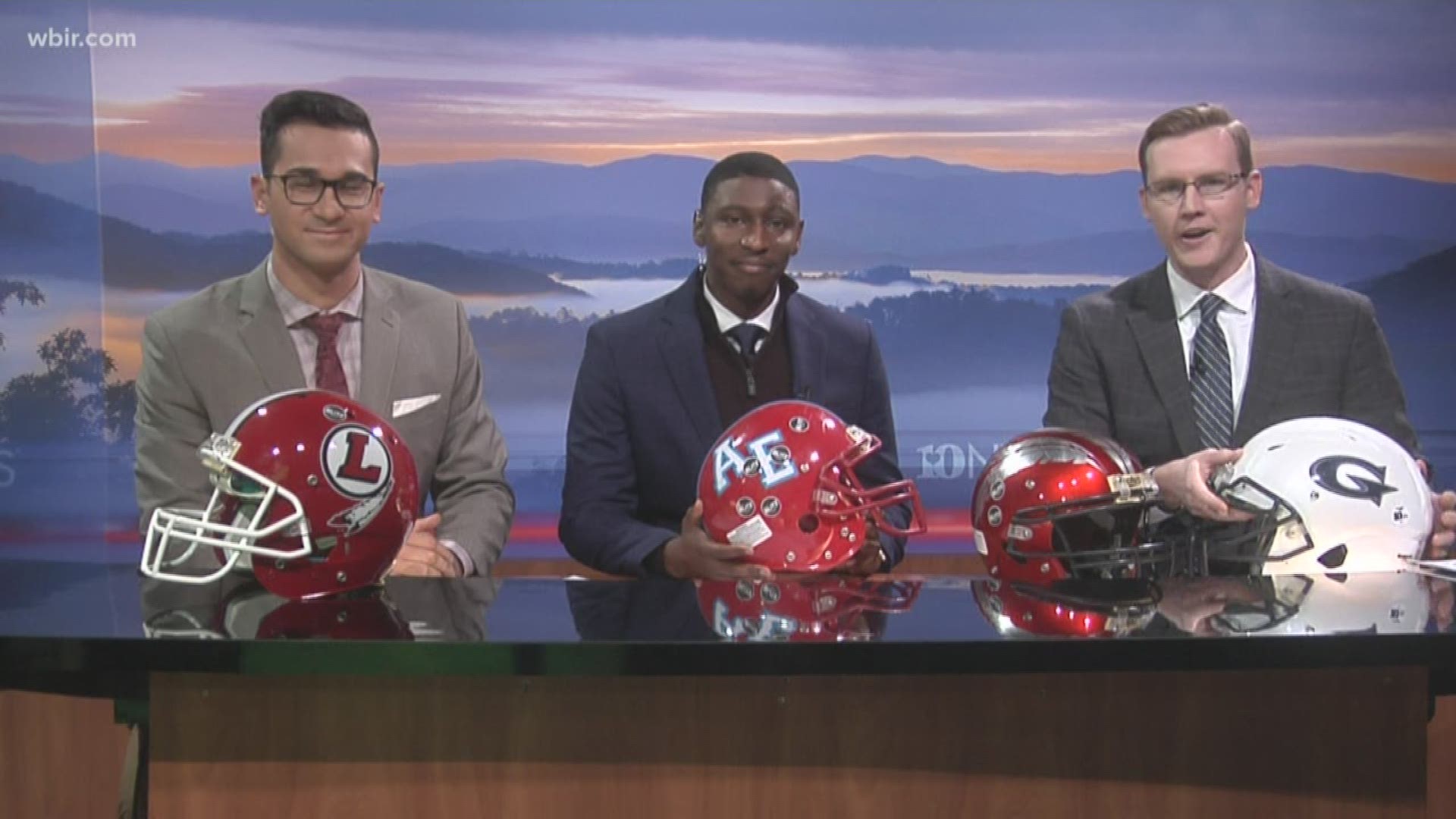 KNOXVILLE, Tenn. — Each week during high school football season, the WBIR 10Sports team will hand out helmet stickers to some of the top performers in East Tennessee. The winners will be recognized at the end of our Friday night football show "The 10Sports Blitz." We will also mail a WBIR helmet sticker to each of the winners.

Foster had three combined touchdowns and more than 180 yards, including a few big plays against Johnson County. Foster and the Roadrunners will play Kingston in the second round.

Patrick makes the rules, so Patrick breaks the rules. Rutgerson played big on a night where Greenback spread the love: 7 carries for 126 yards and 3 touchdowns on offense, plus an interception on defense. Greenback will play rival Coalfield in the second round. Curcio had 226 yards and five scores for Grace Christian in its win over Goodpasture. GCA will play Lipscomb Academy in the second round.

Harig completed nearly 90 percent of his passes for 260 yards and 7 touchdowns against York, setting a new single-game Loudon record in touchdown passes and leading the team to an 11-0 record in the process. Loudon will play Smith County in the second round.