Catch up with scores and highlights from the semifinals of the high school football playoffs. 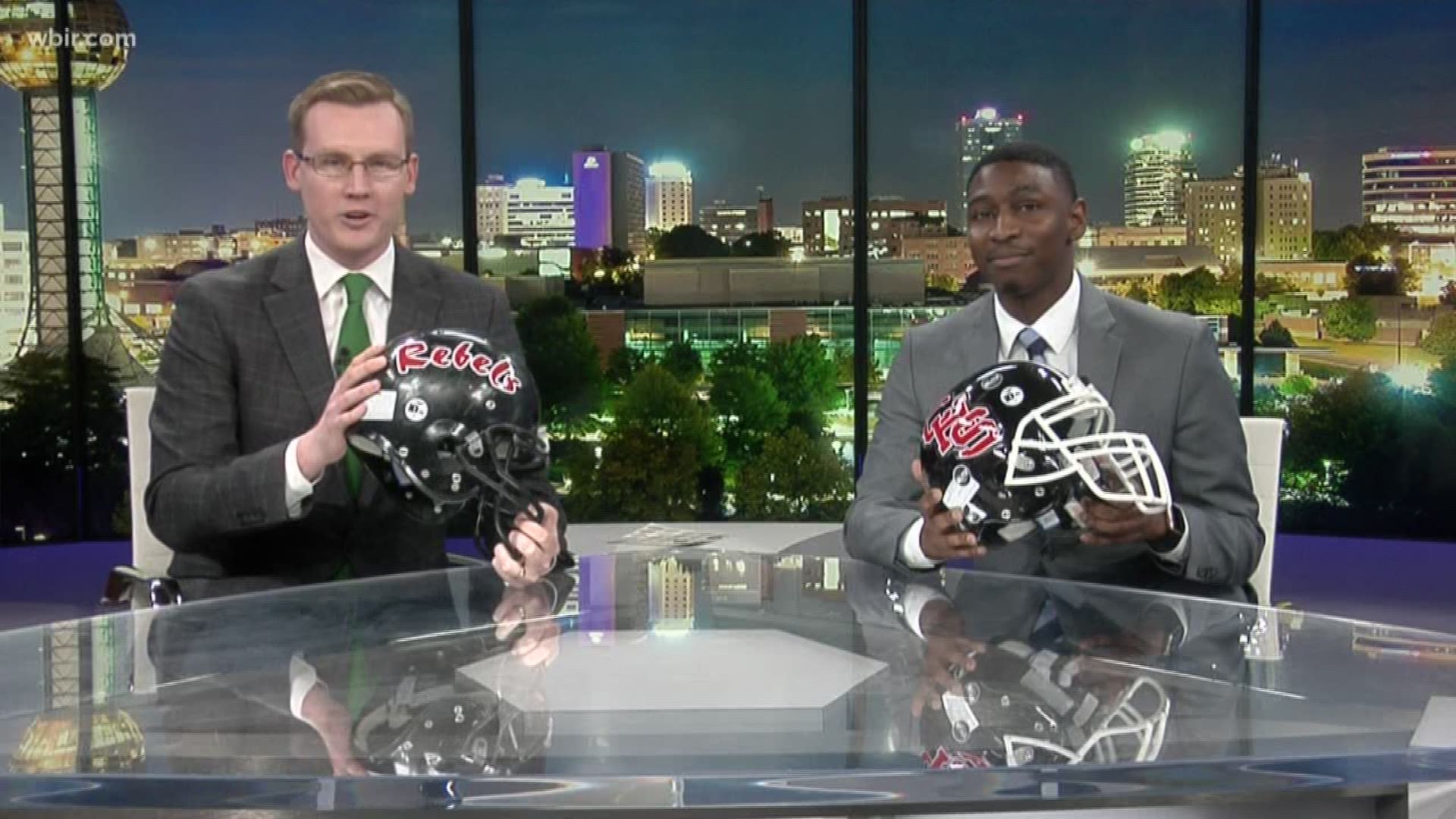 KNOXVILLE, Tenn. — The high school football playoffs are starting to wind down which means that each and every game brings an intensity like nothing else thus far in the football season.  On Friday there were four games that involved local teams. In this week's 10Sports Blitz high school football recap, we take a look at the semifinal games that decided who moved on to a state championship.

Alcoa hosted Loudon on Friday in Blount County.  This match up looked like it would be one of intrigue, as Loudon came into the night undefeated on the season.  At 13-0, Loudon was looking to get back to the state championship for the first time since 1975.  Alcoa on the other hand came into Friday's game with just one loss on the season.  The Tornadoes hadn't just been good, they were dominant all year long.  Coming into Friday's game, they had outscored their opponents by 500 points.  Alcoa scored 571 points, while holding their opponents to just 71 points all season through the first three rounds of the playoffs.  On paper this game should have been close, but that's why they play the games.  Alcoa blocked a punt on the opening drive that they returned for a touchdown, and ultimately foreshadowed what was to come.  All night long Alcoa dominated, with Loudon's offense turning the ball over and never really getting any momentum.  Alcoa earns yet another trip back to Cookeville with a chance to defend their title after knocking off Loudon.  Final: Alcoa 56, Loudon 0

Maryville hosted Oakland for a chance to get back to the state championship Friday evening.  Both teams entered this game undefeated.  Oakland had shown the ability to put up points all year long, as they were statistically one of the best teams in the entire state on offense.  Oakland reached the 80 point mark in two separate games this year.  The Rebels were looking to revenge their only loss of the 2018 season, when Oakland ended their season with a 38-0 shutout.  This game was quite a bit closer throughout.  The rebels didn't put up many points, but their defense played so well that they didn't have to.  Maryville wins a close one as they earn another trip to the state title game.  Final: Maryville 12, Oakland 0

Greenback played host to South Pittsburg on Friday.  Greenback came into the game winners of 11 straight, including a shutout victory over Oliver Springs a week ago.  South Pittsburg entered the game undefeated at 12-0, and the Pirates were coming off of a 40-0 win over Gordonsville last week.  South Pittsburg continued their impressive play early on Friday night.  Greenback mounted a strong comeback and came back to get the victory.  During the game, Greenback wide receiver Holden Willis set a new state record for most touchdown receptions in a single season.  Final: Greenback 27, South Pittsburg 26

Central and West met on Friday at Central High School for a chance to make it to the state title game.  The Bobcats won their first football state championship a year ago, and they were looking to get back to Cookeville once again with a win.  West on the other hand won a state championship in 2014, but the Rebels hadn't been back to the title game since then.  This game was a low scoring affair, and it wasn't always pretty.  The two teams combined to go 1-4 on field goal attempts on the night, and their was only one touchdown scored,  In the end, the state champs were able to defend their title for another week.  Final: Central 10, West 0