The Titans are one win away from the Super Bowl. 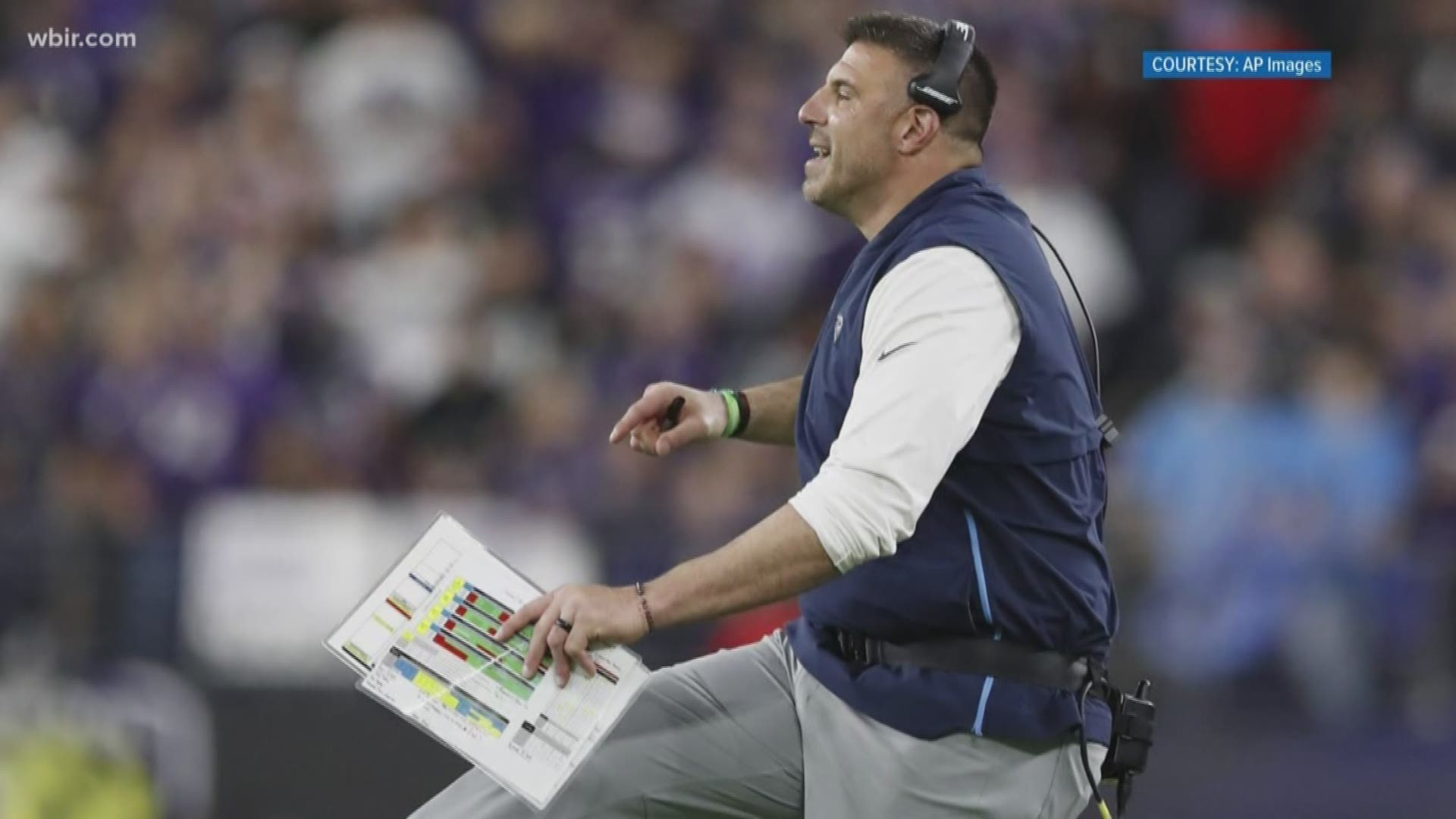 BALTIMORE — The Baltimore Ravens came into the postseason with the No. 1 seed in the AFC, the best record in the NFL and the soon-to-be-named MVP in Lamar Jackson. None of it mattered when Derrick Henry and the Tennessee Titans came to town. The Titans handed Baltimore its first loss since Sept. 29 of last year, beating the Ravens 28-12.

Tennessee took a 7-0 lead in the first quarter after Ryan Tannehill floated a touchdown to Jonnu Smith, who made a beautiful one-handed grab to secure the score.

The Ravens had 530 total yards compared to just 300 for the Titans, but Tennessee's offense took advantage of the opportunities in front of them. After the defense stopped the Ravens near midfield on a fourth and short in the second quarter, Tannehill hit Kalif Raymond on a 45-yard bomb on the very next play to take a shocking 14-0 lead over the Ravens.

RELATED: Derrick Henry lifts Titans to win and the postseason

If I told you before the game Tannehill would throw for only 88 yards, would you believe the Titans could have pulled out the win? The quarterback only threw the ball 14 times in this game because Derrick Henry continued to have one of the most dominating rushing performances in postseason history. Henry ran the ball 30 times for 195 yards. This comes after running the ball 34 times for 182 yards against the New England Patriots in the Wild Card Round.

Henry accounted for a touchdown in this game, but he didn't run or catch it - he threw it! A jump pass after lining up in shotgun to wide receiver Corey Davis.

The difference truly came in the red zone in this game. Tennessee scored three touchdowns in three red-zone trips, while the Ravens scored only one touchdown in four trips. Add three turnovers for the defense, and the 28-12 score makes perfect sense.

Now, in just the second season under head coach Mike Vrabel, the Titans will return to a place it hasn't been since the 2002-2003 season: the AFC Championship game.

Which team the Titans play is still to be determined: Tennessee will travel to the winner of the Houston Texans vs. the Kansas City Chiefs. If you want to scout ahead, that game will be at 3:05 p.m. on Sunday. No matter who wins, it will be a rematch for Tennessee. The Titans beat the Chiefs in Nashville off of a final-minute touchdown pass from Ryan Tannehill to Adam Humphries back in November, while the Titans split the series against divisional rival Houston, losing by three points in Nashville, but beating the Texans on the road, 35-14. Although, for full context, the Texans had locked up a playoff spot in the team's final game and were resting many of its starters.

Whichever team it is, the Titans will face a top-flight quarterback in Kansas City's Patrick Mahomes, last year's league MVP, or Houston's Deshaun Watson. It'll be another matchup of arms vs. legs with a trip to Miami and Super Bowl LIV on the line.

RELATED: Need a receiver? This Titans cheerleader might be up for the job