Austin-East defeated Gibson County to advance to the next round of the 2021 Class A State Soccer Tournament. 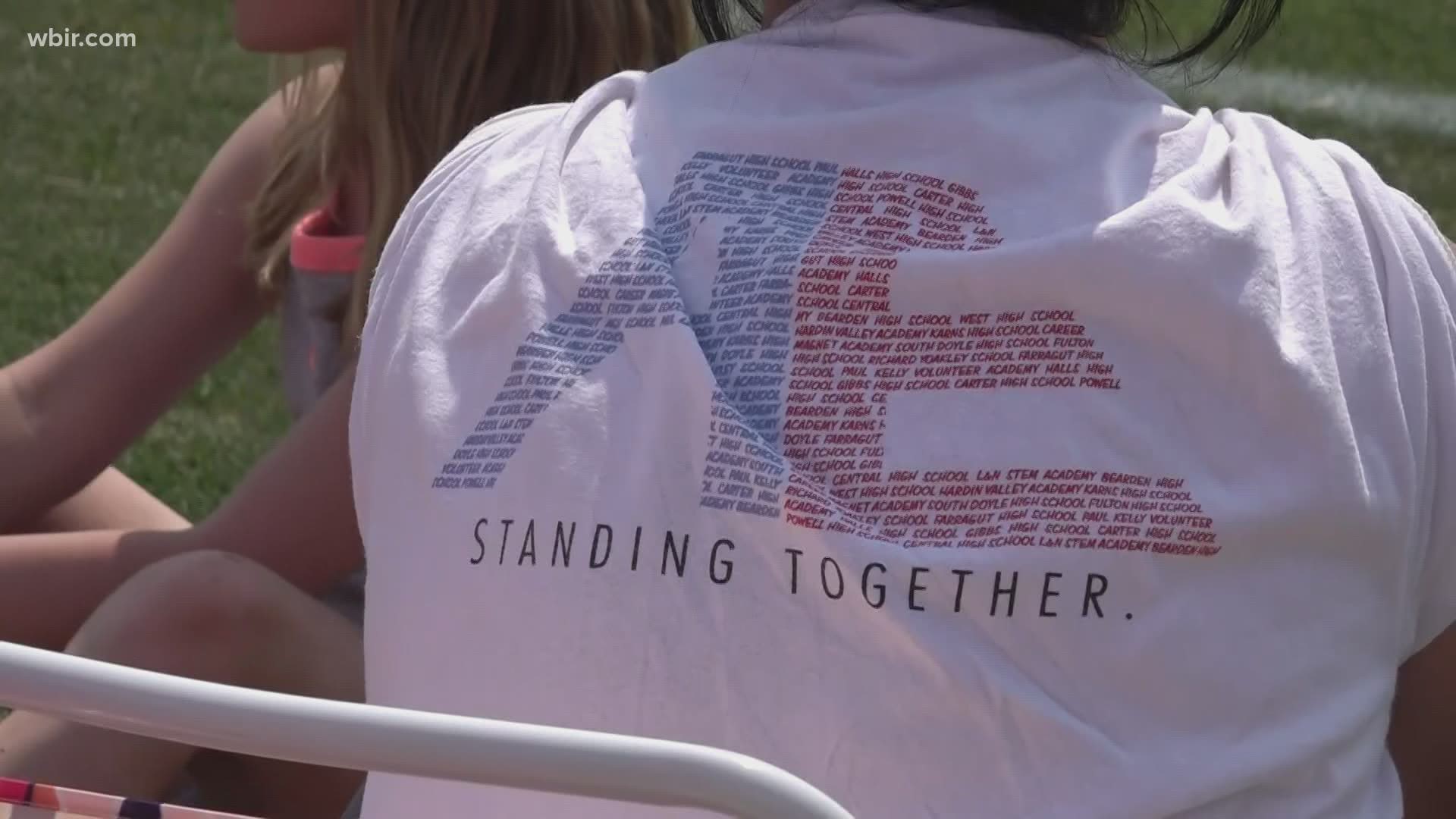 MURFREESBORO, Tenn. — The Austin-East Roadrunners soccer team made it to the state tournament for the first time this season. And now they are state champs!

The Roadrunners defeated Gatlinburg-Pittman Friday in a game that went into overtime!

The game was tied 2-2 at the end of regulation. Both teams managed a point in the first overtime period and the game went to penalty kicks, where Austin-East came out on top.IT wa

It was a hard-fought game on both sides!

The community had rallied around the A-E team after a year where they lost five classmates due to gun violence. Some teams were afraid to travel to the school to play them.

When they made it to Spring Fling, the community supported the team, raising money for travel and food to make it possible.

The Austin-East and Gatlinburg-Pittman boys soccer teams utterly dominated their first round matchups in Murfreesboro Tuesday on the path to becoming state champions!

Austin-East defeated Gibson County 8-0 in round one of the 2021 Class A State Soccer Tournament.

The team will play Merrol Hyde Magnet School in round two on Wednesday at 1:30 p.m.

Gatlinburg-Pittman similarly shut out Memphis East with an impressive 9-0 final score. They will go on to play Signal Mountain Wednesday.

Austin-East wins 8-0 to advance to the semifinals. The star of the game? Head coach Jonathan Netherland says it’s the entire Austin-East community. We will have more on that at 6pm on @wbir.