Officials said that tickets sold out at Lindsey Nelson Stadium for the game against Arkansas, the final SEC home series of the season. 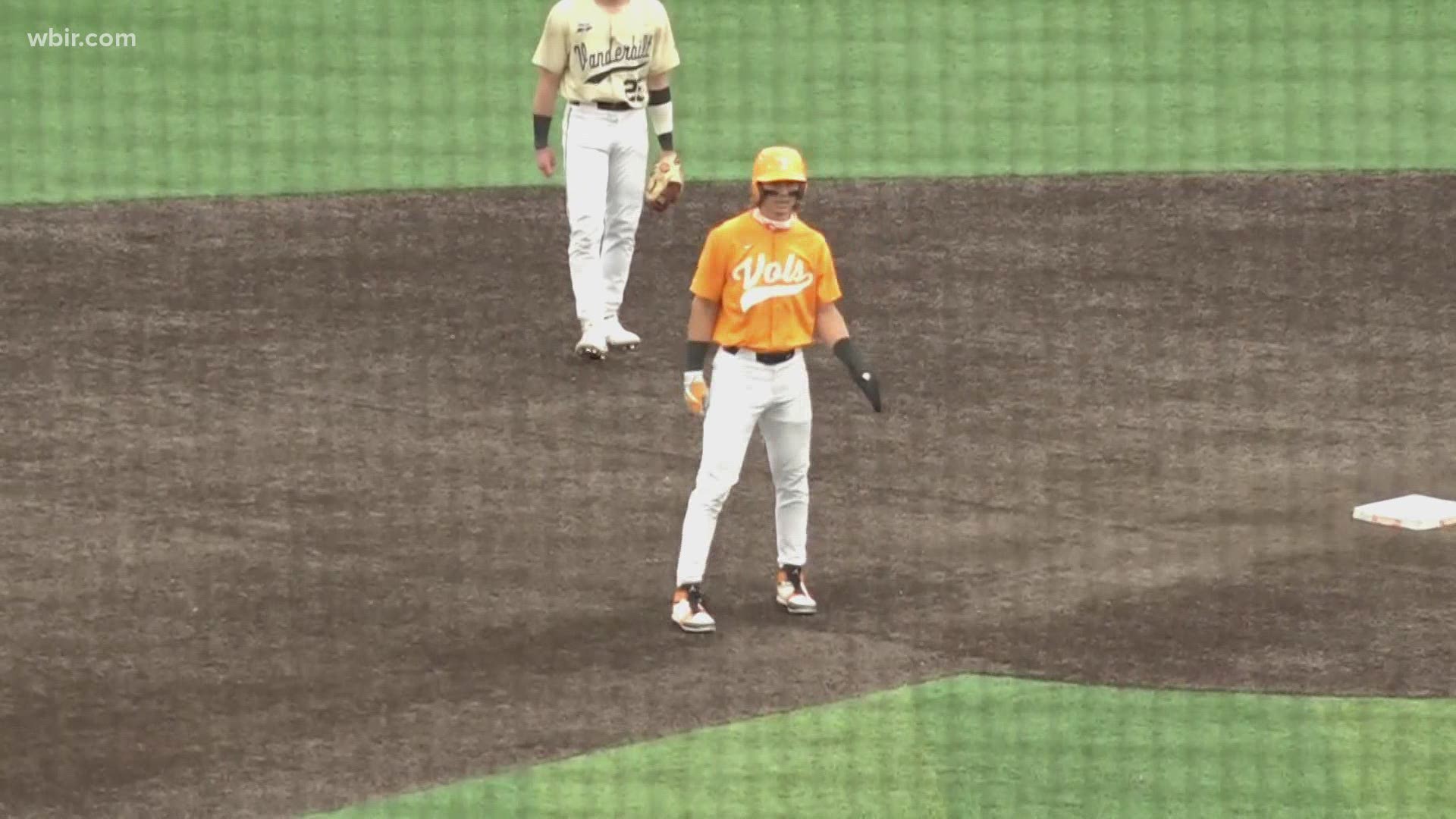 KNOXVILLE, Tenn. — Tennessee baseball fans will want to go down to Lindsey Nelson Stadium for a weekend filled with events and exciting games against top-ranked Arkansas.

It will be the final SEC home series of the season, and it will kick off on Friday with Shirseys on the Seats. The event will be presented by Academy Sports + Outdoors, and every seat in the grandstands will include a shirt featuring either throwback VFL jersey designs or a Cream Vols t-shirt jersey.

Officials also teased an appearance from a VFL legend at Friday's game.

"Also on Friday night, Vol Nation won't have to travel to Omaha to see a VFL known for his arm throw out the ceremonial first pitch," they said in the release.

On Saturday, Vol fans will have a chance to participate in the first-ever Checker LNS event. During the noon game, fans are encouraged to wear the color corresponding with their ticket location and section. They can check what color clothes to wear here.

Organizers hope to color the stadium's stands in a checkerboard pattern while the game goes on. Fans will be able to buy appropriately colored clothes at the ballpark, according to a release from officials. Anyone not sure of their seating location is encouraged to pack white and orange t-shirts to ensure they can help checker the stadium.

It is inspired by Head Coach Tony Vitello's own lemonade stand, which briefly launched in 2018.

Kids' day activities also include free ice cream scoops for the first 75 kids 12 years old and under, Colar Me Pennants and make-your-own Orange and White Bracelets.

On Saturday and Saturday, a food truck will also be inside Lindsey Nelson Stadium behind the third-base patios.

The series against the Razorback is sold out, according to officials. It kicks off on Friday at 6:30 p.m. It will be at full capacity.

Lots of exciting things going on for this weekend's series at Lindsey Nelson!

Read all about them ⬇️