UT had to win four games to get to the College World Series final series. 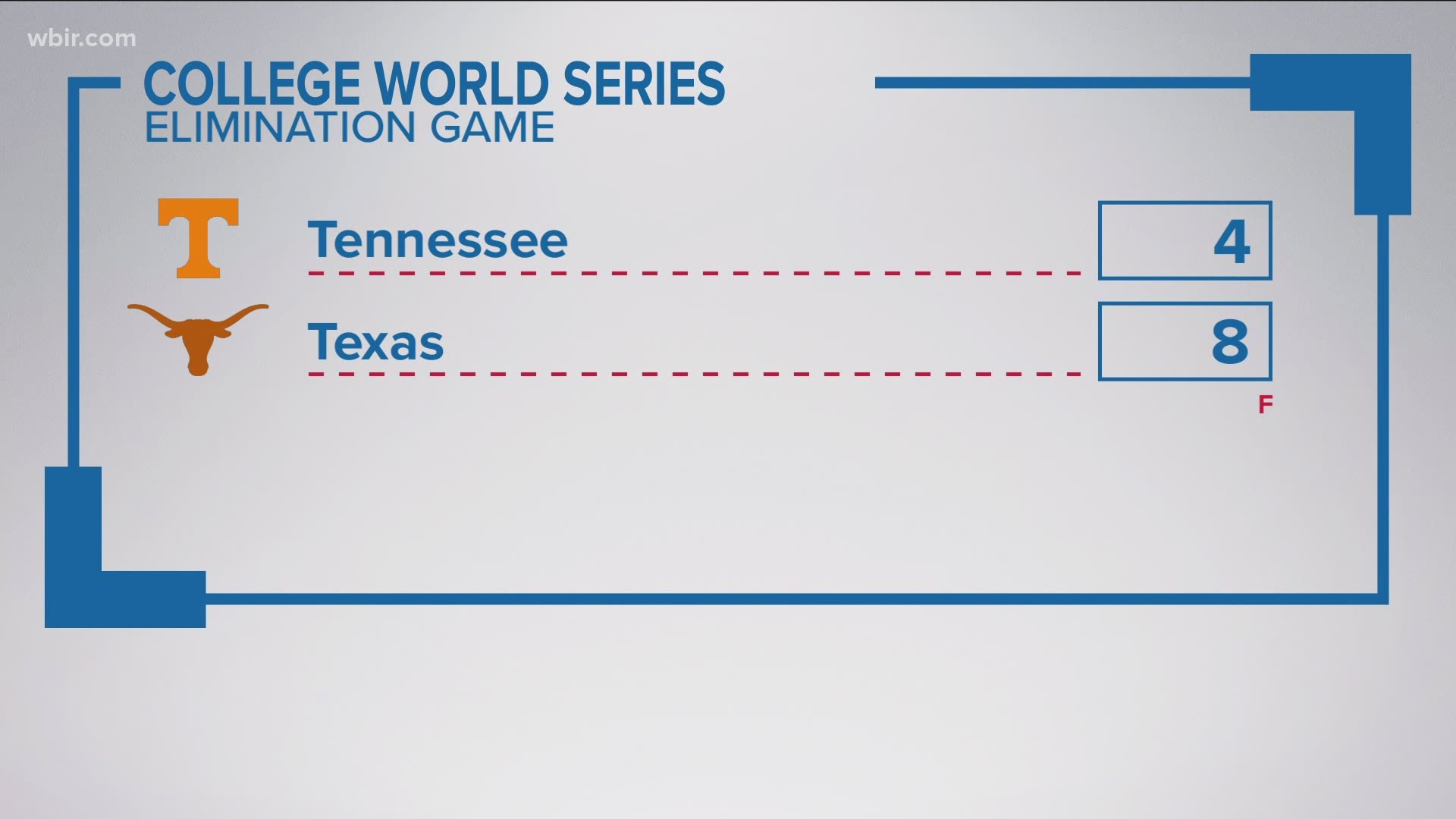 OMAHA, Neb. — Tennessee Baseball was looking to bounce back after a 6-0 loss to Virginia on Sunday. However, they fell to Texas 4-8 in Tuesday's game.

The Vols played Texas in the College World Series loser's bracket Tuesday afternoon. It was a win-or-go-home scenario for both teams.

The programs have only met twice and the Vols are 2-0 all-time versus Texas. The last meeting was in 2012.

UT had to win four games to get to the College World Series final series.

The first pitch was at 2 p.m. You can watch the game on ESPNU.

Here we go! It’s win or go home for both Tennessee & Texas today.

Freshman pitcher Blade Tidwell made his debut in the College World Series as the starter for Tennessee.

Freshman Blade Tidwell on the mound for the #Vols to make his CWS debut.

Peyton Manning has also been spotted at the TD Ameritrade Park Omaha!

Earlier this morning, around 11:45 a.m., Tennessee fans gathered to send off the Baseball Vols ahead of their matchup with Texas.