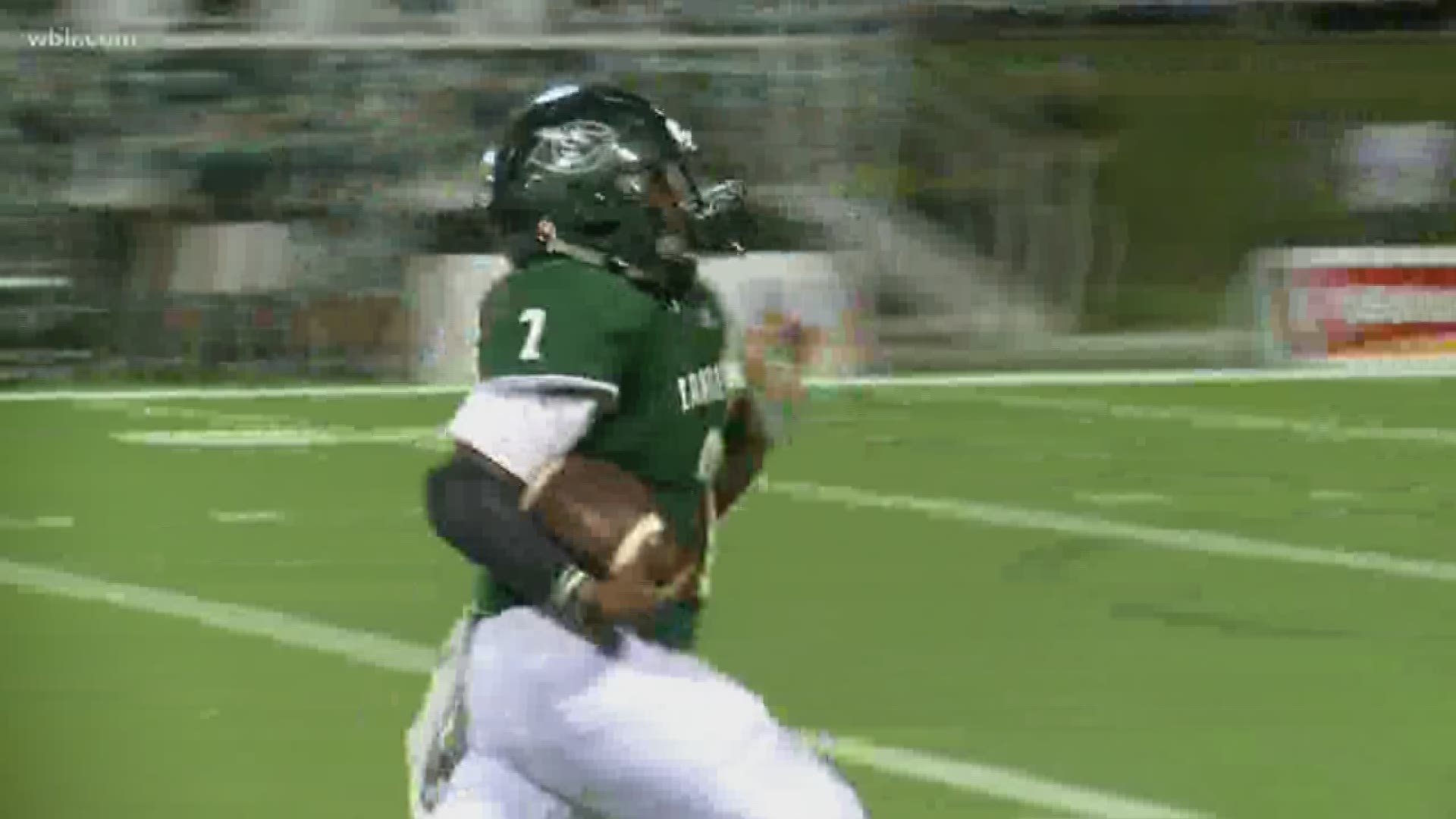 "Coach Clyde has been on the sidelines of our Carter High School Hornet football program for the past 21 years," the announcer said before the game started.

Moore's family walked onto the field, the band behind them and the Hornet fans in front of them.

"Coach Clyde was the epitome of the phrase 'Hornet for Life.'"

Moore's wife was given a football signed by every member of this year's team.

His initials "CM" were painted onto the sideline, with a stool, hat, play-sheet and photo next to it. Once the players ran onto the field to get the game started, the team took a knee next to Moore's spot and prayed for a moment.

The game did not end in Carter's favor, a 19-18 loss to the Red Devils, but it was as Moore would want: a tough fight to the very end, with a simple point to the sky marking the end of every big play.