Coleman will be ineligible to compete until May 13, 2022 and will miss the Tokyo Olympics due to the sanction. 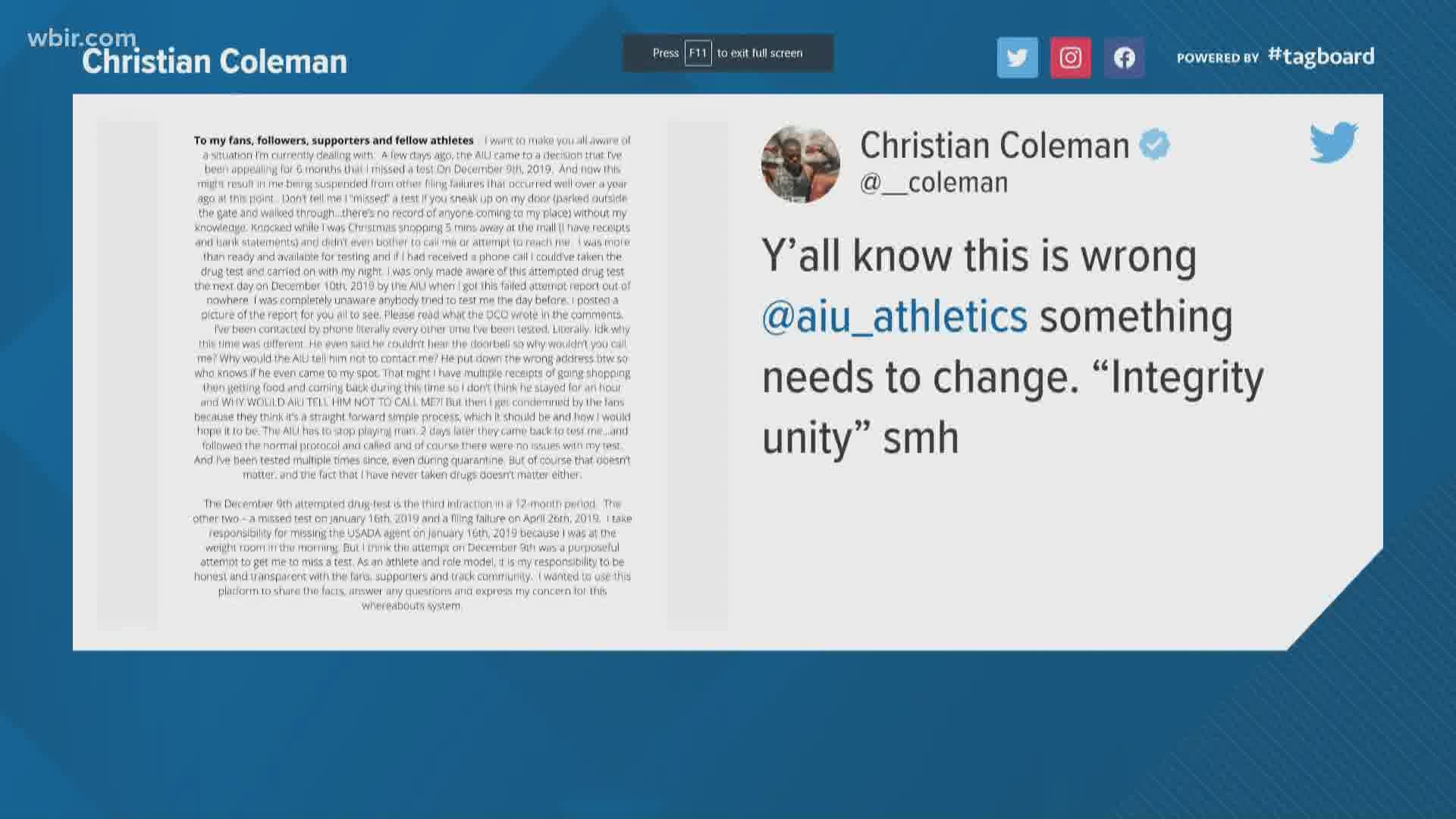 Coleman will be ineligible to compete until May 13, 2022 and will miss the Tokyo Olympics due to the sanction. The Athletics Integrity Unit announced the charge against Coleman Tuesday, saying he missed three tests over a 12-month period.

Normally, athletes must tell officials where they will be for an hour each day when they will be available to be tested. If an athlete violates this policy and misses their drug test, it means they either did not file forms telling authorities where they could be found or that they weren't where they said they were.

Coleman said he was out Christmas shopping when officials arrived at his home for a drug test. Since he was not home, he was considered in violation of the drug testing policy. It was the third infraction, with the other two occurring on Jan. 16 and April 26.

The Disciplinary Tribunal has upheld the AIU’s charge and banned sprinter Christian Coleman of the USA for 2 years for 3 Whereabouts Failures in a 12-month period, a violation of the @worldathletics Anti-Doping Rules.
Find out more ⬇️https://t.co/cBkQOqSHT4#AIUNews
1/2 pic.twitter.com/s8Kl44tKsp

Coleman said he was five minutes away when officials arrived at his house, at a nearby mall. He also faced disciplinary actions due to anti-doping violations in 2019 but was cleared in September.

Coleman was considered a top contender to win the gold medal for the 100-meter dash at the Tokyo Olympics, even after they were postponed due to the coronavirus.

You can read the full report below or by clicking on this link: