Knoxville city leaders said they are evaluating different approaches other cities have taken to support sporting venues with public financing. 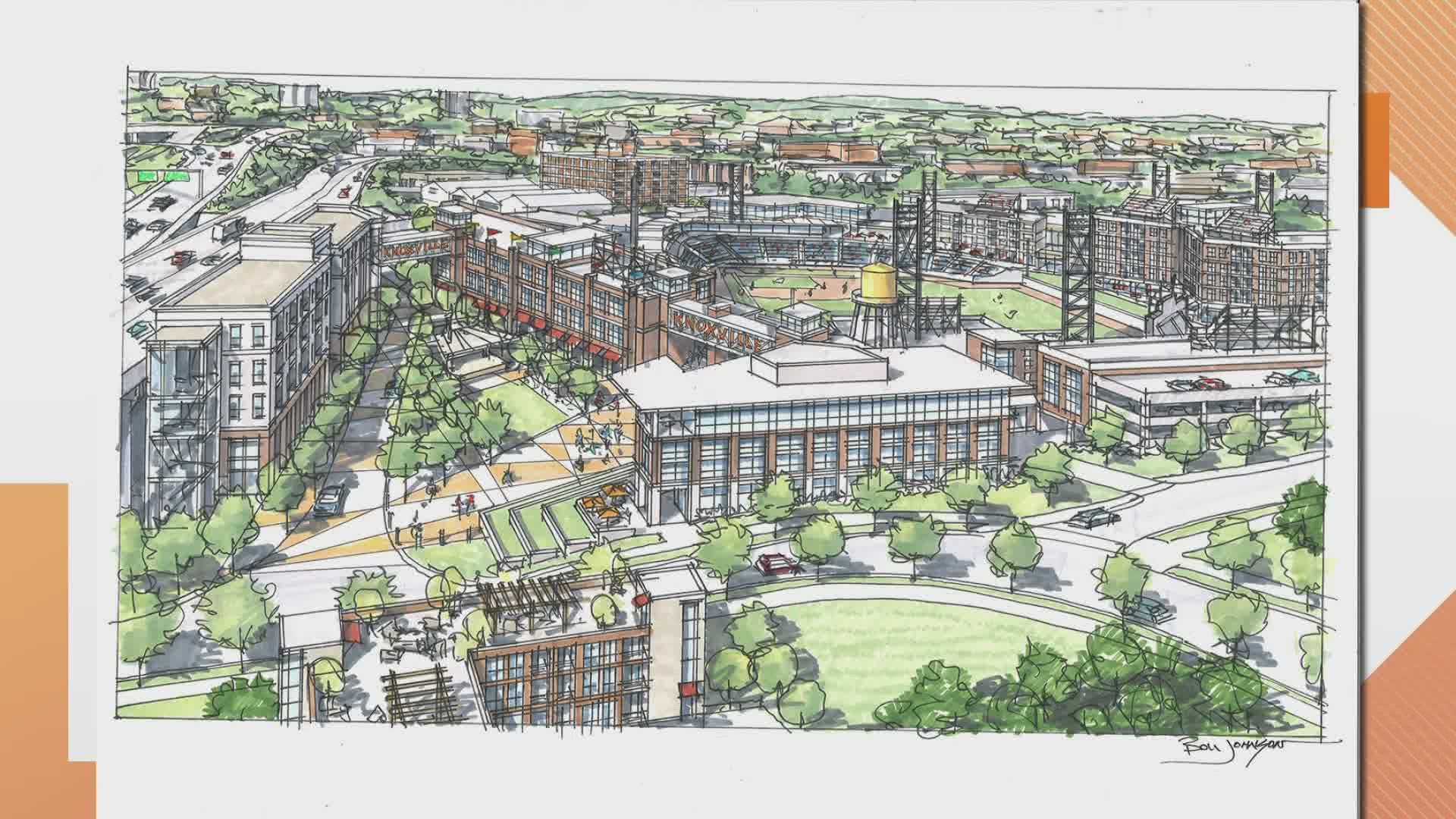 KNOXVILLE, Tenn. — The city of Knoxville says it is still in conversations over whether a baseball stadium deal could potentially happen in 2020.

City leadership, specifically Stephanie Welch, the City's Chief Economic and Community Development Officer and Deputy to Mayor Kincannon, said she has met with owner Randy Boyd about the baseball concept.

Currently, she said they are evaluating different approaches other cities have taken to support sporting venues with public financing.

"We are excited about exploring the opportunity with other partners. Community-wide support and buy-in will be critical to any public-private partnership," Welch said.

Currently, there is no definite timeline on when such a partnership might be formalized.

Credit: Moxley Carmichael
A view of a proposed stadium concept.

The Smokies originally played in Knoxville until 1999 when they left for Sevier County.

The team is under contract to play in Sevier County until 2025.

The team's owner, Randy Boyd, owns land near the Old City that could fit a baseball stadium.

The latest plans describe a mixed-use development around the stadium with retail, restaurants and living spaces built in cities like Atlanta and Chicago.

Credit: Moxley Carmichael
A view of the concept for the mixed-use stadium area.

Boyd said Tuesday he is still entertaining the offer of bringing the Smokies back to Knoxville.

"Any initiative for public consideration of a plan would come from the city and county leadership. Regardless, we will want to develop the property into something that can be a catalyst for growth and a point of pride for East Knoxville," he said.

Boyd is still under contract with Smokies stadium in Sevierville until 2025.

It would cost 10 million to end that deal early.

The downtown property, just east of Hall of Fame Boulevard and the James White Parkway, represents more than seven acres.

In all, Boyd’s footprint in that area of the Old City now extends to more than 11 acres.