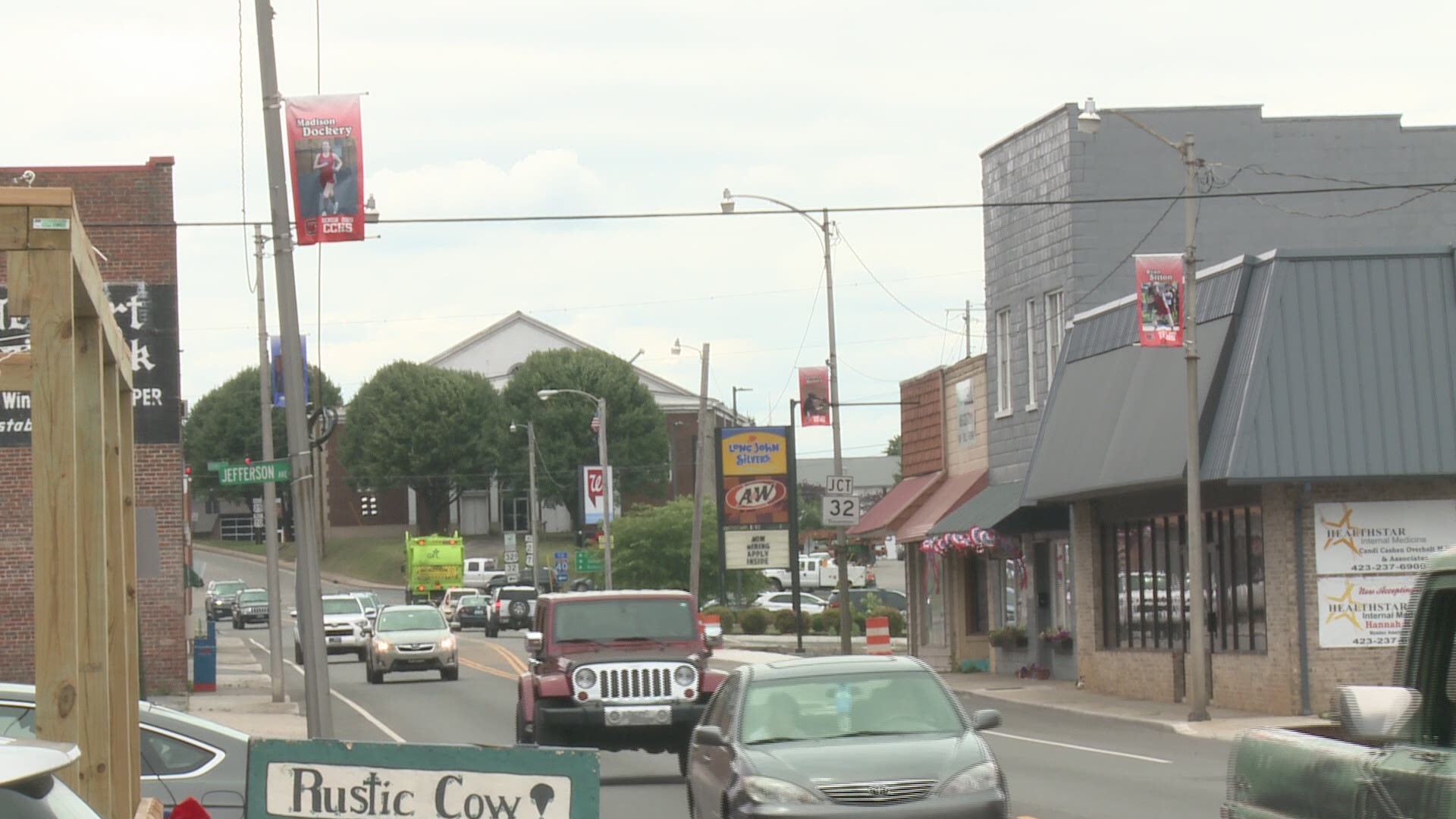 NEWPORT, Tenn. — Jeff Fancher has been around student athletes for a long time. He is a high school and college referee for football, basketball and baseball. He's also a former Cocke County coach and currently teaches at Cosby High School.

When the TSSAA cancelled the spring sports season in April, Fancher felt bad for the seniors who lost their seasons.

"Knowing that they didn't have that night for someone to say 'thank you' on a senior night. Football had it, basketball had it, cheerleaders had it, but these spring sport athletes did not," Fancher said.

He sprung into action, looking for a way to give the spring athlete seniors their "thank you." He collaborated with Rocky Top Grafix and created banners for each of the student-athletes from Cocke County and Cosby High School who lost their senior seasons.

"This is a small way for our county and our people to say 'thank you,'" Fancher said.

The banners hang about 30 feet high on the light posts in downtown Newport, Tennessee, along East Broadway St. They display players on both sides, so passersby will see athletes no matter the direction they travel on the street.

Since the banners were hung in early June, Fancher received positive feedback and appreciation from the athletes. Manney Moore, who played baseball at Cosby High School, is one of the athletes on the banners. Seeing his picture hanging high is special to him.

"It's really nice. I've never seen myself, like, out in the city," Moore said while smiling. "My dad told me about it and then I went down and I saw it for myself."

The banners are set to hang until the new school year starts. Each athlete gets to keep their banners, but have to complete a task before receiving them. Fancher requires that they write a thank you letter to the sponsors for making the banners a possibility.