It's official: Jim McElwain out as University of Florida football coach

University officials have parted ways with McElwain a day after the Gators' 42-7 loss to Georgia -- Florida's worst loss in the series in about four decades. 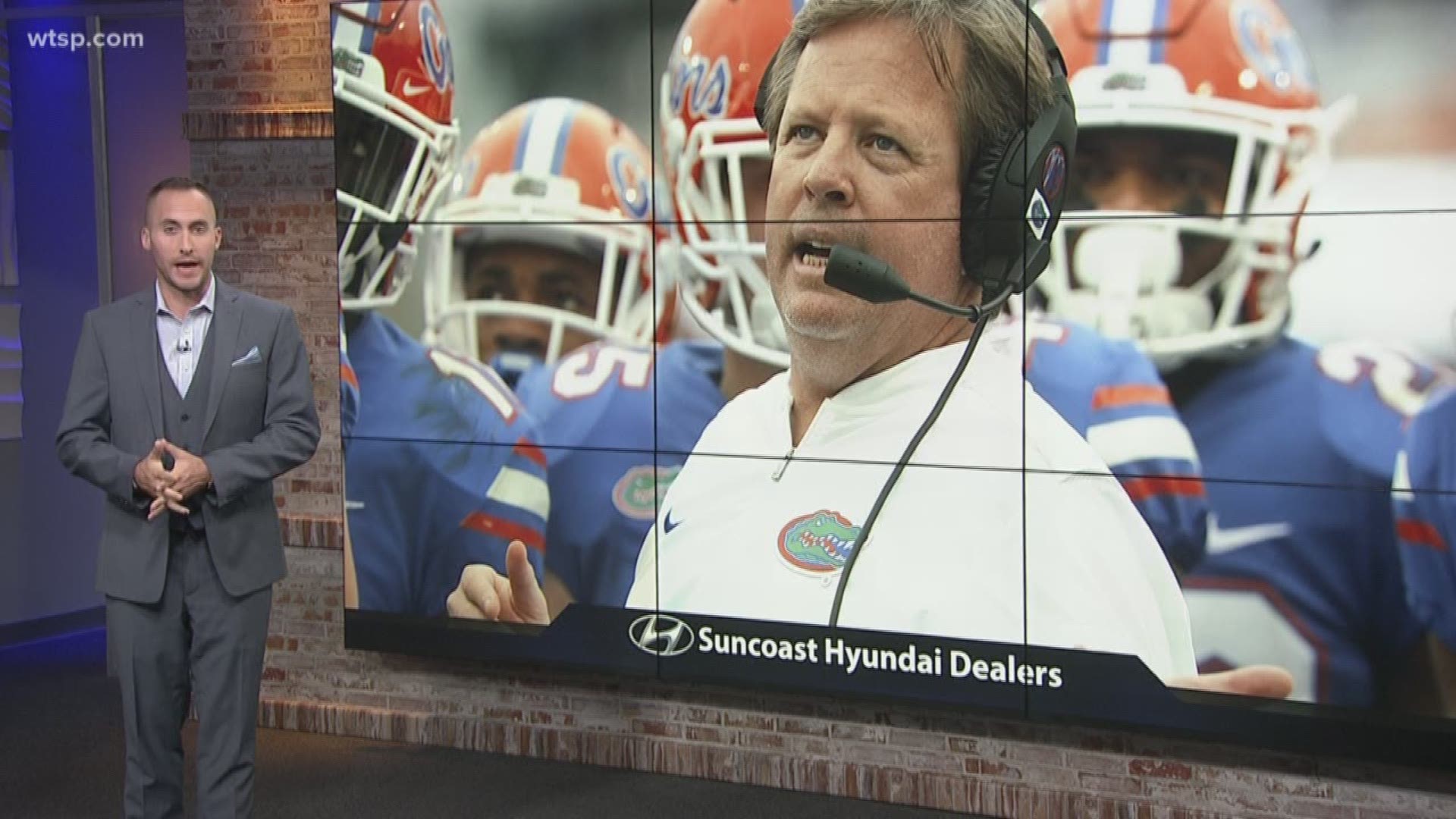 GAINESVILLE, Fla. (AP) - University of Florida officials say the school is parting ways with coach Jim McElwain a day after a third consecutive loss and nearly a week after he said players and families had received death threats.

The university announced Sunday the split was mutual. The terms of the separation are still being negotiated.

Florida (3-4, 3-3 Southeastern Conference), which is still paying former coach Will Muschamp, would like to significantly reduce McElwain's sum and could use his actions over the last week as leverage.

Regardless of the outcome, McElwain's tenure will be remembered for failing to fix a floundering offense. Three years ago, McElwain proclaimed he could win with his dog at quarterback. The Gators currently rank 113th in total offense, in triple digits nationally for the third time in McElwain's three seasons.

More: Opinion: It's time to end the McElwain era at UF

McElwain joined UF in 2015 with high hopes, the promise of an exciting offense. This was his third season as head coach coming off of back-to-back SEC East titles.

It came to a head Saturday as Florida began the day denying reports it was negotiating a buyout of McElwain with his agent, according to CBS Sports.

The season started on a rocky note, with nine Gators players charged with felonies for allegedly using stolen credit card information at the university bookstore and other locations. Ten players were suspended for the season-opening loss to Michigan.

Earlier in the week, McElwain said he and others received death threats following its losses. He hadn't shown proof, and WXIA-TV reports the allegation of threats caught the local police and department off guard.

McElwain’s record at the University of Florida was 33-23, including 3-4 this season. The team needs three more wins in their final four games to be bowl eligible.

Florida travels Saturday to Missouri to face-off the Tigers.

This is a developing story. Check back for updates.