A Season to Remember | What's your favorite moment from the Vols baseball season?

For the first time since 2005, the Vols made it to the Super Regionals and even flew to Omaha for the College World Series. 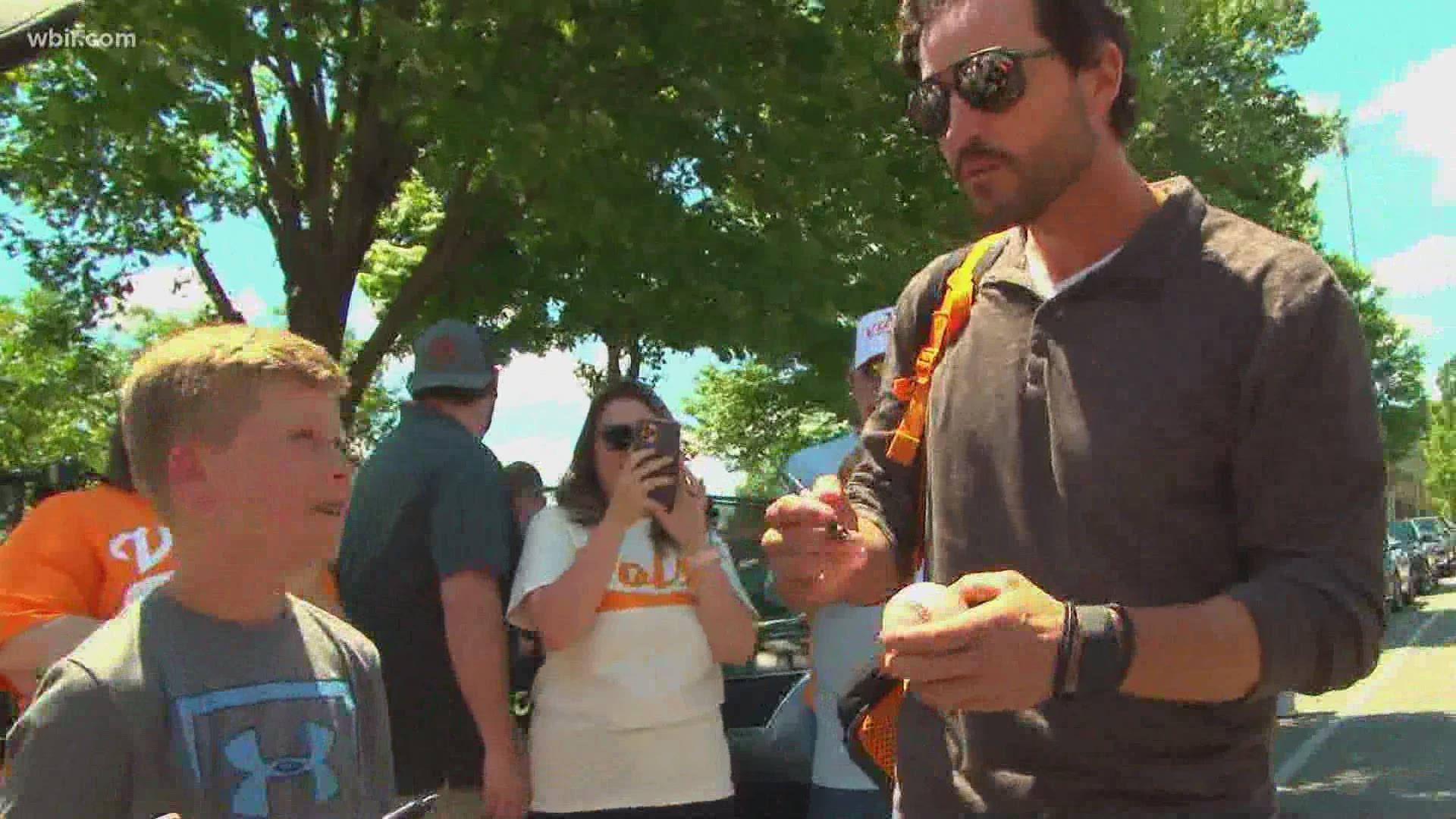 KNOXVILLE, Tenn. — With bases loaded at the bottom of the ninth and a historic baseball season on the line, many fans were worried that Tennessee baseball's incredible run could have come to an end at some points this year. But every step of the way to Omaha, the Vols persevered.

Vol fans may not have a world series to celebrate anymore as of Tuesday, but many are ending the season with bright memories and more reasons for them to show pride wearing Tennessee Orange.

The team held historic Super Regional games in Knoxville, hosting LSU and beating them two games in a row. The games came after a heart-pounding Regional when the Vols beat Wright State in a walk-off grand slam.

The games also brought a new opportunity for fans to cheer on the Vols — a watch party near Lindsey Nelson Stadium where fans could tailgate and cheer on the team from behind the stands.

And when the Super Regional games were said and done, the team took a trip to Omaha for the College World Series. It was the first time many fans saw the team get so near to closing a season on top, and so fans from across the U.S. joined them and traveled to Nebraska.

There, the games ended. Tennessee lost two games and was eliminated from the College World Series, but that did not stop Vol fans. At watch parties across Knoxville, many said that the defeats were just the start of something new.

The historic season reignited the Vol spirit, and Vol Nation came together to celebrate all the memories made on the way to Omaha.

So, what is your favorite memory from this season? Is it the grand slam that saved the game against Wright State, seeing fans flock across the U.S. to cheer on the team or the now-famous "daddy hat?"

Let us know! You can reach us on Facebook, or by emailing us at 10listens@wbir.com.