White has said his first priority will be to hire a new football coach to replace Jeremy Pruitt. 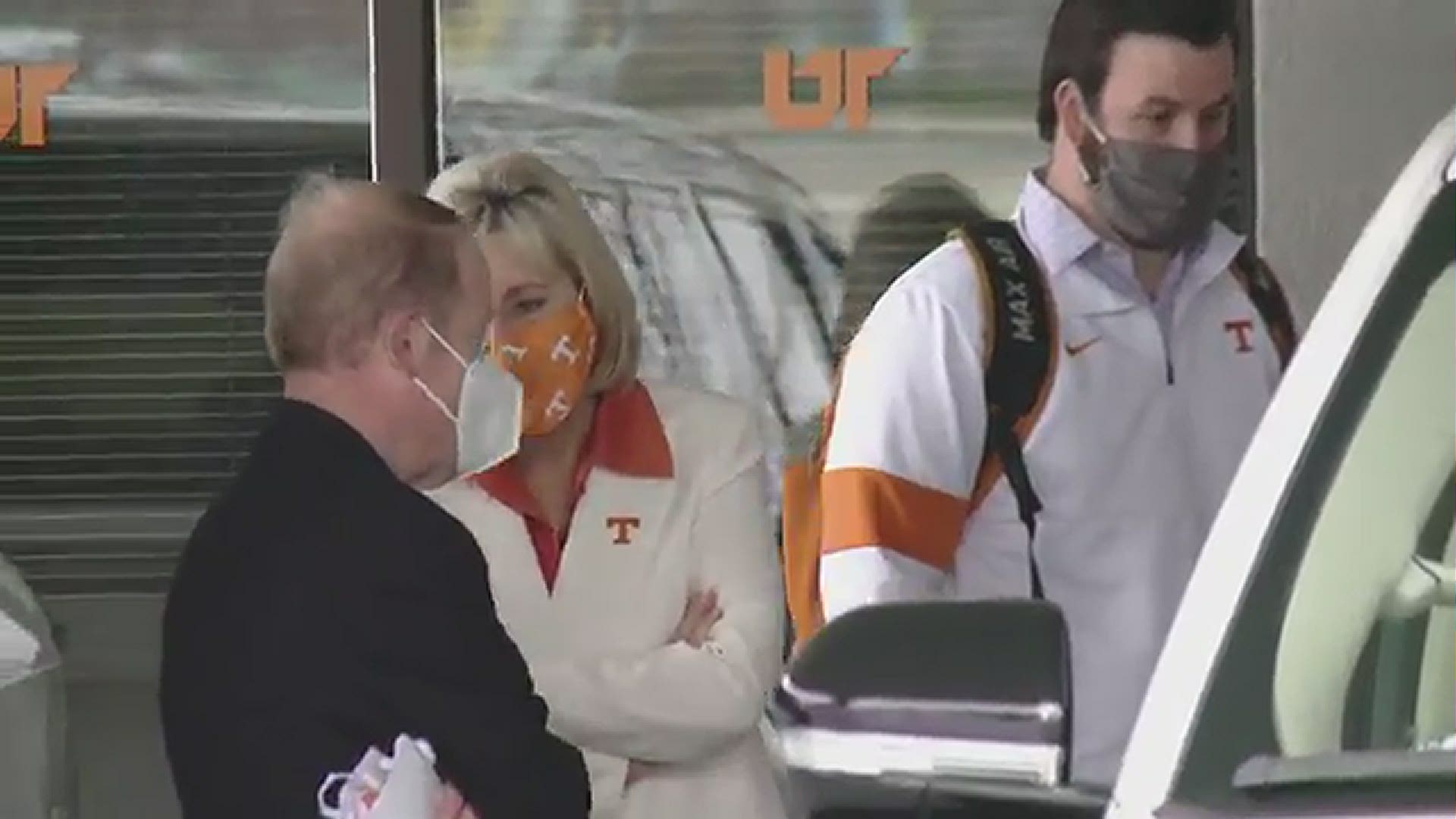 KNOXVILLE, Tenn — A new era has begun on Rocky Top.

Just three days after the firing of football coach Jeremy Pruit and others within the football program and the announced resignation of current AD Phillip Fulmer, the University of Tennessee formally introduced Dr. Danny White as its next Director of Athletics on Friday. The university announced the hire Thursday afternoon.

"I'm really excited to be here," White said. "So proud to step into this unbelievable opportunity.

White has been very successful as the vice president and director of athletics at the University of Central Florida since late 2015, a job he said he loved and never thought he would leave. 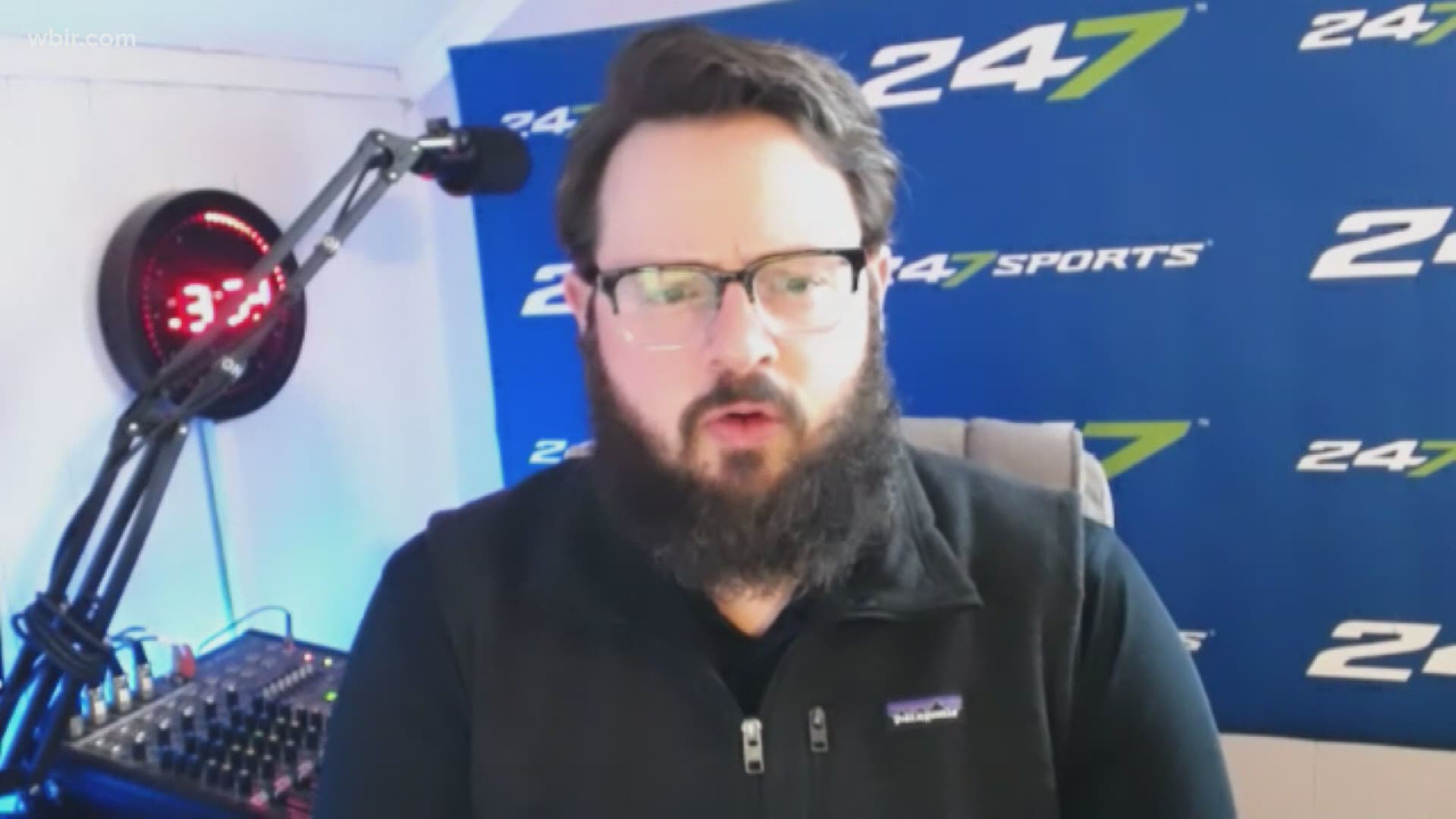 "His experience, energy, positivity made it seem like a no brainer," she said.

In fact, a couple of VFLs also recommended White, even though they didn't know it.

Plowman said she called Peyton Manning to get his advice, along with many others. Manning in turn called former UT Offensive Coordinator David Cutcliffe, who is now the head coach at Duke, and asked what he should tell Plowman.

"He said tell her to pick someone exactly like our athletic director," Plowman recalled Peyton giving her Cutcliffe's advice.

"We did our best. Hired his son," she joked.

Another element in White's favor? Plowman said when the search firm called White to see if he was interested, he said "I could win a national championship there."

More than a job

White said that college athletics isn't a job, it's a lifestyle, one he's grown up with and loves.

He'll bring that love to UT but he knows there's a big challenge ahead. That's part of what attracted him to the job. Plowman called him a builder, and White said that's what he wants to do.

He wants to help UT rebuild its tarnished brand, to once again be among the elite athletic programs in the country and competing regularly for championships in all sports.

"I've never worked at a big brand place until now," he said. "I like that it needs to be polished and elevated back to its proper place."

In fact, he said he wouldn't have taken the job if that wasn't the case. He wants to be part of bringing the Volunteers back.

For White, that starts with the student-athletes.

"Every decision we make will start and stop in their best interest," he said.

To do that, you must surround the student-athletes with the best people, with integrity and the right moral compass. A good coach doesn't just have to think about success on the field. 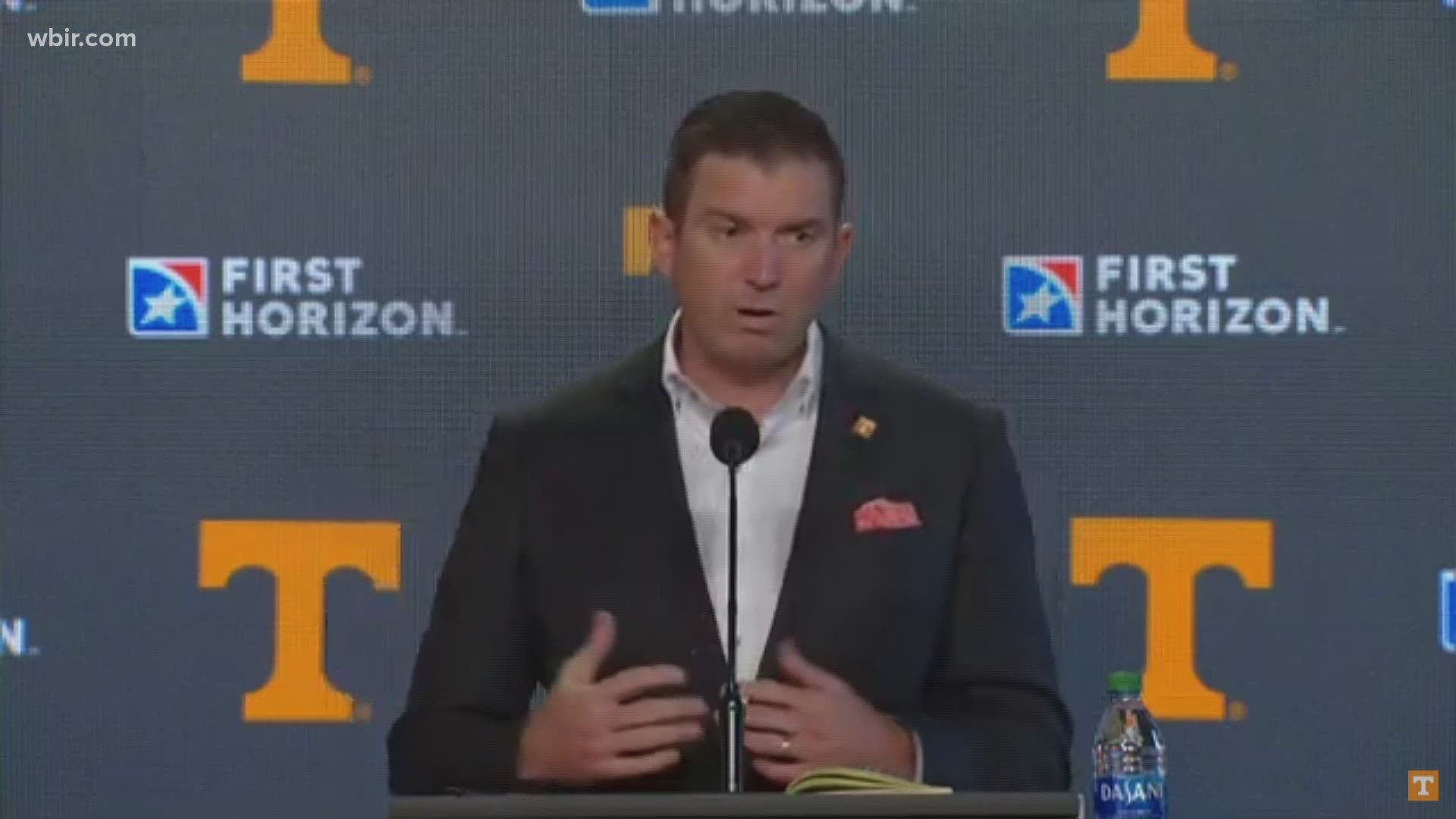 "Integrity is an enormous part of who I am. I want a head coach I can trust unequivocally," he said. "It goes beyond staying in the rules and regulations. They need to have the right moral compass, be a role model for our athletes. So their parents and all of us will be proud."

White believes people make all the difference. He said great facilities, like we have at UT, are game-changers when it comes to recruiting, but it's all for naught if you don't have the right people supporting and mentoring those athletes.

Building a championship culture is important. For him, that means that every student-athlete knows that they are part of something special. That's it's not just about them or their team, it's about all the other teams and supporting the other student-athletes in their competitions.

It's not just about winning, though that's important. But it's also about being successful off the field and in the future.

Obviously, his first big challenge will be hiring a new football coach and dealing with a football program that's struggled for more than a decade. He said he will meet with the players later today, and ask them to vote on team leaders to help guide him in his search. He wants the players to tell them what they need to be successful. Then, he'll reach out to his contacts in the field, do his research, and find the right person for the job.

He said he didn't have a list of potential candidates in mind, and that for now, everyone was a candidate. He intended to meet with interim coach Kevin Steele and other current members of the staff later in the day.

He doesn't have a timeline but said he intends to move quickly. He's seen that's possible since the job opening was announced at UT on Monday and by Wednesday night, Chancellor Plowman was in his living room, along with UT President Randy Boyd and Board of Trustees Chair John Compton.

"They were pretty aggressive. I liked that. I think I am. We need to be aggressive here to get where we need to be," he said.

White called the last few days a whirlwind but said he was so impressed with how focused UT's leadership was on working together, and their obvious love and passion for the university.

That, and the obvious challenge that awaits, inspired him to take the job.

An NCAA investigation still looms over the University of Tennessee. While no details have been released, Coach Pruitt and two assistants were fired for cause on Monday, and paperwork indicated there were recruiting violations involved. The NCAA will likely sanction the university for Level 1 and 2 violations when it's said and done, and those penalties could be harsh.

White said he wasn't deterred by that.

"I never considered it would be crippling. With this much history, we won't be crippled," he said. "It just a matter of how long it will take to climb out of it. I view this as building long-term."

Everyone plays a part. Even the fans

He said this job would be an all hands on deck experience, from the student-athletes to the staff to donors to the fans. Everyone is a part of it and we all need to do our part.

He particularly wants the fans to support the student-athletes, and remember these are young men and women.

"If you are upset, text your buddy. Don't put it on social media," he said.

He asked the fans for trust and promised he'd "work his tail off" to do it the right way.

"I hate to lose, I imagine our fans hate to lose maybe as much as I do. I want the same thing they want," he said.

If they don't do it the right way, he said, it won't last.

"We want it like it was in the past," he said. "I wouldn't have signed on if I didn't think I could deliver."

Big pay for a big job

Danny White will be one of the highest-paid athletic directors in the country.

According to his Memorandum of Understanding with UT, White will be offered a five-year contract with a starting base salary of $1.8 million dollars a year. He's guaranteed a 5% annual raise after that.

There are other perks as well, including the use of two vehicles or a $1,700 monthly allowance, a temporary housing allowance through the end of June 30 of up to $5,000 a month, a Neyland Stadium skybox for football games and up six tickets to all UT sporting events.

UT will also pay White's $2.5 million dollar buyout of his contract at UCF.