Drug charges against former Vol to be dismissed

Minor drug charges against a former Tennessee basketball player will be dismissed, as long he keeps a clean record for the next six months. 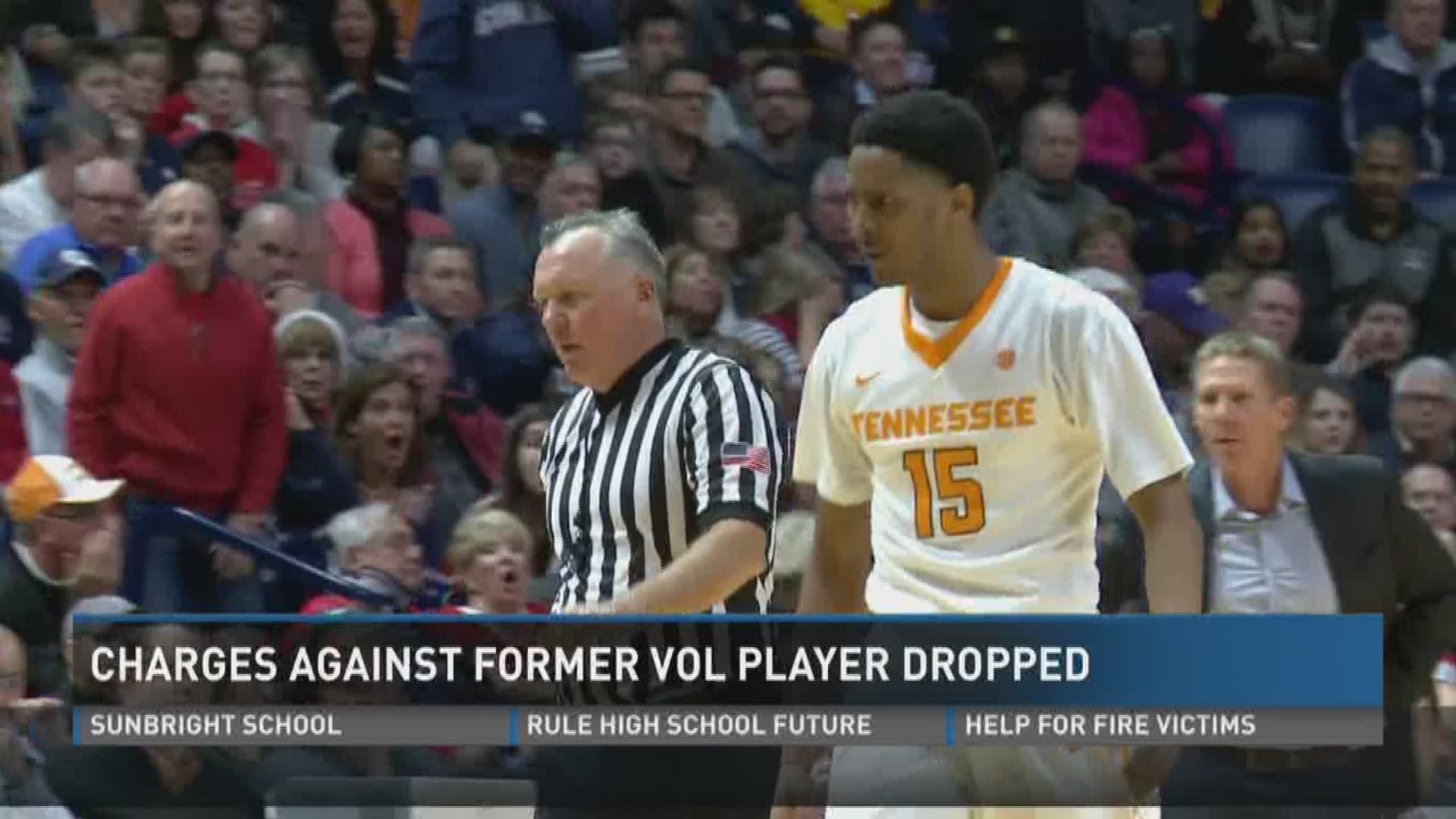 Minor drug charges against a former Tennessee basketball player will be dismissed, as long he keeps a clean record for the next six months.

Detrick Mostella, 23, a junior guard who was one of them team's leading scorers, was dismissed from the team in the wake of the charges.

Mostella was charged with possession of unlawful drug paraphernalia uses and activities, a misdemeanor.

According to the court's office, the judge agreed to dismiss the charges with payment of court costs, as long as he stays out of trouble.

Vols junior guard Detrick Mostella has been dismissed from the basketball team for a violation of team rules, a Tennessee athletic department official confirmed to WBIR.

Mostella, 23, faces a misdemeanor charge of possession of unlawful drug paraphernalia uses and activities, according to court records. According to an incident report from the University of Tennessee Police Department, Mostella was cited on December 14 after officers were called to a room in Volunteer Hall after someone reported the smell of marijuana and loud music.

According to an incident report on August 30, a resident assistant (RA) discovered drugs "in plain site" in one of the rooms. The officer noted a "pile of brown leafy substance that smelled like tobacco" on the coffee table in the common area. Among the tobacco were "some dried green stems that are consistent with marijuana stems." The officer identified Mostella as one of the residents of that room, but no charges or citations were filed.

In September, another incident brought police officers to Mostella's dorm room. A former RA told the hall director that she had seen Mostella with a gun in his room back in June. Officers asked Mostella if they could search his room for a weapon. He agreed, and no firearms were found.

The Decatur, Ala., native is scheduled for a Jan. 15 court appearance on the misdemeanor charges.

Mostella was the Vols second-leading scorer, averaging 10.5 points and 21.5 minutes per game. He was named the SEC player of the week in late December after scoring 25 points off the bench in a win at ETSU.

The Alabama native scored nine points on three three-pointers in Tennessee's last game, a loss at Florida on Saturday.