The Vols lost to Texas 4-8 on Tuesday, eliminating them from the College World Series. 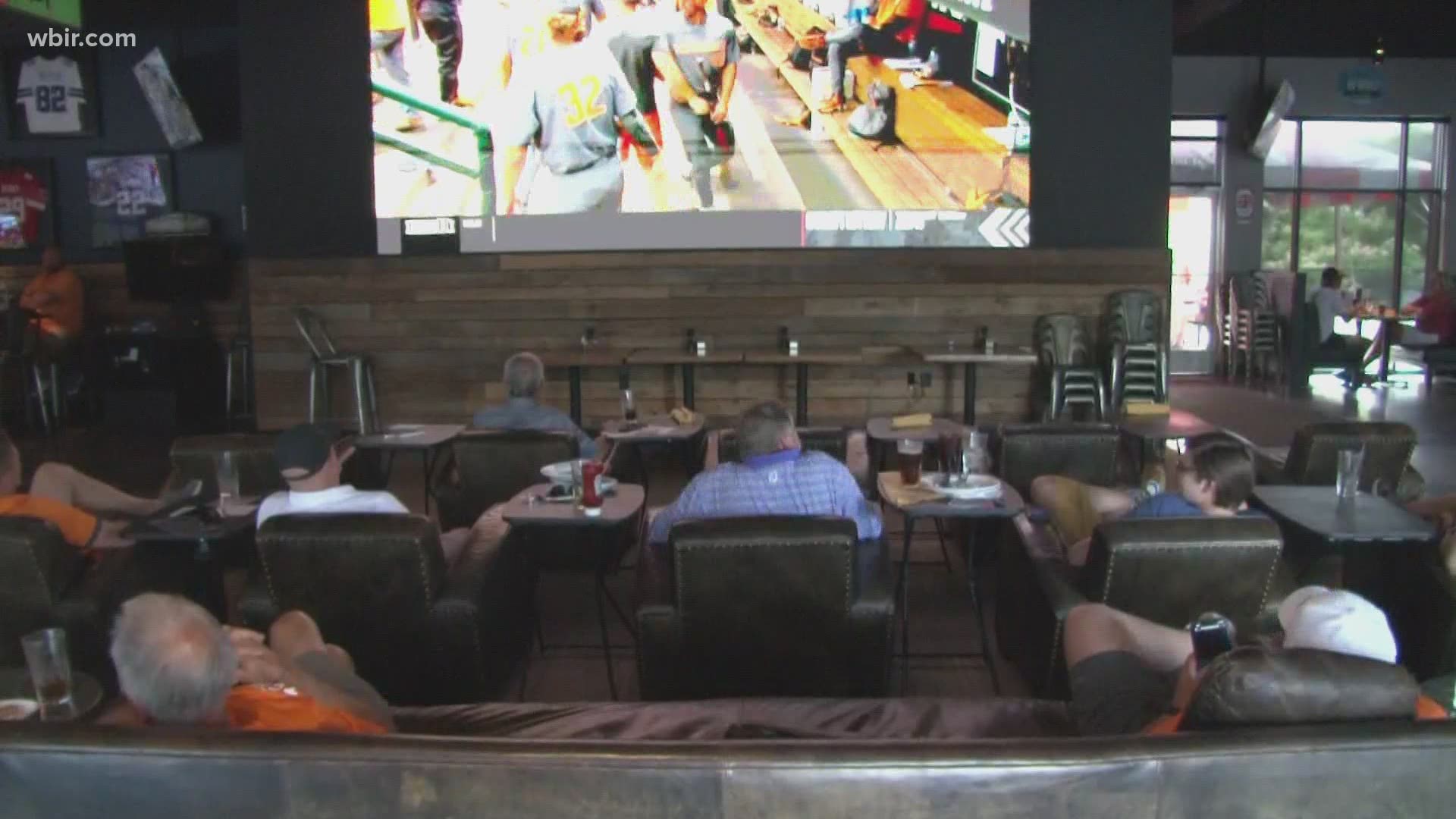 KNOXVILLE, Tenn. — Students, alumni and Tennessee fans from across Knoxville and Vol Nation stood behind one team this season — The Vols.

On Tuesday, the Vols may have been eliminated from the College World Series. Although they may not return with a trophy, many fans said they have been awarded good memories and hopes for future seasons.

“It’s just been a really fun 2, 3, 4 months just to see everyone stand behind this baseball program,” said Charlie Collier, a University of Tennessee student.

To show their support for the Vols as played against Texas, fans organized a watch party at Fieldhouse Social, next to UT campus. At the party, spirits stayed high no matter the score.

"Vitello has established a great culture and they were destined to be successful this year,” said Collier.

Although the team may have had to travel across the U.S. to Omaha, Knoxville's bars stayed vibrant and orange, cheering for the team. Even as the score turned against them and the game began to end with the Vols trailing 4-8, fans still said it was great to be a Tennessee Vol.

And many said even though the historic run to the College World Series may be over, Tuesday marked the beginning of something even better.

“Just the way athletics have been recently; it just feels like baseball has been a new spark for the entire athletics department,” said Collier.