Fans at Mercedes-Benz of Knoxville and Wild Wing Cafe took an early day at work to watch the game. 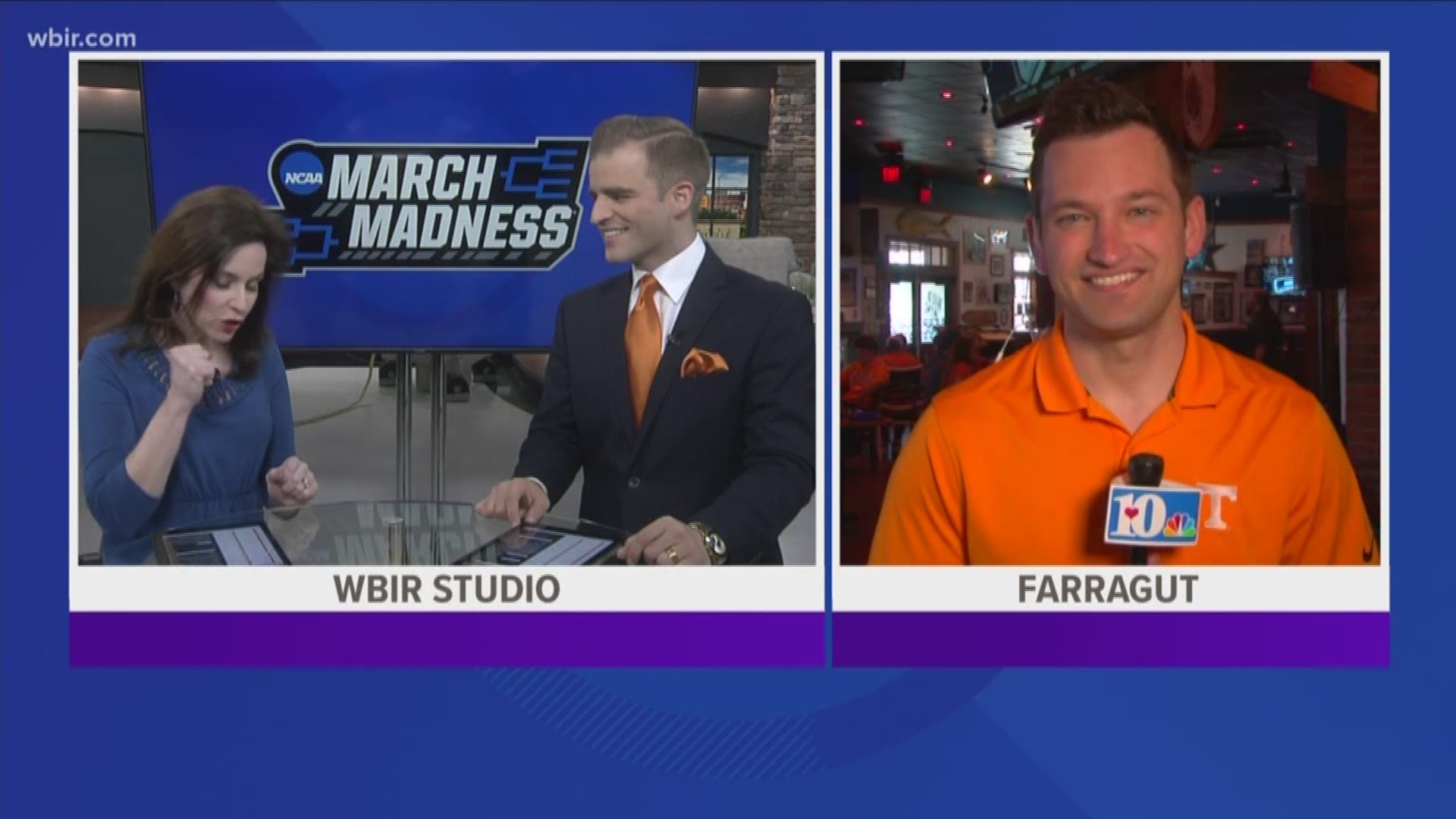 KNOXVILLE, Tennessee — The Vols squeaked by Colgate Friday in a big win, and fans from across Knoxville took it all in.

That included those at Wild Wing Cafe, where it was a packed house to watch the first round of the NCAA tournament.

For Vols fans, the taste of victory was sweet.

The Vols rinsed Colgate out with a hard fought win, and though it was close at times, fans didn't lose hope.

Matt Barney got to Wild Wing Cafe in Farragut early and stayed late.

Every bucket and every great defensive play brought the whole bar off its feet -- because wings always taste better with a Vols win on top.

“It’s in Knoxville, the local team’s on TV, so..." fan Tony Iasiello said.

Fans took the time to rally behind the team, even if it came at the expense of a little workplace productivity.

“No, nobody is working right now except us... the people at Wild Wing," Craig said.

“I could be [working], but I’m not making customer calls," Iasiello said. “Team unity, the way they play, good defense, they’ve got offense when they need it.”

“Oh, I’ve got them winning it all," Iasiello said.

The Vols will take on Iowa Sunday.