Johnson, a first-team All-America, played for the Vols in the mid 1950s. The Sparta man also was a longtime member of the University of Tennessee's athletics board. 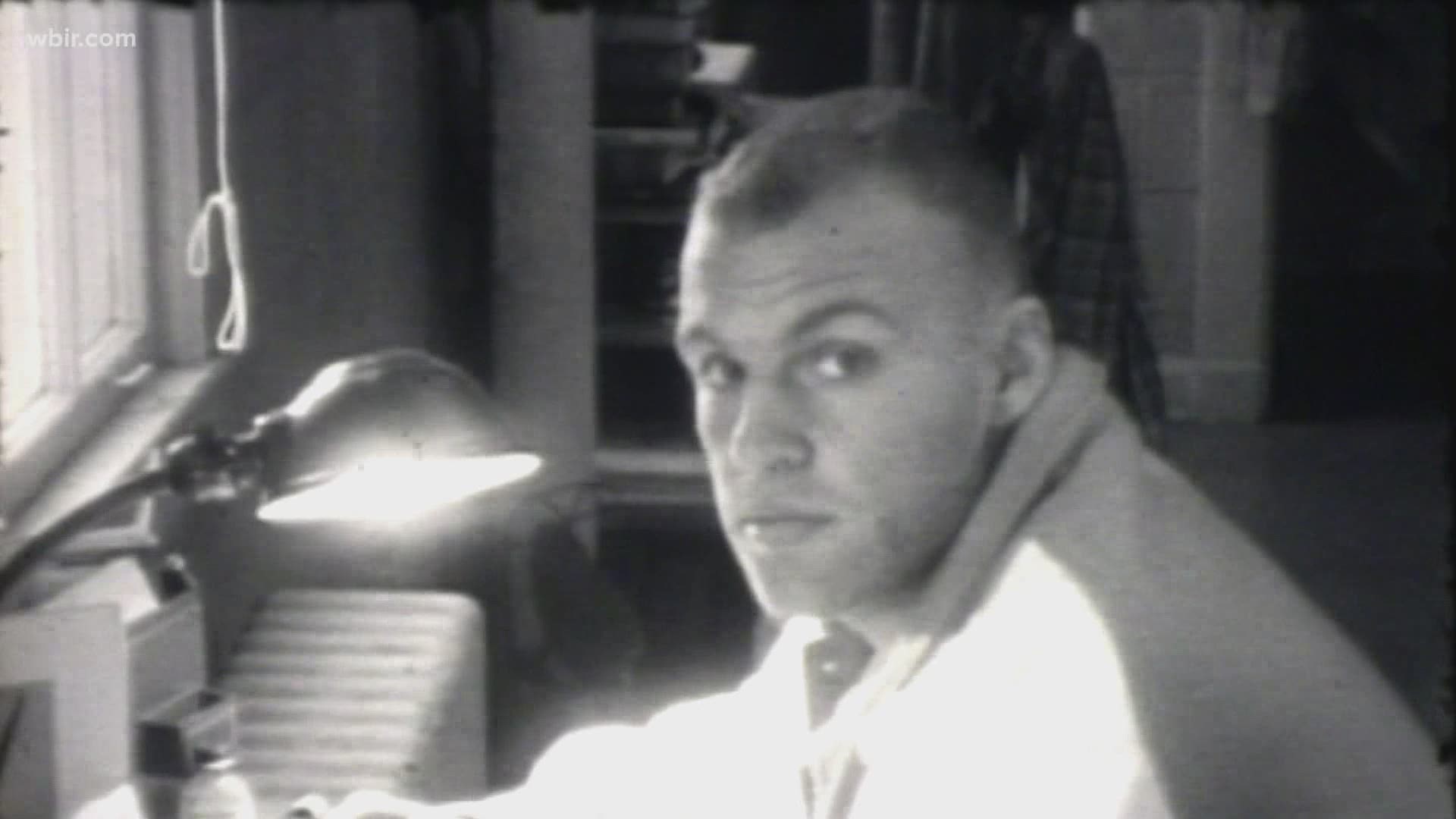 Johnson, a former first-team All-America, played for the Vols in the mid 1950s. The Sparta, Tenn., native also was a longtime member of the University of Tennessee's athletics board.

According to UT, Johnson, wearing No. 66, helped usher in the Bowden Wyatt coaching era with three consecutive winning seasons and an SEC Championship. He started at guard for Wyatt in 1956 and 1957.

During his junior year in 1956, Tennessee finished 10-0 in the regular season and ended up ranked No. 2 nationally at the end of the year.

Johnson earned All-America and Academic All-America honors in his senior year, the first such UT player to receive that accolade and one of only three in UT history, according to utsports.com.

Tennessee went on that year to an 8-3 season and beat Texas A&M in the Gator Bowl.

Johnson got a bachelor of science degree in business administration/finance from UT.

An Army veteran, Johnson worked in banking and farming in Sparta.

Home of the Vols: Neyland Stadium

Survivors, according to his obituary notice, including his wife, Rena, who he met at UT, and daughters Cynthea Amason, Cathryn Rolfe and Carolyn Bronson.

"Anyone who knew Bill knew that, other than his faith, his first priority and greatest delight was his family. His children and grandchildren were truly his greatest joy and source of pride," his obituary states.

Visitation will be 4-7 p.m. Thursday, Sept. 17, at Bilbrey Farms in Sparta. There will be a celebration of life service 2 p.m. Friday, Sept. 18 at Duck Pond Manor in Sparta.