The official version of the shirt is no longer being produced, but its anti-bullying message still holds true. 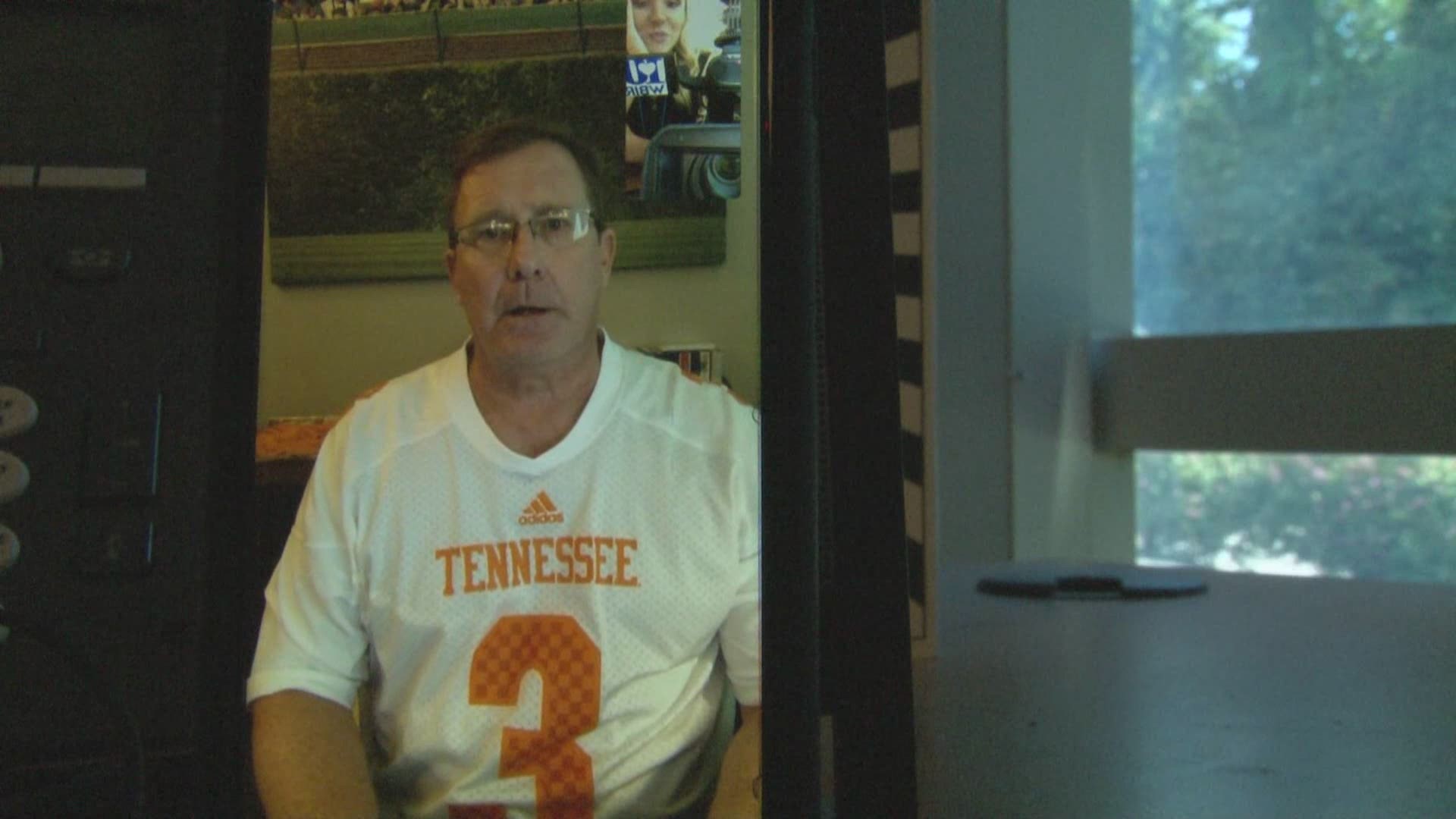 KNOXVILLE, Tenn. — You may remember this Florida fourth grader's sweet t-shirt design that went from a last-minute plan to show some Volunteer spirit at school into an anti-bullying icon almost overnight.

The young University of Tennessee fan was initially bullied for his design, a hand-written UT pinned to an orange shirt. Vol Nation immediately jumped in to support the boy.

UT's VolShop partnered with Threds to make shirts based on the boy's design, and the overwhelming demand crashed its site for a short time.

The boy and his family requested that proceeds from the shirt be donated to STOMP Out Bullying, an organization dedicated to the prevention of bullying.

The official version of the shirt is no longer being produced.

“There are no words to express how grateful we are to the University of Tennessee for choosing STOMP Out Bullying as the nonprofit organization they wanted to partner with on the Volunteers T-shirt,” said Ross Ellis, CEO of STOMP Out Bullying. “We have always been an organization dedicated to spreading kindness and preventing bullying and cyber-bullying, and this extremely generous donation helps us to continue to make bullying history.”

The university offered honorary admission for him to join the Class of 2032. He was awarded a four-year scholarship covering his tuition and fees beginning in fall 2028 if he decides to attend UT and meets admission requirements. The university will cover the cost of the scholarship separately from the funds raised through t-shirt sales.

The boy’s mother expressed her gratitude to the university and said the family has been deeply touched by the overwhelming outpouring from people around the world.

RELATED: 'It’s a story about being human' | Vol fan bullied for homemade shirt makes huge impact on Tennessee and Florida rivalry during matchup in Gainesville

“This young man created his T-shirt because he is so proud to be a Vol,” Chancellor Donde Plowman said. “We’re proud of him, his family, and the thousands of people who showed that being a Volunteer is special—we lead, act, and serve others. The response to this message of kindness will serve a great cause for years to come.”

RELATED: Anderson County students participate in "Orange Out" to stand up against bullying

RELATED: Smokey, Pride of the Southland Band wears shirt made by Tennessee fan from Florida