Go, Vols! | Fans flock to Omaha to cheer on the Vols in College World Series

As WBIR crews left Knoxville, they were joined by many other Vols fans on the plane and in the airport. 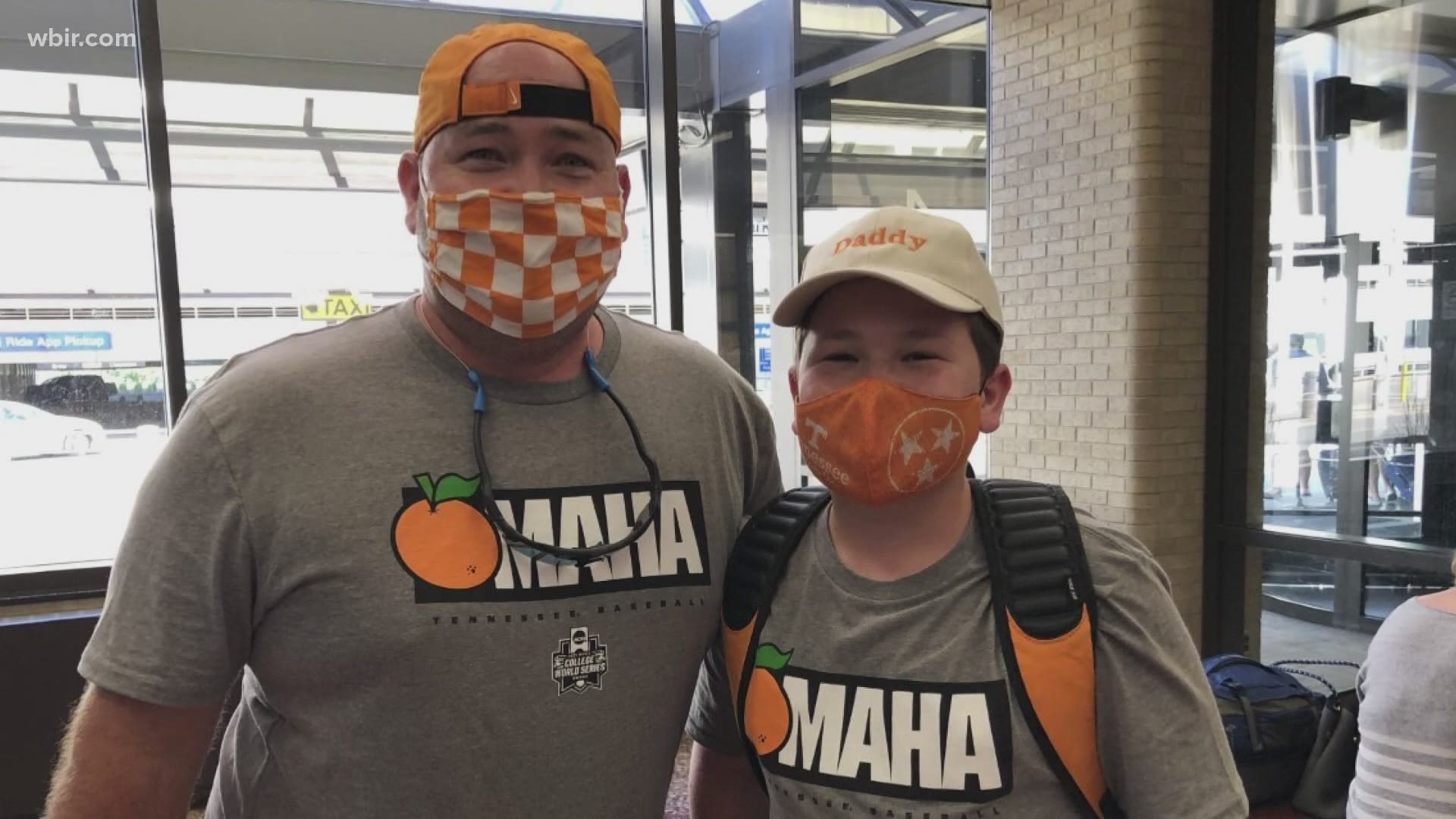 OMAHA, Neb. — Vol Nation is not small, and its people are not shy about showing their true colors — Tennessee Orange!

Crews with WBIR set off to follow the baseball team to Omaha on Saturday. Wherever they went, orange was nearby as fans from Knoxville, Raleigh and cities across the U.S. flocked to Nebraska for the College World Series.

Some fans said they were eager to watch the Vols compete and wanted to see them win in person. Others said they hadn't seen Tennessee be so successful in years and wanted to enjoy it as much as possible. And some fans simply wanted to spend time with family on a trip alongside other fans.

"We're so happy to be here in Omaha and support the Vols," said Michael Wooten who traveled from Knoxville. "I'm here with my son, it's his graduation present. We're huge Vol fans. He's never, since he was born, seen Tennessee be this successful."

Fans and reporters alike boarded planes leaving Rocky Top. And when our reporters touched down in Chicago for a connecting flight, they found out that the Windy City was glowing with a special shade of orange too.

"My son's number 41 on the Vols, Will Mabrey," said April Mabrey, sporting Vols gear far from Tennessee. "I can't wait to get to Omaha, I'm flying from Nashville."

No matter where fans go, they are never far from another passionate member of the Big Orange Nation eager to cheer on their favorite team. And as Vols play in the College World Series, fans are bringing a simple message from Rocky Top to Omaha — Go Vols!