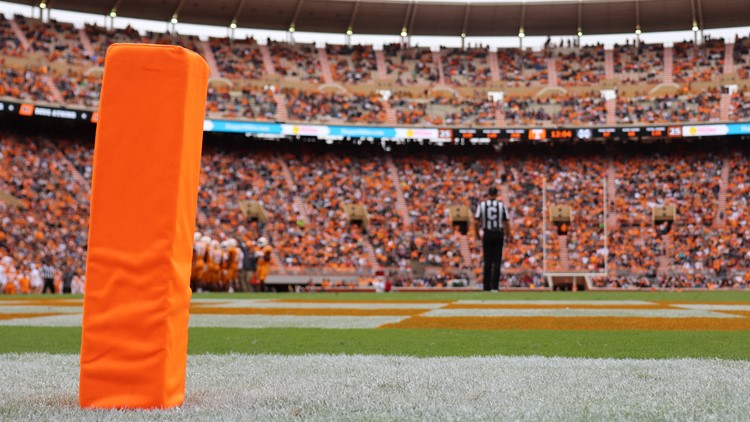 Photo by: Louis Fernandez
Tennessee picks up its first SEC win of the season against Mississippi State, 20-10 in Neyland Stadium.

Johnson appeared in all 12 games this season as a redshirt junior after starting every game (11 at center, one at right guard) on Tennessee's offensive line in 2018. The former four-star prospect started the final four games of his redshirt freshman season in 2017. This season, he started the season opener against Georgia State at left guard and in the second game against BYU at right guard, but has been used as a reserve and on special teams since.