It's been 16 years since Tennessee Baseball competed for a national championship at the College World Series. Here's how the brackets work. 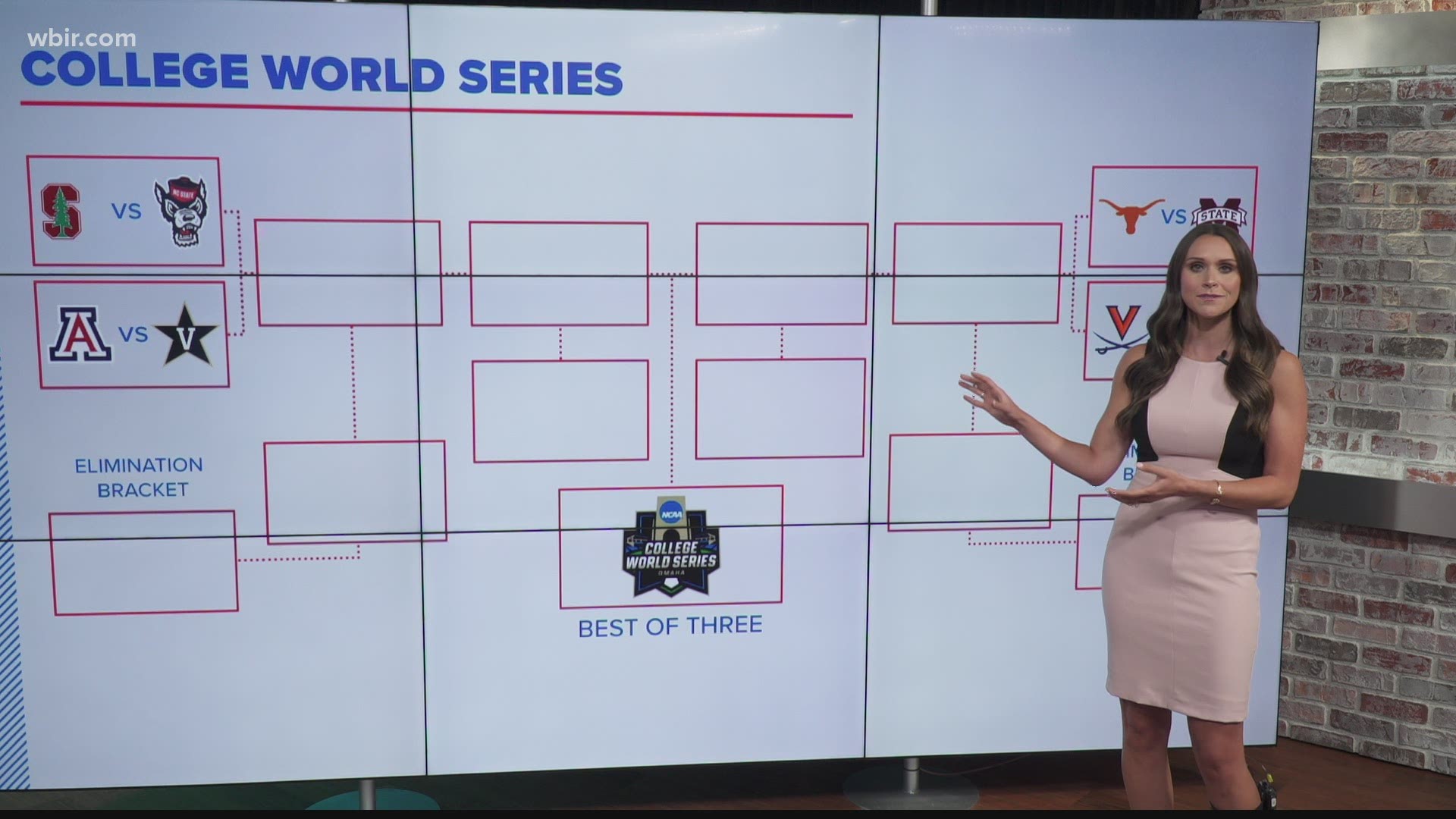 OMAHA, Neb. — It's not every year your team makes it to the College World Series; in fact, it's been 16 years since Tennessee Baseball competed for a national championship in Omaha.

The Vols are having their most historically accomplished season since 2005, and with that, comes excited new fans that may not have followed the game closely in the past.

So, if you're wondering, here's a breakdown of how the College World Series eventually crowns a national champion.

There are eight teams competing in the College World Series. Each of those teams had to win their NCAA Regional and Super Regional, just like the Vols.

In bracket one, you will find Vanderbilt, Arizona, Stanford and NC State

Bracket two is made up of Tennessee, Virginia, Texas and Mississippi State.

Starting on Saturday, June 19th, the teams in those brackets will start playing each other.

UT will play its first game against Virginia in the opening round on Sunday, June 20th at 3:00 p.m. You can watch it on ESPN2.

It is a double-elimination bracket, meaning a team has to lose twice to be sent home. The four teams in each bracket will play until only one team is left standing.

The winners of each bracket will meet in a final, best-of three game series that is scheduled for June 28th - 30th.

The Vols spoke ahead of the opening game, after arriving in Omaha. You can watch the press conference here: