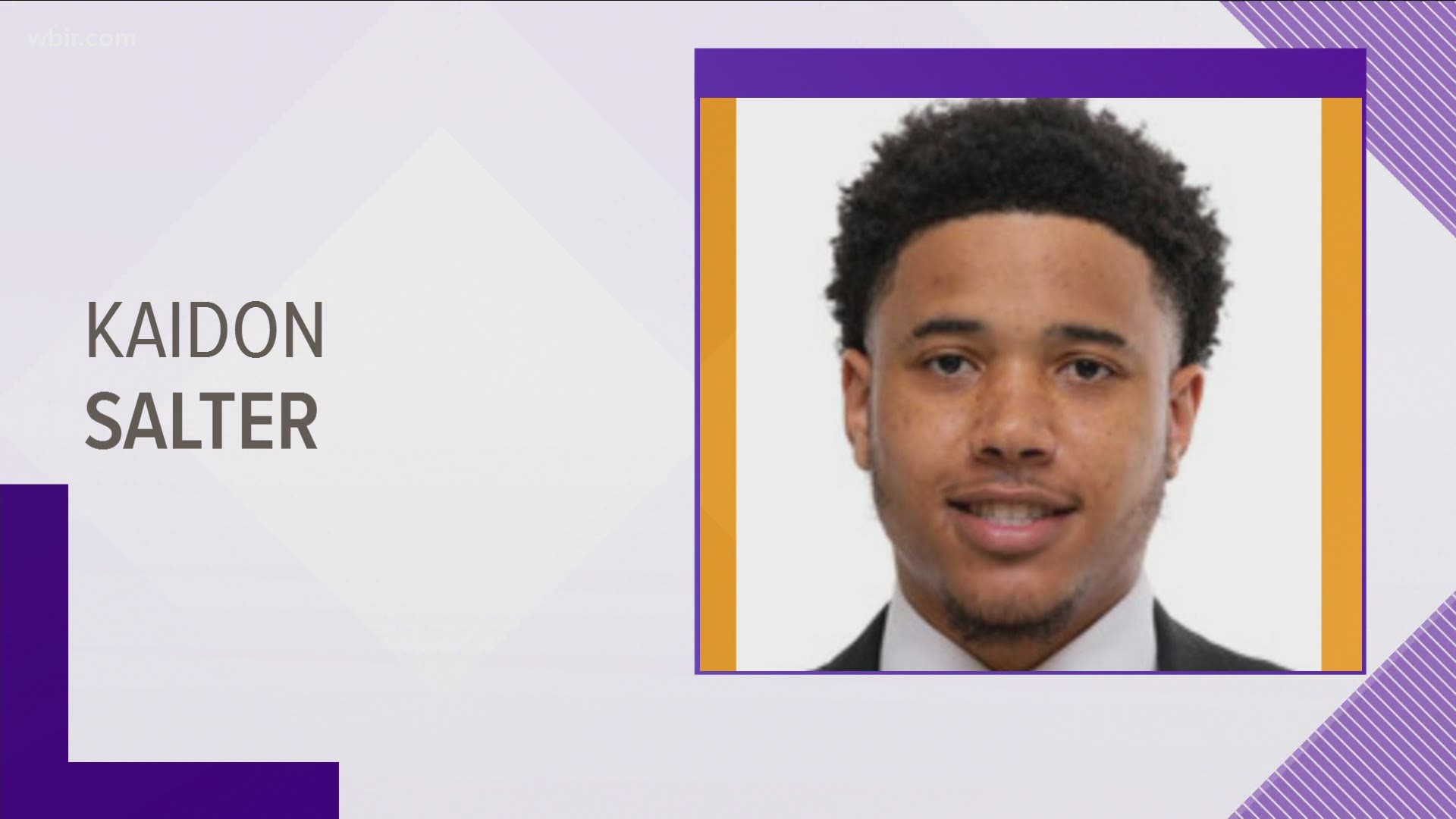 KNOXVILLE, Tenn. — Highly-touted freshman quarterback Kaidon Salter has been dismissed from the Tennessee football after two run-ins with law enforcement.

"Kaidon Salter has been dismissed from our football program. We wish Kaidon and his family all the best in his future endeavors," said Tennessee Athletics in a statement.

10News reported Monday that Salter and fellow freshman player Amari McNeill faced misdemeanor charges that include simple possession after being stopped in a vehicle early Saturday on the Cumberland Avenue Strip, according to records from the University of Tennessee Police Department.

The report states: "Mr. Salter was stopped for a violation of light law (no tail lights) and a tinted plate cover over the vehicle`s registration. Mr. Salter subsequently admitted (post Miranda) to having marijuana (approx 4 grams) and telling the passenger to throw it out when officers stopped the vehicle."

According to UTPD's police log, other minor charges lodged against Salter Saturday included driving without a license, display of registration plates, violation of the light law and confiscation.

This is the second time he's faced police scrutiny in three months. He was suspended in March -- and reinstated by Coach Josh Heupel early this month -- after being among four players accused in an incident at Stokely Hall on campus.

Officials said he was part of a group of players that entered a room in the Stokely residence hall and assaulted a male, though no one faced assault charges from the incident. Several players did face misdemeanor drug charges.

Salter is from the Dallas area. He was a four-star prospect and was ranked by 247Sports as the No. 47 overall player and No. 6 quarterback