Knoxville erupts with excitement and support for Vols Baseball team

Super fans are cheering on the baseball Vols, while people from all over are selling out shelves of the team's merchandise. 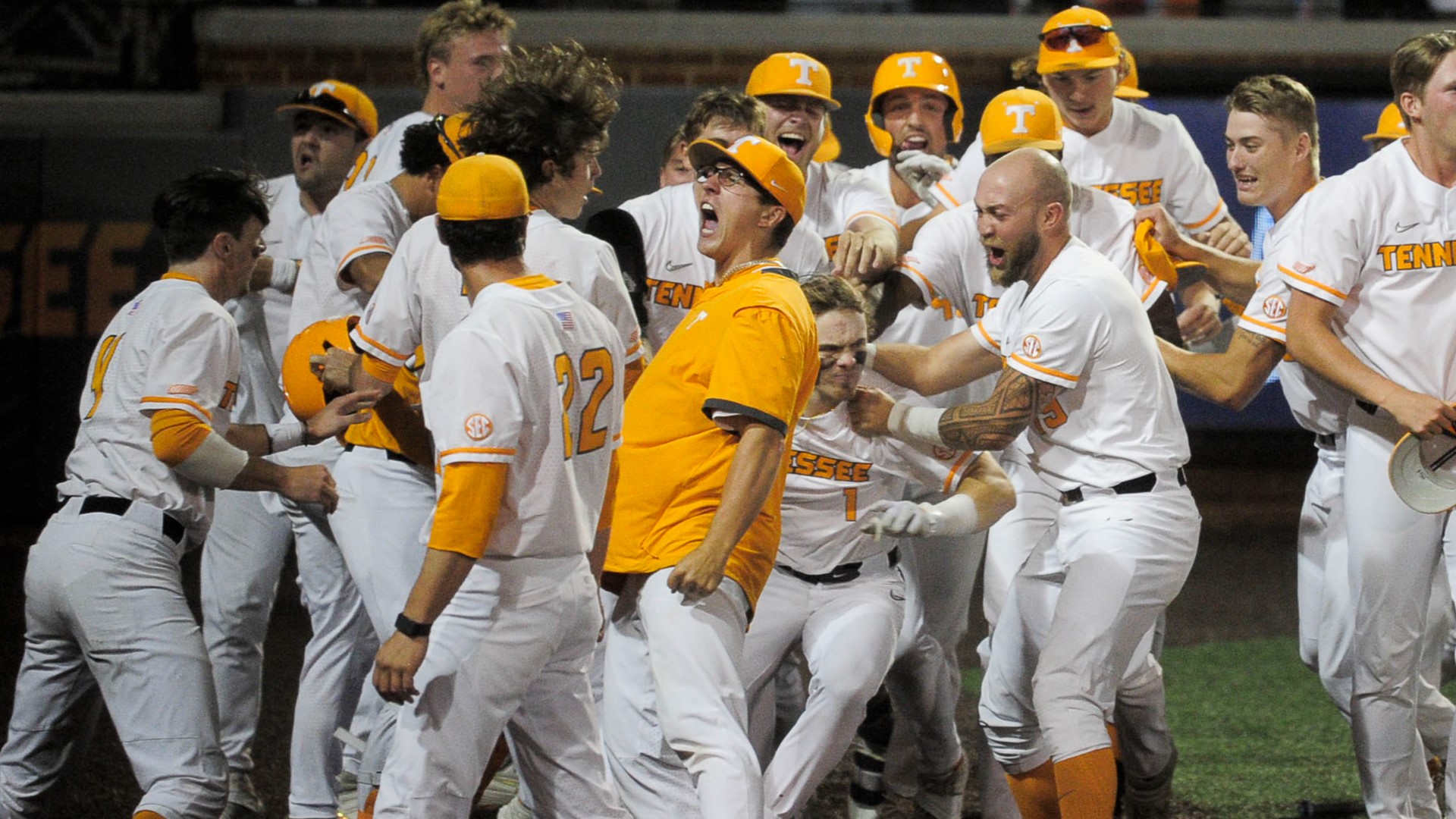 KNOXVILLE, Tenn. — There is no shortage of support for the Vols baseball team in Knoxville. The team's season is making history and fans are excited to watch it unfold.

Monday was the four year anniversary of when the university hired on head baseball coach Tony Vitello.

Over this past week, UT's campus has been filled with excitement and screams of victory. The team is making history on the field, in the stands and in stores.

Tom and Donna Chase are anything but fair-weather fans.

"We've been waiting since 2005 to have this kind of excitement and to share it with all the people in Knoxville," Tom Chase said.

The pair has sat in the stands, supporting Vol Baseball since 1993, after moving to Knoxville from New York. They went on a tour of campus, tried out some other sports, but when they found the baseball diamond, they were hooked.

"That was it," Donna Chase said. "We fell in love with Tennessee baseball and we have been doing it ever since."

They are just a couple of many fans who won't forget the game-winning grand slam. They were there of course.

"The people were just jumping and hugging and high fiving and it was just the 5,000 people just going absolutely crazy," Tom Chase said.

“I saw that pitcher for Wright State walking off, and it was like, you get that pang of 'poor kid,' and then you go, 'Oh, well, we won,” Donna Chase laughed.

The hype has caught on to the shelves. The Vol Shop is selling through pretty much everything with Vol Baseball printed on it, according to Marketing Director Tommi Grubbs.

Shirts are being restocked, and the iconic homerun trophy, the "daddy hat" is selling double. The white version is selling two to one what the orange one is.

Still, a lot of people buy both colors together.

"They want one of each so they can coordinate with their wardrobe," Grubbs said.

While history is being made on the baseball diamond. there's no shortage of excitement all throughout Knoxville.

"Knoxvillians crave the big orange spirit around here, and they are coming everywhere to support the team, but it's really wonderful to have that passion and excitement back on campus," Grubbs said.

As for Tom and Donna, look for them on the third base line. They never leave early and are there no matter the weather.

They buy three seats in the stands every year to support the program, but also to have a place to put their stuff and have a buffer between them and the other team's fans.

They will keep adding to their "baseball room" in their house and keep the stickers and magnets on their cars in support of their favorite college team.

"We've sang Rocky Top an awful lot this year and it's been a lot of fun, it really is," Donna Chase said.

Neither of the Chases went to UT Knoxville, but they can't imagine their life without the orange in their closets.

They are diehard fans who travel with the team. They say they hope the rest of Knoxville catches on to the jewel that the baseball team is.

They also want to see the team head to Omaha for the big game this year. They already have their tickets.

If you would like to get your own Vol Baseball gear, go to utvolshop.com.