Athletes will earn a spot on the U.S. Olympic Team roster at each of the eight finals sessions. 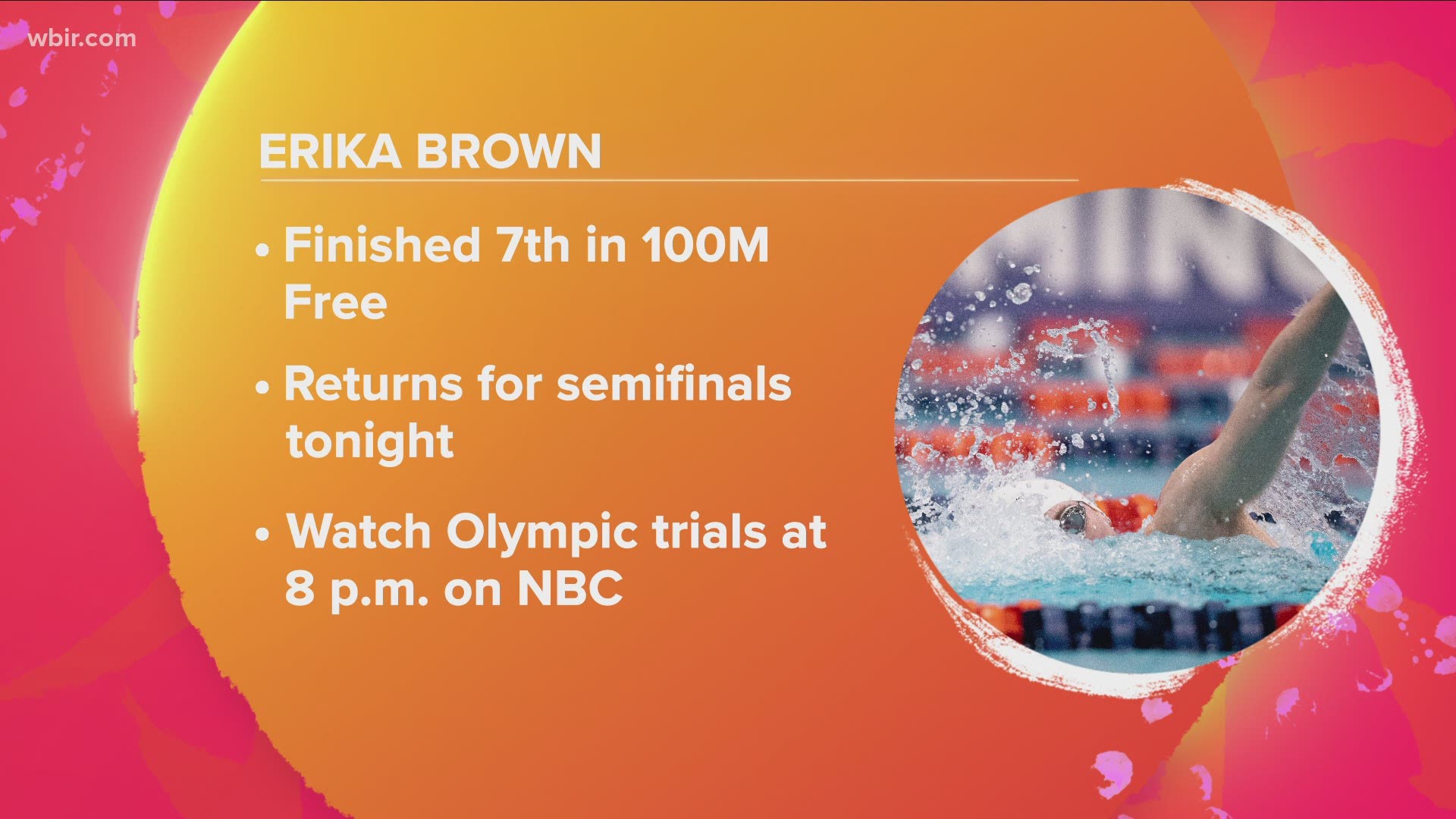 OMAHA, Neb. — There are still some vols trying to punch their ticket. On day five of the U.S. Olympic Swim Trails at the CHI Health Center in Omaha, Nebraska, LVFL Erika Brown advanced to the final of the 100m freestyle.

Brown placed fifth in the second semifinal of the 100 free, touching the wall in 54.15. She will be the eight-seed in Friday night's final. Brown is also the third Lady Vol to reach a final at the 2021 U.S. Olympic Swim Trials, joining Molly Hannis in the 100 breast and Meghan Small in the 200 IM, Tennessee Athletics said.

The Wave II eight-day trials competition serves as the sole qualifier for swimmers on the U.S. Olympic Team for the Olympic Games Tokyo 2020.

The top 16 times out of the preliminary heats will form the semifinals for all events at 200m or less, with the top eight semifinalists advancing to finals.

In events 400m or longer, the top eight swimmers out of the preliminary heats will head straight to the finals.

Athletes will earn a spot on the U.S. Olympic Team roster at each of the eight finals sessions.