Parker, who played for Pat Summit during her time at the University of Tennessee, chose theCal Johnson Recreation Center as one she wanted to improve. 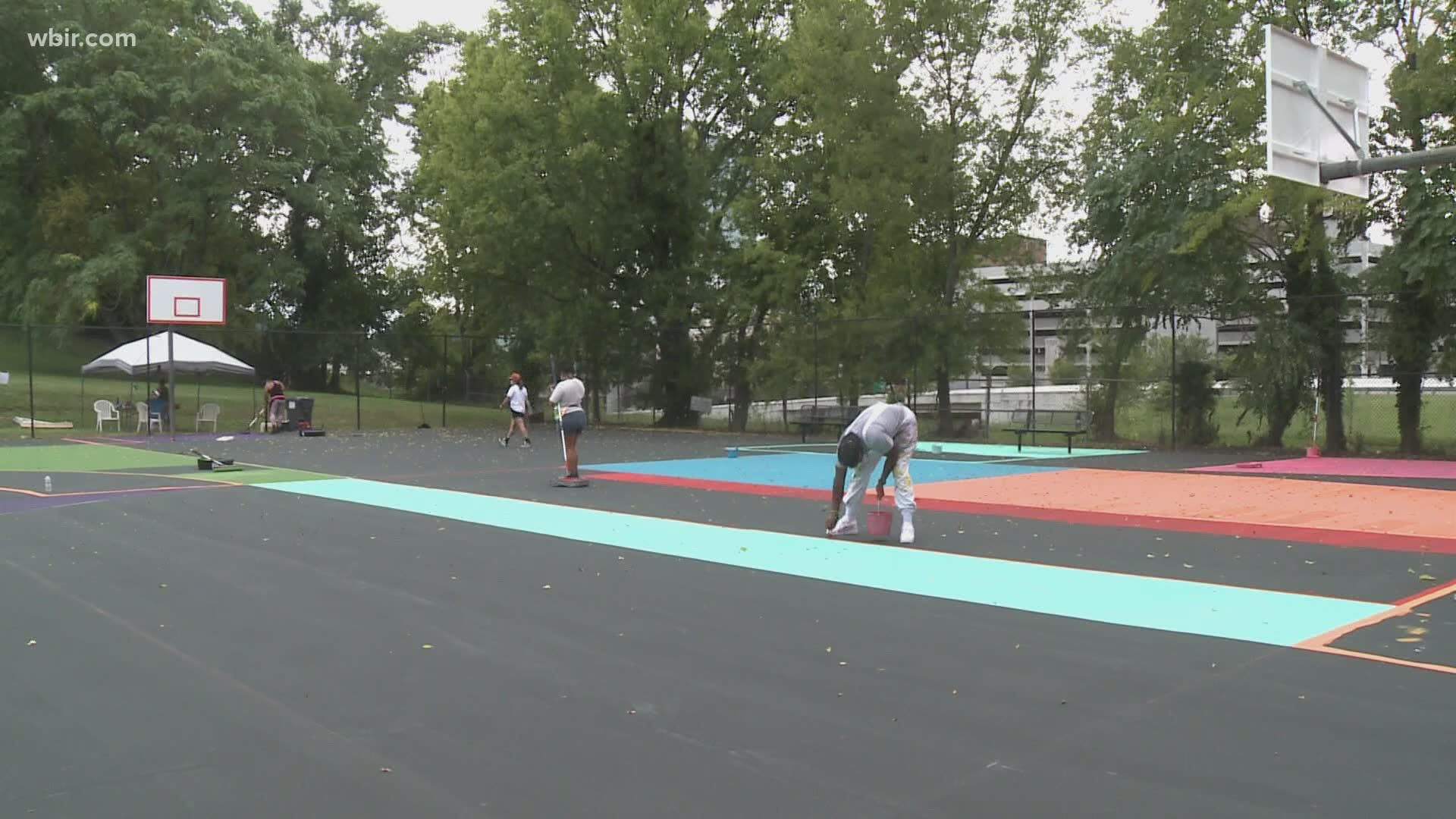 KNOXVILLE, Tenn — Over the weekend, volunteers and artists began to paint the outdoor basketball courts at the Cal Johnson Recreation Center downtown.

It's quite fitting that the event was staffed by community volunteers because one of the most famous Lady Volunteers of all time helped make it all possible.

Parker, who played for Pat Summit during her time at the University of Tennessee, chose the specific location as one she wanted to improve.

"We know that girls' sports sometimes is not in the highlights, and so Candace has made that highlight. So basically being that model to show these young ladies what can happen, what's possible, I think is a tremendous asset to us right now," said Sheryl Ely, Director of Parks and Recreation with the City of Knoxville.

When it came time to choose an artist for the mural, the Los Angeles Sparks' star didn't select just anyone. Parker chose Erin Miller Wray, an artist located in Los Angeles. Even when choosing an artist on the opposite side of the country, Parker kept the Knoxville connection alive.

"Candace really wanted to find a local female artist," said Miller Wray, who spent time in Knoxville and graduated with Parker at Tennessee.

Originally from Memphis, Miller Wray said she was honored to be chosen as the artist for the mural. The courts are now more than just a canvas on which to play a sport. Instead, they're an eye-catching piece of public art that will be enjoyed by friends and families from all across the Knoxville area.

In a brief moment of reflection given just before going back to paint, the Los Angeles artist offered one last thought.

"I hope that it inspires young people in this neighborhood to think big," said Miller Wray.

The courts are mostly completed as of the end of the weekend, but volunteers are still needed to help put the finishing touches on the court before it opens back up. For information about how to volunteer, organizers suggest calling (865) 215-1700. Weather permitting, they hope the courts will be completed by the end of the week.