There will be four home games at Regal Soccer Stadium including games against Vanderbilt, Missouri, Texas A&M and South Carolina 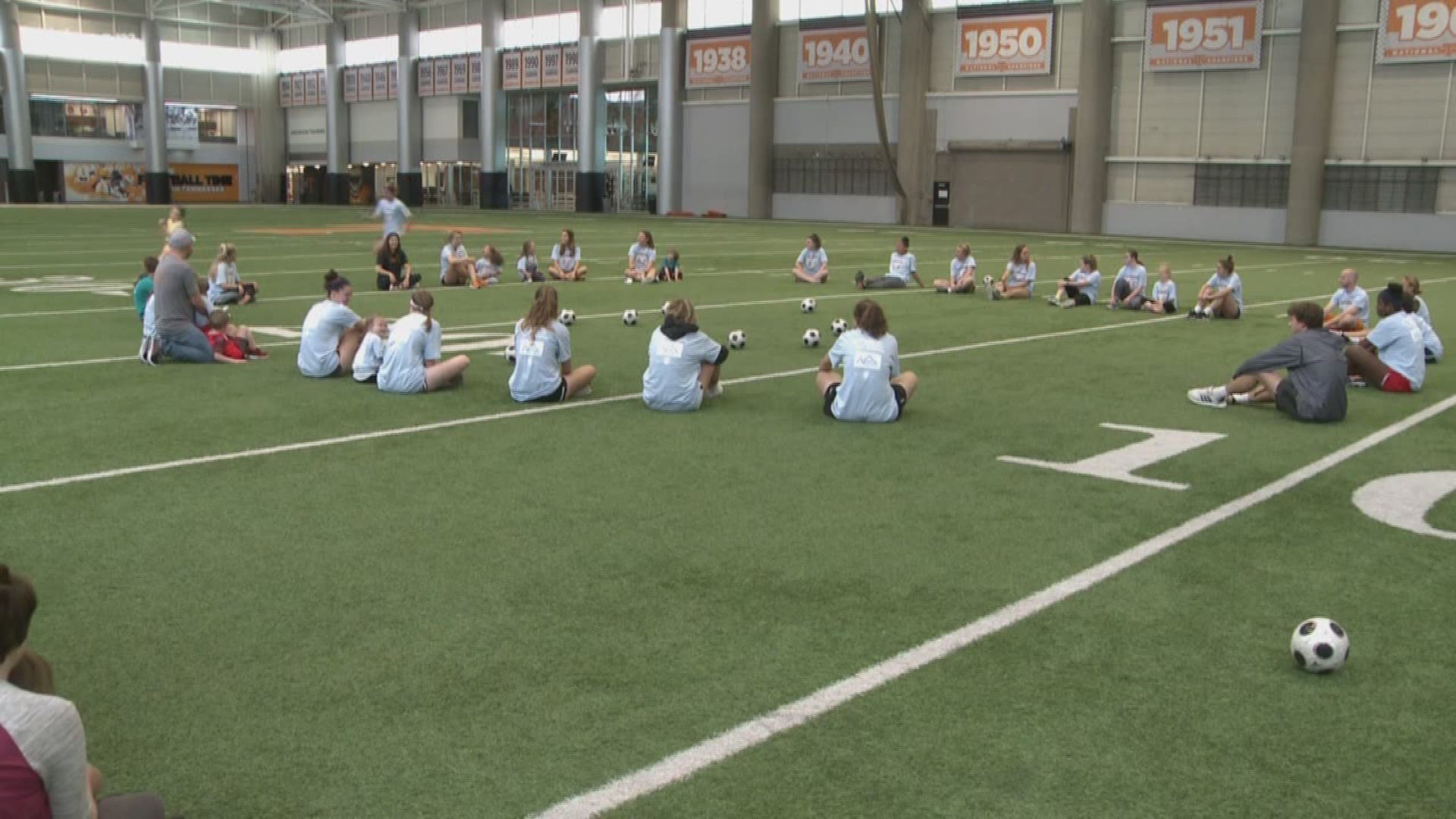 KNOXVILLE, Tenn — The Lady Vols soccer team will play an eight-week fall schedule with eight SEC games starting on Sept. 19. It's hoped they will return in the spring for more games.

There will be four home games at Regal Soccer Stadium including games against Vanderbilt, Missouri, Texas A&M and South Carolina. In addition to the regular season, all 14 SEC teams will travel to Orange Beach, Alabama, in November for the 2020 SEC Soccer Championship, with each team guaranteed to play at least two matches.

You can see the schedule here.

"It's going to be an exciting slate of games, with plenty to play for — including an SEC East division title and an SEC Tournament Championship," head coach Brian Pensky said. "Hats off to our players who are navigating through an extremely difficult time. They've trained hard and followed all the medical guidelines, which isn't easy on a college campus. After the longest preseason in the history of college soccer, they can't wait to get out there and play against some real, high-level competition in the SEC."

The Vols will open their season on the road at Alabama on Saturday, Sept. 19, with kickoff set for 2 p.m. ET as UT begins its season against a conference opponent for the first time in program history.

The following weekend, Tennessee will host in-state rival and defending SEC East champion Vanderbilt for the home opener on Sunday, Sept. 27 at 2 p.m.

Gameday seating at Regal Soccer Stadium will be approximately 25 percent of the venue's full capacity (~600 fans) on a first-come, first-served basis with distanced seating arrangements. Attendance and parking are free of charge for all regular-season matches at Regal Stadium.

"We owe a big thank you to our leadership," Pensky said. "From Greg Sankey and others at the SEC, to Coach Fulmer and Andrew Donovan right here on our campus. As well as our medical team, Dr. Chris Klenck and Greg Mytyk. Without all of these individuals and many others behind the scenes, we are not playing soccer this fall. And certainly not doing so safely."

With the NCAA Division I Board of Directors' decision to move fall championships to the spring, Tennessee will return to the field to finish its season during the spring semester. Dates and opponents for the spring have not been set.